Eating: An Act of Worship 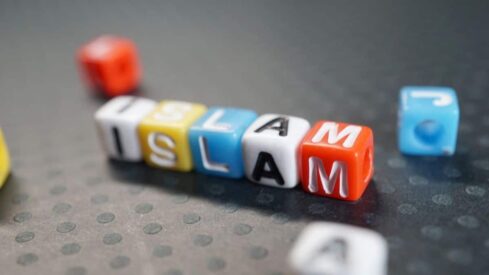 What strikes your mind when someone mentions worship? Most people would answer a ritualistic act performed in a prescribed place in a set manner, or something along those lines.

Food plays a prevalent role in an individual’s life. There is no denying that food is one of the necessary requirements for the survival of a human being.

Islam acknowledges the importance of consuming food to nourish the body and mind. Only when the body is healthy can the mind be healthy.

Food in the Qur’an

The Qur’an and Sunnah recommend food rich in nutrients. (You people: eat of what is on earth, lawful and wholesome] (Al-Baqarah 2:168).

The Qur’an also says what means: (So eat of (meats), on which Allah’s name hath been pronounced if ye have faith in his signs] (Al-An`am 6:118).

(He it is who produceth gardens with trellises and without, and dates, and tilth with produce of all kinds and olives and pomegranates, similar and different, eat of their fruit in season] (An-Nahl 16:141).

Live to Eat, or Eat to Live?

Islam emphasizes the concept of moderation in eating. Muslims are expected to eat for survival, to maintain good health, and not to live for eating. Moderation in dietary habits can help people to lead healthy and balanced lives. Modern research has proven that excessive eating and improper diet can increase the chance of diseases such as obesity, high cholesterol, heart diseases, and diabetes.

With regards to food, as with many other subjects in Islam, prevention is better than cure. Therefore, overeating has been strongly discouraged in the Qur’an and Sunnah.

(Eat and drink and be not immoderate. Verily Allah does not like the transgressors] (Al-A`raf 7:31).

The Qur’an also says what means:

(Eat of the good things We have provided for your sustenance, but commit no excess therein] (Taha 20:81).

In addition to the Qur’an, many hadiths, or sayings of the Prophet Muhammad encourage moderation.

The Prophet said, “No man fills a vessel worse than his stomach. A few mouthfuls that would suffice to keep his back upright are enough for a man. But if he must eat more, than he should fill one third (of his stomach) with food, one third with drink and leave one third for easy breathing” (Ahmad).

Reading these Qur’anic verses and sayings of the Prophet Muhammad, some people may think that Islam is too caught up with details of everyday life. Why is so much attention given to something like food and eating when there are more important things like charity, mercy, love, and piety to be discussed? This stress on daily details of life is, however, part of the worldview of Islam. The essence of Islam lies in the relationship between the human being and his or her Creator: God (Allah). Therefore, Islam lays down suggestions and rules for living in order to promote the maintenance of the kind of living that achieves the best results for this relationship. Consequently, Islam believes that optimum spiritual health can only be achieved if one is physically sound.

There are many Qur’anic verses and Prophetic sayings that recommend certain foods, such as honey, dates, figs, milk, and olives, for their healing properties.

For example, the Qur’an mentions the healing properties of honey: (And thy Lord inspired the bee, saying: Choose thou habitations in the hills and in the trees and in that which they thatch; Then eat of all fruits, and follow the ways of thy Lord, made smooth (for thee). There cometh forth from their bellies a drink divers of hues, wherein is healing for mankind. Lo! herein is indeed a portent for people who reflect] (An-Nahl 16:68-69).

The date, a fruit known for its rich nutrient value, is also recommended.

The Prophet Muhammad said, “There is a tree among the trees which is similar to a Muslim (in goodness), and that is the date palm tree” (Al-Bukhari).

The olive is mentioned several times in the Qur’an.

(He it is Who produceth gardens trellised and untrellised, and the date palm, and crops of divers flavor, and the olive and the pomegranate, like and unlike. Eat ye of the fruit thereof when it fruiteth, and pay the due thereof upon the harvest day, and be not prodigal. Lo! Allah loveth not the prodigals] (Al-An`am 6:141).

In Islam, all foods are allowed except for those which are harmful. The Qur’an lays down injunctions regarding diet.

(He has only forbidden you carrion, blood, the flesh of swine and that on which any other name has been invoked besides that of God. But if one is forced by necessity, without willful disobedience or transgressing due limits, then is he guiltless. For God is Oft-forgiving Most Merciful] (Al-Baqarah 2:173).

(Forbidden to you for food are: Carrion, blood, the flesh of swine and that on which has been invoked the same of other than God, that which has been killed by strangling, by violent blow, by a headlong fall or by being gored to death; that which has been partly eaten by a wild animal unless you are able to slaughter it (in due form), that which is sacrificed on stone (alters); (forbidden) also is the division (of meat) by raffling with arrows: that is impiety. This day have those who rejected faith given up all hope of your religion: So fear them not, but fear Me. This day have I perfected your religion for you, completed My favor upon you, and have chosen for you Islam as your religion. But if any is forced by hunger, with no inclination to transgression, God is indeed Oft-forgiving, Most Merciful] (Al-Ma’idah 5:4).

Alcohol is also prohibited. (They question thee about intoxicants and games of chance. Say: In both is great sin, and (some) utility for men; but the sin of them is greater than their usefulness. And they ask thee what they ought to spend. Say: that which is superfluous. Thus Allah maketh plain to you (His) revelations, that haply ye may reflect] (Al-Baqarah 2:219).

Islam also stresses proper eating and drinking etiquette. Some examples of etiquette which are encouraged include washing one’s hands before and after eating, saying “in the name of Allah” before starting to eat, never eating unless one is hungry, never indulging in excessive eating or drinking, sitting while drinking, and, finally, returning back to the main objective of helping people to improve and elevate their relationship with their Creator, praising and thanking Allah for the blessings of food and drink.