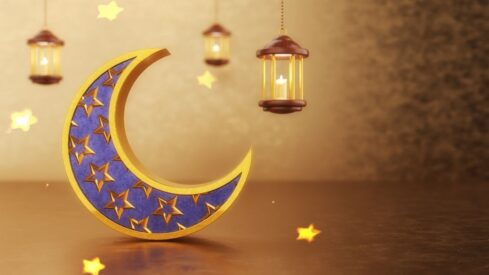 One of the moral traits recommended in the Qur’an is forgiveness. In a Qur’anic verse, Almighty Allah commands:

In another verse, He also commands:

[…Let them forgive and overlook, do you not wish that Allah should forgive you?] (An-Nur 24:22)

Those who do not abide by the moral values of the Qur’an find it very difficult to forgive others. That is because they are easily angered by any error committed. However, Almighty Allah has advised the faithful that forgiveness is more proper; He says:

[…If a person forgives and makes reconciliation, his reward is due from Allah…] (Ash-Shura 42:40)

[…But if ye forgive and overlook, and cover up (their faults), verily Allah is Oft-Forgiving, Most Merciful..] (Al-Mumtahanah 64:14)

It has also been revealed in the Qur’an that forgiveness is a superior moral trait. A Qur’anic verse reads:

[And whoever is patient and forgiving, these most surely are actions due to courage..] (Ash-Shura 42:43)

For that reason, believers are forgiving, compassionate and tolerant people who, as revealed in the Qur’an, [control their rage and pardon other people.] (Aal `Imran 3:134)

Believers’ notion of forgiveness is very different to that of those who do not live by the morals of the Qur’an. Even though many people may say they have forgiven someone who has offended them, it nevertheless takes a long time to free themselves of the hatred and anger in their hearts. Their behavior tends to betray that anger.

On the other hand, the forgiveness of believers is sincere. Because believers know that human beings are tried in this world and learn from their mistakes, they are tolerant and compassionate. Being forgiving, they make no distinction between large errors and small ones. Someone may cause severe losses to them by mistake; however, they know that everything takes place under the command and will of Allah and according to a specific destiny. Therefore, they surrender themselves to these developments, never acquiescing to anger.

According to recent research, American scientists established that those capable of forgiveness are healthier in both mind and body. Dr. Frederic Luskin, who holds a Ph.D. in Counselling and Health Psychology from Stanford University, and his team, studied 259 people living in the city of San Francisco.

The scientists invited the subjects to attend six one-and-a-half-hour sessions, and aimed to instruct them in forgiveness during their conversations. The subjects of the experiments stated that they suffered less after forgiving people who had wronged them.

The research showed that people who learned to forgive feel much better, not only emotionally but also physically. For example, it was established that after the experiment, psychological and physical symptoms, such as stress-related backache, insomnia, and stomachaches, were significantly reduced in these individuals.

In his book, Forgive for Good, Dr. Frederic Luskin describes forgiveness as a proven recipe for health and happiness. The book describes how forgiveness promotes such positive states of mind as hope, patience and self-confidence by reducing anger, suffering, depression, and stress.

According to Dr. Luskin, harboured anger causes observable physical effects in the individual. He goes on to say:

The thing about long-term or unresolved anger is that it resets the internal thermostat. When you get used to a low level of anger all the time, you do not recognize what is normal. It creates a kind of adrenaline rush that people get used to. It burns out the body and makes it difficult to think clearly, making the situation worse.

In addition, Dr. Luskin says, “When the body releases certain enzymes during anger and stress, cholesterol and blood pressure levels go up—not a good long-term disposition to maintain the body in.”

An article entitled “Forgiveness”, published in the September-October 1996 edition of Healing Currents Magazine, states that anger toward an individual or an event leads to negative emotions in people and harms their emotional balance and even their physical health. The article also states that after a while people realise that the anger is a nuisance to them, and wish to repair the damage that happened to the relationship with the other party. So, they take steps to forgive.

It is also stated that, despite all what they endure, people do not want to waste the precious moments of their life in anger and anxiety; rather, they prefer to forgive themselves and others.

In another study involving 1,500 people, depression, stress and mental illness were observed to be less frequent in religious people. Dr. Herbert Benson, an American cardiologist, who conducted the research, linked this to the way religions encourage “forgiveness” and went on to say, “There is a physiology of forgiveness… When you do not forgive, it will chew you up.”

Anger’s Hostility to the Heart

According to an article titled, “Anger is Hostile to Your Heart,” published in the Harvard Gazette, anger is extremely harmful to the heart. Ichiro Kawachi, an assistant professor of medicine, and his team scientifically demonstrated this with various tests and measurements.

As a result of their research, they established that grumpy old men had three times the risk of heart disease than their more tempered peers. Kawachi says, “The tripling of risk involves high levels of anger, explosive anger that includes smashing things and wanting to hurt someone in a fight.”

Researchers believe that release of stress hormones, increased oxygen demand by the heart’s muscle cells, and added stickiness of blood platelets, which leads to clots, explain how anger increases the chance of a heart attack.

Furthermore, at times of anger, the pulse rises above its normal level and leads to increased blood pressure in the arteries and thus to a greater risk of heart attacks.

According to researchers, anger and hostility can also trigger the production of proteins linked to inflammation in the blood. The journal Psychosomatic Medicine suggested that the emotion triggers the production of inflammatory proteins, which may in turn give rise to the hardening of the arteries, causing heart disease and stroke.

According to Associate Professor Edward Suarez of the Duke University Medical Centre in North Carolina, the protein interleukin 6 (or IL-6) is much higher in men who are angry and depressed. High blood levels of IL-6 lead to atherosclerosis, the build-up of fatty deposits in the lining of the walls of arteries.

According to Suarez, as well as factors such as smoking, high blood pressure, obesity and high cholesterol, heart disease is also linked to psychological states, such as depression, anger, and hostility.

Scientists at John Hopkins University in Baltimore, Maryland, found that quick-tempered men are at risk of heart attack, even if there is no family history of heart disease.

Seek a Healthy Life in Forgiveness

All the available research shows that anger is a state of mind that seriously damages human health. Forgiveness, on the other hand, is an aspect of superior morals that eliminates all the harmful effects of anger and helps the individual to enjoy a healthy life, both psychologically and physically. Nevertheless, this noble trait is not so easily attainable.

Forgiveness is certainly a form of behavior by which a person can stay healthy and a positive virtue that everyone should live by. However, a Muslim’s true aim of forgiveness —as in all else— must be to please his Lord.

It is only one of the many aspects of wisdom contained in the Qur’an that the features of this sort of morality —whose benefits have been scientifically identified— have been revealed in many verses of this noble book.