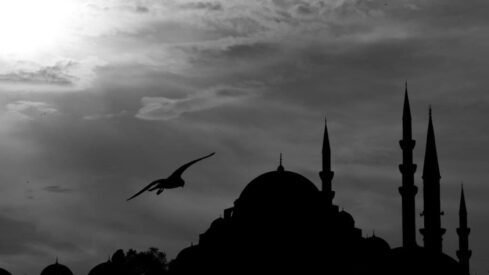 Allah emphasizes His generosity and kindness, in that He forgives whoever repents to Him from whatever evil they commit:

“If any one does evil or wrongs his own soul but afterwards seeks God’s forgiveness, he will find God Oft-forgiving, Most Merciful”. Surah 4 Verse 110

Ibn Abbas commented about this verse saying that Allah informs His servants of His forgiveness, forbearing generosity and expansive mercy. So, whoever commits a sin, whether major or minor, ‘but afterwards seeks Allah’s forgiveness, he will find Allah Oft-forgiving, Most Merciful’ even if his sins were greater than the heavens, the earth and the mountains.

It is also narrated by Ahmad that Abu Bakr said that Prophet Muhammad (pbuh) said:

‘No Muslim commits a sin and then performs ablution, prays two rak’ahs and begs Allah for forgiveness for that sin, but He forgives him.’

We are told many times in the Qur’an that Allah is the Oft-returning, Most Merciful. We understand from this that Allah is waiting for us to turn to Him in sincere repentance. If we are sincere, then Allah will have mercy on us.

We are also advised to ‘follow a bad deed with a good deed’. This means, as soon as we realize we have done something wrong, we should immediately try to do something good.

We should try to maintain the five times daily prayer, salat. This builds our relationship with Allah. During the prayer we recite the Fatiha in which we ask Allah for guidance. In a hadith Qudsi (conversation between Allah and His Prophet which is not part of Qur’an), it is explained that the prayer is divided into two parts, part is for Allah and part is for the worshipper. Allah promises to give the worshipper what s/he asks for – guidance! It is also necessary to read the Qur’an to understand and implement this guidance from Allah in our daily lives.

Both Sahih Bukhari and Sahih Muslim record the hadith of Abu Sa’id (may Allah be pleased with him) that Prophet Muhammad (pbuh) told about the man who killed ninety-nine people. Later on, he regretted it and asked a worshipper, among the Children of Israel, whether he could repent. This worshiper told him no! So, he killed him, thus, completing one hundred. Then he asked one of their scholars whether he could repent. He said: ‘What is stopping you from repenting?’

Then he told him to go to a town where Allah was worshipped. He set out for that town, but death came to him while he was on the road. The angels of mercy and the angels of punishment disputed over him. So Allah commanded them to measure the distance between the two towns, and the place where he died. Whichever (town) he was closer to, when he died, was the one to which he belonged. They found he was closer to the town he was heading for. Thus, the angels of mercy took him. It was said that when he was dying, he moved himself – towards that town – while Allah commanded the good town to move closer to him and the other town to move away.

On the other hand, al-Bukhari recorded that Ibn Abbas said that some of the people of shirk(associating partners with Allah) killed many people and committed zina, (illegal sexual acts) to a great extent. they came to Muhammad (pbuh) and said: ‘What you are saying and calling us to is good; if only you could tell us that there is an expiation (way of making amends) for what we have done.’ Then, the following verses were revealed:

Those who, when they spend, are not extravagant and not niggardly, but hold a just (balance) between those (extremes);
Those who invoke not, with God, any other god, nor slay such life as God has made sacred except for just cause, nor commit fornication; – and any that does this (not only) meets punishment.
(But) the Penalty on the Day of Judgment will be doubled to him, and he will dwell therein in ignominy,-
Unless he repents, believes, and works righteous deeds, for God will change the evil of such persons into good, and God is Oft-Forgiving, Most Merciful,

Say: “O my Servants who have transgressed against their souls! Despair not of the Mercy of God: for God forgives all sins: for He is Oft-Forgiving, Most Merciful.
“Turn ye to our Lord (in repentance) and bow to His (Will), before the Penalty comes on you: after that ye shall not be helped”. Surah 39 Verses 53 – 54

We can understand from what has been said here that Allah forgives all sins provided that a person repents. Additionally, one must not despair of the mercy of Allah, even if their sins are many and great, for the door of repentance and mercy is expansive.

“Know they not that God doth accept repentance from His votaries and receives their gifts of charity, and that God is verily He, the Oft-Returning, Most Merciful?” Surah 9 Verse 104

While we are still able to perform actions, it is never too late to turn to Allah. When we do, we should try to live as Muslims, that is, fulfilling all our obligations as Muslims. As our iman (faith) increases, so our knowledge, understanding and practicing of Islam improves, insha’Allah. 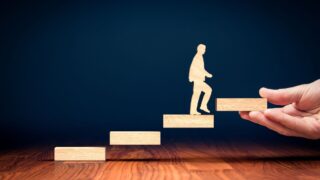 When it comes to racing for other than Allah, enmity comes with the race.