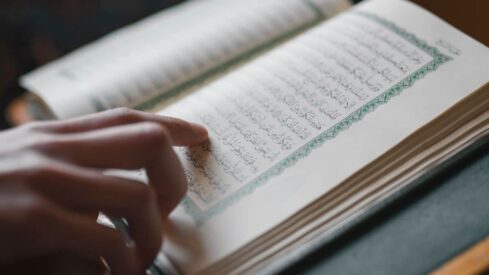 This is the scenario of a simple story that was settled before I can remember and far beyond of my awareness. It doesn’t follow the usual descriptive order as you will understand, because the end is in fact the beginning.

It was a common day, like any other of the last weeks; working, preparing the discussion of my master’s degree dissertation, and organizing the trip to Nepal intending to satisfy the need for a deep rest intertwined with a motivation to feel like a foreigner, which had been growing as a result of two years without vacations. I was willing to listen to other folk’s languages, to observe their traditions, to know their religion, their eating habits, their costumes, their homes and so on. Europe seemed so close; it didn’t look as deep as my necessity, and Buddhist philosophies had roused my interest some years before.

One month earlier I was attending the prayers at the Buddhist temple in Lisbon. My goal was starting to prepare myself for my stay in Nepal, to experience in reality the prayers which the Dalai Lama speaks about, and if possible to learn a few meditation techniques—something that might be of value in moments of anguish, which I knew I’d go through, and might help me to find the way, to “enlightenment.” At the end of the day I had taken the first step, voluntarily, to be just one more dharma bum of Kerouac’s stories, and the fear of being like the guy who decided to be a monk invaded me as well. Fear because I had family and friends, because as a psychologist I had a job in which I was responsible for others, because in my inner self I knew I wanted ardently to achieve buddhity and this thought, more than any other, scared me.

I’d searched for prices and dates on which I could travel. The idea was to take the plane to Delhi, and from there one of the buses doing the route to Kathmandu – because it was cheaper, and to be traveling with the local people appeared much more interesting. But the answer had been invariable everywhere: “All flights are booked, there’s nothing else to do but wait!” Very well, I’ll wait. I waited for almost a month in anxiety, as if I was forcing something without understanding what, while simultaneously I was feeling some insinuating culpability traits because I thought, “one month absent might be an irresponsibility; after all it is time only to meditate on my existence and the world’s suffering.”

Some days went by, and circumstances changed. My mother wasn’t able to travel to Egypt as planned, two months from then:

“Do you want to go instead of me?” she asked.

I’m thankful for the new alternative but, I don’t give it a great importance because my mind is hooked on Nepal; when suddenly, in the middle of some casual activity, my mind was cleared and I could feel myself thinking “that’s the trip of my life: going to the desert, crossing Sinai and getting to Jerusalem.” A shiver ran through my body from head to toe; I want to go!

So, I started going to these Catholic group meetings and started to practice my religion assiduously. At the same time I decided to buy and start reading the Qur’an to know what Muslims think about God. The idea of God had been hovering above my spirit more clearly for four years now. That is, I was born into a believing family, although I didn’t go to church regularly. When I was a child my mother kneeled down with me every night, and right beside the bed with our palms folded we prayed the Our Father and Guardian Angel; then she used to place me comfortably under the sheets, and I knew I could sleep safely.

I started to move further away from this feeling when I was 17. I moved alone to Lisbon to study at the university. I started to enjoy the opportunity to hang out with friends, to have some drinks and to subtly and beautifully mask the trap that was getting installed, to confront timidity and erase the pain of the void which went on growing each time I looked for something more within others and kept finding them also empty. They said I was hoping for someone who believed in the impossible, in the dream, in love, in the will to transpose it into reality and defend it with the entire soul against everything that might diminish its beauty. As time passed by, each day I started to use fewer religious words in my vocabulary and, fundamentally, the word that was able to translate all the above sentiments was God. Little by little those words progressed to others such as better world, peace, altruism, predisposition to, instincts, emotions, cognitions, neurotransmitters and all the panoply of scientific talk, until two years ago.

I’m on top of Mount Moses, Sinai. In the last hours I’ve prayed, read the Bible, and tried to be close to God as much as I could because today is Christ’s Ascension Day, and I’ve planned everything to be at this place on this specific moment. My heart is full of happiness and gratitude, but some fears start arising in my mind because there’s no one there except myself and some Bedouins on the other side. Exactly at that moment I perceive something, I don’t know what it is, but it’s like a gentle melody. I focus my attention on it and start listening to the most beautiful crystalline and soft voices, and so I turn to the immense vastness of stars above me. Where do these voices come from? They sound like angels. Oh my God, I never heard the angels but could it be? Who else could whisper this sweet music and reach the top of the mountain? I don’t know. It doesn’t really matter. I feel such a great peace and comfort –just like that childhood feeling again- and I know that I can sleep now; I know that I’m safe. Surely I know there’s a God, Who created the heavens and the earth and all that is between them.

Walking back again through the cities of Egypt I saw Muslims praying on the streets when it was prayer time, no matter what, and I thought “what humbleness, and what faith these people have.” I had just been given that precious blessing on the mountain, and every time I watched them I felt I was losing something, I felt incomplete, and each time it caused me sorrow.

It took me a while to understand why; I had never in my life knelt before someone and even less did I put my forehead on the ground to thank someone for anything or to ask anything of someone. God revealed Himself to me to be the only one worthy of my kneeling, and towards Whom I felt the need of doing so. And what about Jesus, the questions started sparking uninterruptedly outside and inside myself: Do you worship him? Is he the son of God? Is he God? Define the concept of trinity. Why did Jesus die? How did he resurrect? Who wrote the Bible? Do you believe Muhammad is a prophet of God? My brain started spinning round, because my heart knew what my mind did not.

I went back to Portugal, continued reading the Qur’an until the end, and faced myself with my daily world. The world built by humans, the world of visible things, the relentless racing for a bursting wallet, falsehood among lips and eyes, sacred words proclaimed in vain, the promulgation of false deities and faith in its images, temptations served on luxuriant hotel breakfast trays, denuded legs lying over the satin sheets rented for a night, while the scrupulously lustrous shoes pass through the corridor in large steps, the nationally approved and promoted vices, the lie, death excused by the former and death without any excuse, and families built on dishonour. I was overcome with anguish because we don’t belong to this world. Something must be changed.

Two and a half months before, I had arrived to Cairo once again. But now I had a different insight in my heart. And on the evening of that specific day, from the depths of my being, I repented and asked for forgiveness; I humbly said grace and prayed to be accepted while my voice was trembling with the words “There is none worthy of worship except Allah and Muhammad is the Messenger of Allah.” I decided to change myself.