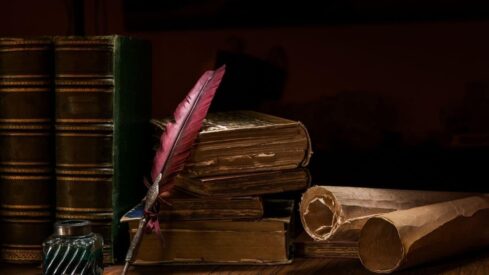 Among the Companions of Prophet Muhammad (peace and blessings be upon him) were famous narrators of Hadith. They enjoyed the firsthand experience of hearing the Prophet’s teachings and observing his conduct. Below are some information on the seven most famous narrators among the Companions. They are also among those called the mukaththiroon (i.e., those who narrated a lot of hadiths), as they narrated more than a thousand hadiths each.

Abu Hurairah stands at the top of the list of Hadith transmitters. This is because of the sheer bulk of his narrations. He was regarded by the Prophet himself as the most eager, among all Muslims, to acquire the knowledge of Hadith.

Belonging to the tribe of Daws, an offshoot of the great clan of Azd, Abu Hurairah came to Madinah in the seventh year of the Hijrah (the Prophet’s migration to Madinah). On being told that the Prophet was in Khaybar, he went there and accepted Islam. Since that time and until the death of the Prophet, Abu Hurairah  constantly remained in the company of the Prophet, attending him and memorizing his words during the day, thereby sacrificing all worldly pursuits and pleasures.

We are told that Abu Hurairah would divide his nights into three parts: one for sleeping, one for praying, and one for studying. After the death of the Prophet, he was appointed governor of Bahrain for a while during the caliphate of Umar ibn Al-Khattab. He also acted as governor of Madinah under the early Umayyad caliphs. He died in AH 59 (678 CE).

When the Prophet died, information about religion and jurisprudential judgments had to be sought indirectly. At that time, Abu Hurairah (who instructed more than 800 students in Hadith) poured out the store of knowledge he had so meticulously accumulated. At times he was taken to task for reporting certain hadiths unknown to other Companions. But he would reply that he had simply learned what the Ansar (Muslims of Madinah) had missed because they had been attending to their lands and properties, and what the Muhajirun (Immigrants to Madinah) had failed to learn because of their commercial activities.

Once he was taken to task by `Abdullah ibn Umar for relating a particular hadith, so Abu Hurairah took him to `A’ishah, who bore witness to the truth of what Abu Hurairah had related. His knowledge and memory were also tested by Marwan ibn Al-Hakam, the then governor of Madinah. Having written down some hadiths related by Abu Hurairah, Ibn Al-Hakam wanted him to relate the same after a year. He found them to be exactly identical to Abu Hurairah’s earlier narration.

When one considers Abu Hurairah’s intense dedication to learning Hadith, his devotion to the Prophet, and the various tests applied to his memory and scholarship by his contemporaries, one finds it inconceivable that he would have fabricated any hadith. This does not mean, however, that some material was not falsely imputed to him at a later time. The fact that he narrated a uniquely large number of hadiths did make inventing hadiths in his name an attractive proposition.

The son of Caliph Umar ibn Al-Khattab, Ibn Umar is the second most prolific narrator of Hadith. He and his father had simultaneously accepted Islam, and they immigrated to Madinah together. Ibn Umar took part in many battles during the Prophet’s lifetime; he also took part in the wars in Mesopotamia, Persia, and Egypt. However, he maintained strict neutrality in the conflicts that erupted among the Muslims following the assassination of the third caliph, `Uthman ibn `Affan.

Despite the immense esteem and honor in which he was held by all Muslims, who repeatedly asked him to become caliph (an offer which he refused), he kept himself aloof from factional strife. Throughout those years, he led an unselfish, pious life, setting an example of an ideal citizen, just as his father had set an example of an ideal ruler. He died in Makkah in the year AH 74 (692 CE) at the age of 87.

`Abdullah’s long association with the Prophet and his kinship with the Prophet’s wife Hafsah and with certain other Companions offered him a superb opportunity to learn Hadith. His long, peaceful life gave him time and leisure enough to teach and spread the hadiths he had learned among the Muslims who assiduously sought them.

He was renowned for the extreme scrupulousness with which he related hadiths. Ash-Sha`bi, the famous Hadith narrator, remarks that he did not hear a single hadith from him for a whole year. When Ibn `Umar related hadiths, his eyes would be filled with tears. His activities in the service of Islam, his austere life, his straightforward and honest character, and his careful treatment of the hadiths render the material we have from him of the highest value.

At the age of 10, Anas was presented by his mother, Umm Sulaym, to the Prophet following the Hijrah. From that time and until the Prophet’s death, Anas was the Prophet’s favorite attendant, and afterward he was appointed by Abu Bakr As-Siddiq as a tax collector in Bahrain. Toward the end of his life, Anas settled in Basra, where he died in 93 AH (711 CE). He is said to have lived more than a hundred years.

During the 10 years he spent in the Prophet’s service, he was able to memorize a large number of his words. Later, he also learned a good deal of the Prophet’s hadiths from Abu Bakr As-Siddiq, Umar ibn Al-Khattab, and many other Companions. His knowledge of Hadith was so copious that his death was regarded as a deathblow to half of the entire mass of hadiths. Scholars of Hadith accept him as one of the most prolific narrators of Hadith.

Mother of the Believers `A’ishah

`A’ishah occupies the fourth place among the mukaththiroon. She enjoyed the constant company of the Prophet for about eight years and a half. She died in 57 AH (676 CE) at the age of 65.

`A’ishah was naturally endowed with a retentive memory and a developed critical faculty that enabled her to memorize a large number of ancient Arab poems, for which she was a recognized reference. During her lifetime, she was also esteemed for her expertise in medicine and Islamic law.

It was on account of her extensive knowledge of Hadith and Islamic law that even the most important Companions sought her advice on jurisprudential problems. A long list of those who related Hadith on her authority may be found in Ibn Hajar’s book Tahtheeb At-Tahtheeb.

He was born three years before the Prophet’s Hijrah and was thirteen years old at the time of the Prophet’s death. He was greatly loved by the Prophet, as is apparent from the hadiths that concern him. He died in AH 68 (687 CE) at the age of 71.

There is, however, no doubt that the number of hadiths related by Ibn `Abbas directly from the Prophet is very small in comparison with what he related via some Companions. He learned these hadiths through years of hard labor. He remarked, “Whenever I expected to learn any hadith from a Companion, I would go to his door and wait there until he came out and said, ‘O cousin of the Prophet, what brings you here? Why did you not send for me?’ And I would reply that it was only proper that I go to him. Then I learn the hadith from him.”

Ibn `Abbas was held in universal awe for his intellectual powers and capacity for memorization. He was entirely devoted to the study of the Qur’an and the Sunnah, and was loved and respected for his scholarship by all the first four caliphs, as well as his contemporaries. He collected a large body of hadiths, which he wrote down in books. He delivered lectures on them to his disciples. His tafseer (exegesis) of the Qur’an (which was handed down by his student Mujahid) is well known. It has been referred to by numerous later commentators.

This Companion is one of the early converts to Islam in Madinah. He was present in Makkah at the second meeting of the Prophet and the first group of Muslims of Madinah .He took part in 19 battles in the Prophet’s company, and died in Madinah in ca. AH 74 (693 CE) at the age of 94.

Not only did he learn hadiths from the Prophet but also he learned hadiths from many of the Prophet’s important Companions, including Abu Bakr, `Umar, and others. He also studied under some of the Tabi`in (first generation after the Prophet), including the famous Umm Kulthum, the daughter of Abu Bakr. He used to teach Hadith regularly in the mosque in Madinah.

His name is Sa`d ibn Malik, and he is another early convert of Madinah. His father was killed during the Battle of Uhud. He, himself, took part in 12 of the battles fought during the Prophet’s lifetime. He died in Madinah in AH 64 (683 CE).

Like Abu Hurairah, he was one of Ahl-us-Suffah — those people who lived on the porch of the Prophet’s dwelling by the mosque in order to dedicate themselves to an austere life of Prayer and learning. He learned the Sunnah from the Prophet, as well as from his important Companions, such as Abu Bakr, `Umar, and Zayd ibn Thabit. He was considered the best jurist among the young Companions.

He was an early convert who struggled for the cause of Islam, enjoyed the company of the Prophet for many years, and lived long enough after the death of the Prophet to transmit the hadiths that he had learned from him. Although he lived during the period of the civil war, Ibn `Amr resembled Ibn `Umar in keeping himself aloof from factional strife. He was, however, present at the Battle of Siffin at the insistence of his father, but he took no active part in it. Later, he deeply regretted that he had been present there at all.

His interest in perpetuating the Sunnah of the Prophet was intense. He wrote down all the hadiths he had learned from him, collecting a thousand of them in one work that he called As-Sahifah As-Sadiqah. When he settled in Makkah, students of Hadith flocked to him in droves. But, because he lived for the most part of his life either in Egypt or in At-Ta’if and because he occupied himself more with Prayer than with the teaching of Hadith, the later generations of Muslims received fewer hadiths from him than from Abu Hurairah, `A’ishah, and others. 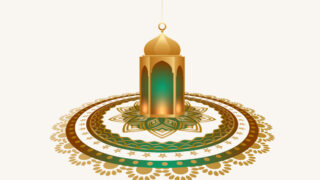 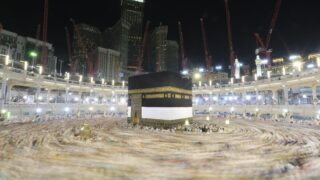 When one’s supposed-to-be good deeds are not accepted, the loss in this world and the Hereafter is manifest! 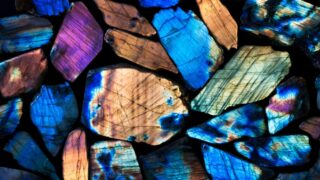 When a value decreases due to familiarity, such thing no longer receives hospitality.