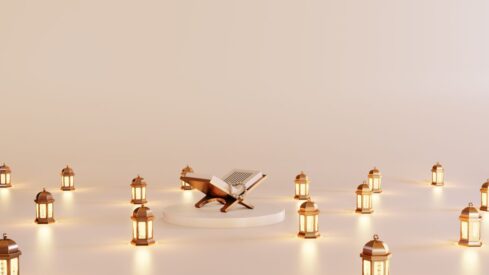 The Prophet Muhammad was a teacher, guide, and leader. He brought the message of the oneness of God that lives on among the Muslims today. How can we cultivate the deep love for the Prophet Muhammad? And how do we best show our love for him?

With me is Dr. Shabir Aly, President of the Islamic Information Center, on “Let the Quran Speak”

Q: Dr. Shabir, I guess many Muslims do love the Prophet Muhammad already, naturally. Why is that so?

A: Of course, being a Muslim and subscribing to the basic creed of Islam naturally places a Muslim in that loving relationship with our Prophet Muhammad (peace be upon him). We declare that there is no God but God and that Muhammad is the messenger of God.

We know of the One God, we know about His message through Muhammad who brought that message to us, and so the act of being a Muslim just involves so much of following the Prophet’s example and that Muslims would naturally love the Prophet Muhammad (peace be upon him).

Q: I guess also what we know of the Prophet Muhammad is that he had a noble character, he was a good person, a moral person, he treated people fairly and justly and so those things also cause us to love him.

A: Yes. The more one reads about his life and sees him in operation there among his contemporaries, when one looks at the nature of life at that time and sees how the Prophet Muhammad rose above the limitations of his time and how he showed himself to be a great moral example, a wise teacher, and a kind person to be around, the more one falls in love with our Prophet (peace be upon him).

Q: We also know that he suffered for his cause. He wasn’t just preaching, but he was also facing insults, death threats, those sorts of things, and he still continued to spread the message of Islam.

A: Yes. And this aspect of life evokes in Muslims a great degree of pity and compassion for him and naturally that contributes to the love that we have for him. The Quran speaks about the Prophet, peace be upon him, being closer to the believers themselves (33:6) and then it continues to say that the wives of the Prophet are their mothers (mothers of the believers) and when we speak of one of them in a singular, we say the mother of the believers, then mention her name. So this creates a close relationship with our Prophet, peace be upon him.

And indeed as some of the companions said that the Prophet, peace be upon him, taught them things like manners and etiquettes in a such a detailed way that would be in the way in which a father would teach his children.

A: Yes. In fact the Quran describes him as being rahim (merciful) towards the believers and he was quite compassionate and caring for his believers. On many occasions, he is noted that he was saying “Ummati, Ummati” (My followers, my followers) in a state of anxiety and concern for his followers.

A: There is an interesting verse that is often cited in this respect, though it doesn’t speak so much about the love for the Prophet but the love of God and it seems to include in a way love of the Prophet. Let me recite it then we’ll see. It says that:

{If you love Allah, then follow me, [so] Allah will love you and forgive you your sins. And Allah is Forgiving and Merciful.} (3:31)

What will happen if you follow the Prophet? God will love you and will forgive you your sins.

The idea being here that even if a Muslim claims to love God, which every Muslim will claim, then the way of showing that rather than claiming it in words alone is to follow the Prophet Muhammad (peace be upon him).

So following him would demonstrate a Muslim’s love for God. How much more so if one claims to love the Prophet Muhammad (peace be upon him). I would now add that one should really follow the Prophet.

And many verses of the Quran command Muslims to obey the Prophet and to follow him. And Muslims have always understood this to involve at least following the broad outlines of his life and understanding the moral principals by which he lived and copying his example in our own situation.

Q: There is a tendency to give him sometimes (because our love for him) supernatural qualities. How do we avoid that? How do we retain his human character, while also loving and respecting all that he’s done?

A: It’s important that we strike a balance in this respect. Normally we eulogize persons especially after they’re dead, it could be an ordinary individual but we want to say the nicest things about that person, and we don’t want to say anything negative.

In terms of heroes and saints of old, it is well known that there is a whole body of literature known as hagiography, this is writing about the saints. And usually in this hagiographical writings, everything good is said about these saints and they’re made to be larger than life, so too with the Prophets and great figures.

Sometimes, in dealing with our Prophet Muhammad, peace be upon him, it feels uncomfortable to the Muslim to admit the very simple fact which is so prominent in the Quran. The Quran has the Prophet’s say:

So, he is made to proclaim that he is an ordinary human being, the main difference being that he has received this revelation saying that {your god is one God.}. Then that passage continues in the Quran to say:

{So whoever would hope for the meeting with his Lord – let him do righteous work and not associate in the worship of his Lord anyone.}

The Prophet’s message throughout is “You should believe in God and follow me.” Follow the Prophet but don’t make him into a god. And in fact, Muslims have been faithful in this respect in that they have not made the Prophet Muhammad, peace be upon him, into a god.

At the same time, sometimes Muslims have exaggerated the person of the Prophet Muhammad, peace be upon him, and they’ve tried to elevate him to a status that is above human beings; rather, the proper way is to say that he was a human being but among human beings, he was the best.

Host:  That’s a beautiful way of putting it.