Like a Newborn Child – A Catholic Woman Discovers Islam 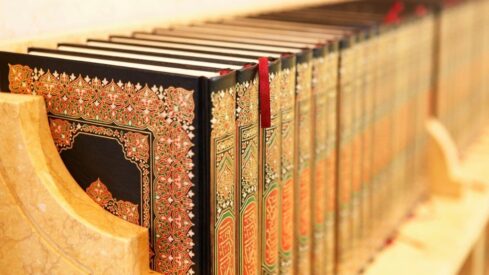 Being brought up in a Catholic Christian household I always felt the importance of being in a religion, and respecting the will of God. However even from an early age I sensed that the religion I was brought up in was not quite what I expected. My earliest memories bring me to a typical Sunday scene sitting in church and looking around me, not digesting what the priest was saying, and staring at a hall full of statues and paintings of various “religious” scenes and persons.

I always remember asking myself: can this be it? Is this the truth? Can this massive symbol of a cross that everyone kneels and bows to, be the true meaning of God? And can this priest dressed in all his luxurious garments of silk and gold be the essence of piety and humbleness and subservience to the Most Divine?

Somehow I felt inside me, that something wasn’t quite right. The mere fact that Jesus (peace and blessings be upon him) was given a godly status in the Christian religion instead of being accepted as one of Allah’s Prophets made my stomach twist and turn. It was something which I just could not accept, and this was the first sign that made me understand that I was no longer Christian, but something else.

After just turning 18 I decided I would go to University and get a degree, but at the same time, find the chance to get out of the Christian household I was in, and find the peace and freedom to do some soul searching! Indeed Allah blessed me with this chance, since it proved to be the best decision I made in my life.

Attending university I came across many cultures and backgrounds, and many people who would come in and out of my life who helped me in my path. My first encounter with Islam was through different Muslims from Saudi Arabia, Bahrain, Egypt, Pakistan, Turkey, Italy, United Kingdom and many more countries. All these friends in fact came into my life at the most appropriate time, a time when I needed information about religion.

But I do remember an occasion in 2001 (which I think was my first REAL introduction to Islam) when I visited a friend and seeing for the first time the Qur’an standing directly opposite me on a bookshelf. Just by looking at it, I got this urge and curiosity to look and read what was inside.

Naturally it was written in its original language, in Arabic, and I couldn’t understand a thing, but my friend began to calmly explain what I was seeing! Was it a coincidence that most people I came across were Muslims? I think NOT.

My reversion to Islam happened quite gradually after that, approximately 1 year later. I specifically remember saying to myself one day just before the beginning of Ramadan in 2002 “Shall I go to church today? Why should I go? Who am I kidding? I don’t believe that Jesus (peace and blessings on him) is the son of God, so why should I go to church. I am not going to church to please my parents, nor am I going there to please other Christians any more. I want a religion that pleases God and is for God and only God. I want to thank God more than once a week or twice a week for all the blessings I have. I want to thank Him every day, 5 times or more if I can, not every Sunday.” This on its own made me think, it made me think that I was happy to believe in God as one complete whole, not divided into three parts.

Reading the Qur’an and the life of the Prophet (peace be upon him) I came to realize that I did believe he was a messenger of God, and in fact the last of God’s messengers. I also began to pray at this time, and started my first fast ever that year in Ramadan. After obtaining a lot of information about Islam and asking all the questions I needed to know their answers; I finally came into the world like a new-born child. What can only be described as ‘LIGHT’ was suddenly shone upon me. I decided when Ramadan had finished and we had celebrated `Eid that there was no way I was going to be anything else BUT Muslim, and that was my deciding moment.

After so many years of being blind, and walking in the dark, one day, Allah the Most Gracious Most Merciful shone the torch in my eyes, and I woke up from the trance, from the illness, from the blindness I was trapped in for so long.

My reversion to Islam has let me be more peaceful as an individual, I feel I make the correct Insha’ Allah decisions most of the time and above all I feel that I try to live my life in light of Allah’s wishes. What made me do it?

The simple and so logical words. The clearest and most perfect words that have ever reached human ears. “La ilaha il Allah, Muhammed Rasoull Allah”. This sentence was the defining moment in my life which made me become a Muslim, and to this day, I have never looked back. Allah is One and Whole and Perfect and Muhammad was His last Prophet.

The Qur’an for me is like a manual, just like a car needs a manual to function properly, the Holy Quran is the guide -book to life, and something which covers All areas and is something which we cannot live without.

I am proud to be Cypriot and Muslim Alhamdullah. This is not because I am proud of my ethnicity, but it is because Allah’s power crosses barriers and reaches to all corners of the globe. Living in the free part of Cyprus unfortunately means access to Muslims, Islamic books and centers is sparse. Does this discourage me? Not at all! In fact I love Islam more every day because of it!

My parents found out about my reversion to Islam during Ramadan 2005, and this was because I felt it was better to tell them my news while I was near them and not away studying at university.

I felt that it was important to be around them when I delivered this news, so that they knew I hadn’t run away from them and deserted them. In fact I wanted them to see me and how I had become because of Islam, and to slowly In sha’ Allah enter the faith themselves by trying to set a good example.

My father reacted very well to the news, and appreciates my views as an individual and Al-hamdu lillah has shown willingness to read some books about Islam; however my mother’s reaction was not as calm. I feel that this is more because she is afraid for me, due to the fact that she knows little about Islam, but Al-hamdu lillah we have also began to talk about the faith and she also is becoming more accepting.

After I graduated from University with my undergraduate degree and Masters Degree I am now working as a trainee in a large company and feel that Allah has allowed me to make great progress as an individual. If I could give any advice to anyone it would be; “listen to your heart, listen to the signs, listen to the words, LISTEN, the truth is there, embrace it, this life is not forever.” 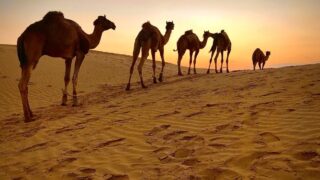 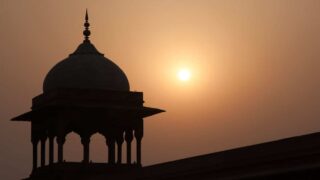