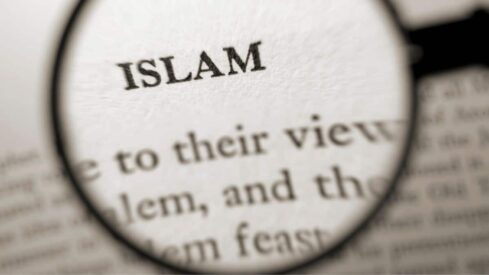 The Arabic term ikhlas literally means purity, which is used in the Qur’an to refer to various things. For example, a verse mentions the purity of milk: (We produce, for your drink, milk, pure and agreeable to those who drink it) (An-Nahl 16:66). Purity in this verse refers to something that is natural, pure, wholesome, and not mixed with anything else.

The Qur’an also uses the term ikhlas to refer to the purity of faith and belief, where a short but crucial chapter in the Qur’an named Al-Ikhlas (purity), says what means:

[Say: He is Allah, the One and Only; Allah, the Eternal, Absolute; He begetteth not, nor is He begotten; And there is none like unto Him.] (Al-Ikhlas 112)

This chapter was named Al-Ikhlas to refer to the purification of the belief in God from any form of polytheism, whether by worshiping some other deity instead of God, worshiping a deity alongside God, or regarding objects or persons that God created as intercessors between God and man.

Another meaning of purity is the sincerity of intention behind any action or behavior. Islam regards the motives behind what people say or do as essential and that these motives should always be to pursue the pleasure, approval, and satisfaction of God.

People whom we encounter daily have certain motivations behind their actions. These motives determine their enthusiasm, quality and amount of effort, and even their tolerance and perseverance while working.

Some peoples’ intentions and motives may be detected easily through their behavior, which may reflect selfishness, love for money, or the need for prominence and pride.

Islam does not just look at the superficial aspect of deeds irrespective of its motives. God evaluates peoples’ deeds according to the intentions behind them. This meaning is referred to in the Qur’an when it talks about animals which are sacrificed during the rites of pilgrimage, where it says what means:

[It is neither their meat nor their blood that reaches Allah: it is your piety that reaches Him.] (Al-Hajj 22:37)

Another verse in the Qur’an states that it is the sincere intention behind our actions that is important, rather than the superficial or formalistic aspect:

[Verily it is We Who have revealed the Book to thee in Truth: so serve Allah, offering Him sincere devotion. Is it not to Allah that sincere devotion is due? But those who take for protectors other than Allah (say): “We only serve them in order that they may bring us nearer to Allah.” Truly Allah will judge between them in that wherein they differ. But Allah guides not such as are false and ungrateful.] (Az-Zumar 39: 2-3).

The reward for deeds depends upon the intentions.

The term ikhlas in this verse refers to the purity of intention, which has also been emphasized by the Prophet Muhammad (peace and blessings be upon him) when he said, “Verily, Allah does not look to your faces and your wealth but He looks to your hearts and to your deeds” (Muslim).

In another hadith the Prophet said, “The reward for deeds depends upon the intentions and every person will get the reward according to what he has intended” (Al-Bukhari).

Is Ikhlas Restricted to Worship?

Ikhlas does not only relate to the pure acts of worship like prayer and fasting but it also relates to the customary activities that are done with a good intention, which can be transformed from just a customary act to an act of worship. One scholar said that a pure intention could change customary actions to the honor of worship, provided that the act is not forbidden or prohibited.

You will be rewarded for whatever you spend for Allah’s sake.

For example, eating is a daily activity that is necessary for people to survive. However, if people thank God for providing them with food, and intend to eat in order to strengthen their bodies, in order to fulfill the mission for which they have been created, then it will be considered an act of worship.

Also, many people who are married or have children, feel responsible for feeding them, regardless of their faith or philosophy. This customary act was described by the Prophet Muhammad as an act of worship and charity, when he said, “You will be rewarded for whatever you spend for Allah’s sake, even if it were a morsel which you put in your wife’s mouth” (Al-Bukhari). He also said that whatever a person spends on himself, his wife, or his children is charity (Ahmad).

Concerning charity, the Prophet also said, “There is none amongst the Muslims who plants a tree or sows seeds, and then a bird, or a person or an animal eats from it, but is regarded as a charitable gift for him” (Al-Bukhari).