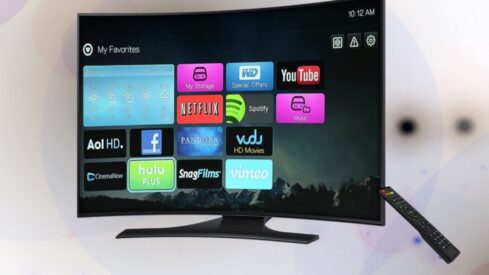 Watching TV and videos has become the most popular modern pastime for young people. Business people have made good use of this and are continually producing more and more exciting, enthralling films. We can sit down to a smorgasbord of soap operas, live talk shows, scary films, horror films, science-fiction films, action films, old black-and-whites, or bloodthirsty revolting films—just about everything a depraved heart could desire. To be fair though, there are also informative programs, nature programs, documentaries, news, current affairs, and lots of other inspirational and enlightening programs. There is so much to choose from that a person could sit in front of the TV all his life and still never watch all there is to watch. Is that however a noble pursuit? How much has TV come to dominate our lives? And how much of our talk is based around the latest film?

Some people are not content to watch a film or program now and again but have reached the extent that they are addicted to watching TV. You might think this is a strange thing to say, but there are many people who cannot be in their home unless the TV is on, even in the background. As soon as they enter the house, on it goes. If there happens to be an electricity cut they will move around feeling lost, not knowing what to do with themselves. Even reading a book, sewing, doing any kind of hobby, or sitting with friends is all done with the TV in the background. How many people, if you ask them “What are you doing tonight?” or “What did you do last weekend?” will answer, “Watching TV”?

If you were to ask such people about this phenomenon of being glued to the TV, you’ll probably find that watching TV and video helps them to escape from reality. Is reality so bad that they have to escape from it? Or is it that they no longer recognize reality or don’t know how to deal with it? How often have you heard about people who actually copy what they see on TV even to the extent that they might murder, plan a theft, rape, or do any other type of depraved behavior? So people say they are escaping from reality into the world of TV only to act out what they see there in their “reality.” It sounds strange. If watching TV helps people escape the reality around them, which they perceive to be uncomfortable or even unbearable for them, then in this way it acts like drugs and alcohol to a certain extent, numbing the brain and the senses. The film plays with their emotions and leads them to excited heights or lets them drop to the depths of despair. Films play with us—forming our ideas, engaging our emotions, and mostly, wasting our time.

The questions are, why can’t we use things in moderation? Why do people get addicted to something that harms them? Surely, since TV and videos are part of a massive market and money-making enterprise, the supply will fit the demand. If people demand quality programs, they’ll get them. Is it that TV has become a reflection of ourselves?

People are often driven by their desires; that’s why some people overeat and others might oversleep, or practice other kinds of extreme behavior. It’s up to us to work on our behavior and channel our energy into things that do us good, instead of harm. So you have to decide whether the amount of video and TV you watch is just a pastime or if it has started to turn into something else. You control the on/off switch. But if you are going to make TV play only a small part in your life, then you must replace it with something else—something beneficial for you.

The month of Ramadan is the perfect time to make a fresh start in every aspect of your life. I know of many people who really turned their lives around in Ramadan, with the help of Allah Almighty. One person gave up smoking, another person started performing prayers on time, and this lasted far beyond the time of Ramadan. Another person I met gave up old friends who were influencing her in a negative way. She used the time and opportunity in Ramadan to meet new friends in the mosque, and those friendships have lasted.

Since we know that TV and videos now dominate the lives of so many young people around the world, it is then our responsibility to question ourselves on how we use these technological devices. They can be a means to learn, to gain experience, to see the perspectives of different people; but they can also be used to help waste our time, which is so very precious. But if you feel that videos and TV are crowding you in your life and you want to decrease their role, then use Ramadan as a starting point.

So here is the challenge. Switch off the TV during Ramadan. I mean don’t switch it on at all! After that, you will be left with only yourself and your reality. How will you feel? How will you pass your time? If you think this will be difficult, then why not get a few friends together and help each other out by reminding and encouraging each other. At the same time, encourage filling your time, the time you would have spent watching TV, in doing something beneficial. Here are some ideas:

Set aside some time every day to read Qur’an.

Help out more in your home.

Spend time with your brothers and sisters.

Visit friends who are good for you.

Read! Make sure it is something from which you’ll learn something.

Take up a hobby like any kind of craft, collecting things, and so on.

Get a CD about some Islamic subject.

Ramadan is all about drawing closer to Allah. It’s about shaking off the bad habits that slow us down in developing in our lives and becoming better people. Ramadan is also about learning self-control. By restraining and controlling yourself, you also learn more about yourself and all the wonderful hidden strengths and abilities that lie hidden within you.

Isn’t it a pity that some people have all that potential, all that strength, all those abilities, but they lie rotting, wasting away in front of a TV!