Ramadan Calls for the Preservation of Time 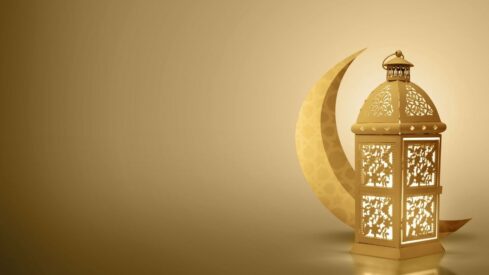 Allah describes the discourse between Himself and the reckless and negligent on the Day of Judgement: {[And] He will ask [the doomed]: “What number of years have you spent on earth?” They will answer: “We have spent there a day, or part of a day; but ask those who [are able to] count time… .[Whereupon] He will say: “You have spent there but a short while: had you but known [how short it was to be]! Did you then think that We created you in mere idle play, and that you not have to return to Us? [Know,] then, [that] God is sublimely exalted, the Ultimate Sovereign, the Ultimate Truth: there is no deity save Him, the Sustainer, in bountiful almightiness enthroned!} (23: 112-16)

One of the righteous predecessors noted: life is short, do not shorten it with negligence. This is, certainly, true. Negligence shortens the hours and consumes the night. Hence the Prophet, peace and blessing be upon him, said: ‘Two favors that many people are deceived by: health and spare time.’ The lesson being that many people are healthy and have a lot of time on their hands yet their lives pass by quickly before them without their using them or benefiting anyone. He also warned: ‘The foot of a believer will not move on the Day of Judgement until he is asked about four things and mention his life span and how he utilized it.’ Life is, undoubtedly, a treasure, whomsoever spends it in obedience to Allah will find his treasure on the Day when wealth and sons will be of no avail but instead only those who returned to Allah with clean hearts. Thus, those who spent their lives in negligence, disobedience and play will on that Day regret in such a manner that will never be equaled thereafter. They will say: ‘Alas for us, that we disregarded our lives.’

In effect, both the night and day are like riding animals that transport man to either eternal happiness or loss. Our righteous forbears used to take every initiative to preserve their time. There are strange stories about them concerning this matter. There were among them those who used to read the Quran and they were on the threshold of death. Such an example was Junaid Ibn Muhammad. His sons said to him, ‘You are exhausting yourself.’ He replied, ‘And should there be among the people one who exerts himself more than me?’

Al-Aswad Ibn Yazid used to stand in prayer for most of the night. Some of his friends advised him to relax at least for a small portion of the night. He told them it is this very relaxation he is in search of; meaning in the Hereafter.

Sufiyan Ath-Thawri once sat in the Sacred Mosque speaking to some people. Then suddenly he arose terrified and said; we are sitting here and the day is doing its work. There were among our forbears those who used to divide their days and nights into hours. Hence they allocated specific hours for prayers, recitation, remembrance, meditation, acquisition of knowledge, work and sleep. They ascribed no time for merriment.

As for their successors, they have been afflicted by the calamity of time-wasting. Except, of course, those to whom Allah has shown mercy. They indulge in excessive sleep, idleness, aimless wandering, spending on amusements and sittings in which there is no benefit; or in meetings which, if they do not involve disobedience, are definitely the cause of disobedience.

Among the greatest things that organize time and work are the five daily prayers. Allah the Sublime and Most Excellent Speaker affirms in the Quran: {Verily, for all believers prayer is indeed a sacred duty linked to particular times [of day]}. (4: 104)

The month of Ramadan is a school in which the Muslim’s time is organized and invested in matters that lead to closeness to Allah. Notwithstanding, some people do not know the meaning of fasting. They engage in ample negligence and deep slumber. They spend their days sleeping and their nights in wasted wakefulness.

O Allah! Preserve for us our lives. Plant our feet firmly on Your path, and make us obey You always. O Lord of all the worlds.