Sacrifice: The Heart of Islamic Faith 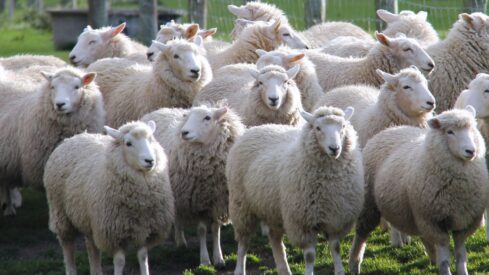 In Islam, sacrifice is a word that carries many shades of meanings. Sacrifice in Islam is both general and specific. In the general sense, sacrifice is the very heart of Islamic faith, for a Muslim declares, in the words of the Qur’an: (Verily my worship, my sacrifice, and my life and death are wholly dedicated to Allah, Lord of the worlds.) (Al-An`am 6:162).

Accordingly, we are called upon to sacrifice our time, energy, and possessions in order to realize the will of Allah on earth. We are challenged to do so every day of our life.

An Act Full of Symbols

Then there is the rite of sacrifice which we are ordered to perform in commemoration of the sacrifice of Ibrahim. The act itself is symbolic; its purpose is two fold:

First, to commemorate the great life and sacrifice of the great Prophet Ibrahim (peace be upon him), whose life, faith, and sacrifice are held out as perfect examples for the faithful to emulate in their own lives.

Second, to provide an excellent opportunity to feed the poor and the destitute.

Sacrifice in this sense is not an end in itself; it is only as good as the intention behind it. Allah says:

(And for every nation We have appointed a ritual for (sacrifice) so that they may mention the name of Allah over the beasts of cattle which He has provided them. Your God is but one God, so to Him surrender and give glad tidings to the humble in worship.) (Al-Hajj 22:34)

(And the camels, We have appointed them for you as rites of Allah; in them there is good for you. So mention the name of Allah over them standing in rows. And when they fall down on their sides (dead), eat of them and feed the poor, both those who ask and those who do not. Thus We have subjected them to you; perhaps you will be grateful. (Note it well that) neither their flesh nor their blood shall reach Allah. But it is your God-fearing that reaches Him. Thus has He subjected them to you so that you should glorify Allah for the guidance He has given you; and give glad tidings to those who act with excellence) (Al-Hajj 22: 36–37).

The animal sacrifice mentioned above is not an obligatory rite; it is only a recommended one. It is, however, highly recommended, for it affords an excellent opportunity for celebrating the festive days, and, besides helping the poor and the destitute, it also enables them to participate in the joys of the `Eid appropriately.

Slaughtering the sacrifice is better than giving its price in charity, because that was what the Prophet (peace and blessings be upon him) did. Also the sacrifice is an obligation in Islam and if the people turn away from it and give charity instead, they will be guilty of disobeying Allah.

There was a famine during the lifetime of the Prophet (peace and blessings be upon him) and he said, “Whoever among you offers a sacrifice should not keep any of it in his house for more than three days.” The following year, they said, “O Messenger of Allah, should we do what we did last year?” The Prophet (peace and blessings be upon him) said: “Eat, and feed the poor and store some, for last year the people were having a hard time and I wanted you to help them.”

Ibn Al-Qayyim said: “Sacrifice when prescribed is better than giving its price in charity. Hence even if you give many times more the value of the sacrifice for tamattu` and qiran, it will never take its place, and the same applies to udhiyah.”

Having said this, however, if a person feels, because of special circumstances, or disasters such as the tsunami disaster, that he can help the poor in a far better way by providing them the much-needed funds for food, shelter, urgent medical care, etc., then that is certainly considered a most excellent act, worthy of tremendous rewards.

Islam, in its legal prescriptions, allows for prioritization in accordance with specific exigencies and circumstances. Although the act of charity thus performed cannot be reckoned as a rite of sacrifice, it is undoubtedly meriting of tremendous rewards.