Self, Soul and Personality 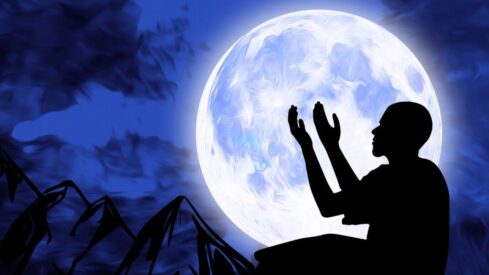 It is important to distinguish between nafs (self) and ruuh (soul). Some authors have interchanged between both freely.

Ruuh, strictly speaking, should be translated as soul. This is while nafs should be reserved for self, person, personality or even ego. Personal identity includes the three dimensions of the psyche viz ID, ego and superego.

It needs to be clarified that nafs and ruuh; are separate words and are not interchangeable. In fact, they are even distinguished separately in the Holy Qur’an and hence, should have different meanings. Thus, nafs should not be translated as soul.

The idea of personality or self – as we know – refers to a person’s uniquely organized predisposition to perform, perceive, think and feel. This is either singly or during interaction with others.

Still, some commentators have translated nafs in the Qur’an by saying – for example – that Allah takes out the “soul” at the time of death, and also from those who die not, during their sleep. In fact, such translation is inaccurate.

In fact, Allah never mentioned ruuh in the verse that discussed this point. This is because ruuh (soul) of a person is still present in the body during sleep, while nafs (personality) is non-functioning, both during sleep and also at time of death.

It is also common for a person to sleep over a disturbing thought, during which Allah would eliminate that undesirable component of his/her nafs. This is while the ruuh (soul) is still present in the sleeping person, and the person wakes up with a change of attitude…

Moreover, some of us are half-asleep and half-awake at times, called ‘dissociated sleep’. This happens, especially with mothers who are nursing their babies and can hear the cry of the baby, but not the ringing of the phone! Here, we can say that still the ruuh is present in the half-awake and half-asleep mothers.

Furthermore, personality is reflected in the person’s behavior when exposed to the stresses of life. The first step in developing and perfecting the personality is to learn the methods of exploring the hidden powers and capabilities of one’s self, throughout one’s sojourn on Earth. Some of us, who are not fond of resisting temptation, have no inclination to develop our personality.

To have a greater understanding of one’s self, one has to delve much deeper into oneself and spot all those avenues that have been ignored by one for too long. These include making amends to those whom we hurt by our speech and actions, as well as to forgive those who did us the same. There is never a wrong time to do the right thing. As time is against all of us, we should begin to probe our “self” as of today.