The celebration of Muhammad’s birthday 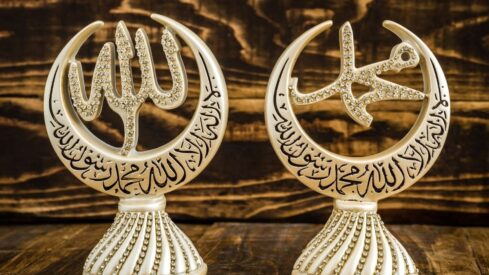 We do not intend in this article to address the issue of the ruling on celebrating the Prophet’s birthday from a jurisprudential point of view. This has been thoroughly addressed by the old and modern written and edited books and fatwas in a way that does not need reinvention.

The Prophet, may God’s blessing and peace be upon him, was born in the month of Rabi’ al-Awwal, on a Monday definitely, on the eighth, tenth or twelfth… of the year of the elephant.

The Guidance was born, so the creatures are lightened

And the mouth of time smiles and praises

A day in which its morning strays in time

Its evening was lightened with Muhammad

O He who has in morals what the highness desires

You are adored among the great creation with merits

by which the generous are tempted and fond of

So when you were generous, you reached the end with generosity

And did what the conditions did not do.

And if you have mercy, you are a mother or a father

These two in this world are the merciful

On this occasion – on the occasion of the anniversary of the birth of the Prophet, may God’s blessings and peace be upon him – we would like to mention some of the non-Muslims’ praise for him, their praise of him, and their recognition of his message, those that were captivated by adoration and love for him, even though they did not submit to him and did not follow what he brought, although the reader may swear his irrevocable oath that what they wrote and uttered came only from a Muslim who tasted the sweetness of faith.

The creature’s anniversary is the title of a poem by a Christian poet named Rashid Salim al-Khoury praising the Prophet, may God’s blessings and peace be upon him, in which he says:

who has across the East and the West a resounding thud

The anniversary of the Prophet, son of Abdullah,

whose sun of guidance arose from his lofty Qur’an

What a civilization pervaded the universe from a Bedouin

O conqueror of the earth, a field for his country

Oh, what a lovely time was of Baghdad and Andalusia

Whoever is suspicious of the immensity of his country *

let him recite what was reported in the history of the peoples.

So if you mention the Messenger of God in honor

Then convey to him the greetings of the village poet

And if someone says that this poetry is only said by a Muslim whose screen of heart is mixed with faith, then the poet answers in this poem about that, leaving no room for doubt, saying:

O my people, this is a Christian reminding you

Only our brotherly love will risen up the East.

It is not surprising that a person’s tongue may submit to Allah but his heart may not. The Prophet, may God bless him and grant him peace, said about Umayyah Ibn Abi Salt Al Thaqafi: “He almost becomes Muslim in his poem.” Sahih Muslim: (225) from the hadith of Al-Shareed bin Amr.

And in Al-Bukhari Hadith No.: (3341) on the authority of Abu Hurairah, with a chain of transmission traceable to the Prophet: “Umayya bin Abi Salt almost converted to Islam.”

And Umayyah had realized Islam and bequeathed those of the infidels who were killed in Badr, and the reporters did not differ that he died an infidel, and that he was saying that a prophet would be sent that his time is near, and hoped that he would be that prophet. But when he heard the advent of the messenger, may the blessings and peace of Allah be upon him, he did not believe in him out of envy until he died.

It is his poetry saying:

Guidance has come, there is no doubt about it…

And only a refuted person will return the truth

So be afraid of death and resurrection after it…

Amr bin Shareed has said about his father: that the Messenger of Allah peace be upon him asked him to chant some of the poems of Umayyah ibn Abi Salt, he said: I recited hundred rhyme, so, I did not recite a stanza except that he said: «yes, yes» until when i have exhausted a hundred rhyme, he said: « he almost become a muslim.” And in a narration: “His poem believed and his heart disbelieved,” or “His tongue believed and his heart disbelieved,” meaning his tongue and poetry believed in God, but he disbelieved in His Messenger, and did not believe in what he brought. We ask God for safety and wellness.

By God, all of them will not reach you

Until I’m buried in the earth.

So declare what affair for you have nothing to fear

And give good tidings of that and make it coolness for the eyes .

And you called me and claimed that you were advising

And you spoke the truth, and then you were honest.

You offered a religion that I knew was one of the best religions on earth.

If it wasn’t for blame or fear of cursing

You would have found me allowing that for sure

It was even more surprising to read what the Italian writer “Loria Veccia Fleri” wrote in her book “The Beauties of Islam”, where she says: In a deserted country, an uncultivated valley, isolated from civilized humanity, a spring of fresh, sweet Salsabil water erupts among a people of savages, tyrants, hard-hearted, who do not submit to a leader and are not bound by a constraint.

That fountain is the religion of Islam, which flowed in abundance and made its way through the earth in a swarm… People soon tasted this wondrous drink and healed from their social ailments, and the dissenting and quarreling were united, and the fires of hatred and rancor in their chests were extinguished… History has not known an incident similar to this serious incident; Because the great speed with which Islam completed its conquests had an impact on its life. For after it was the creed of a few zealots, it became the religion of millions of people.

I wish I could think of how these untrained warriors would come to victory over peoples who surpass them in civil and wealth, and more than them in training and as an anchor for war… and how this religion was able to consolidate in the souls of those newly converted people of faith the most solid foundations, and how was it possible for it to retain its great vitality that no other religion has known before, even after thirteen centuries passed after the life of its founder, … by my life, all this is what causes a lot of astonishment and amazement in man…

The people who were amazed at this social, religious, and political upheaval began to wonder about its first cause, but many of them did not see or deliberately closed their eyes, so they remained floundering for a long time in the ignorance of errors and excesses, and they did not realize that it was the divine power that gave the first indication of this blessed wide-ranging movement, and they did not want to believe that it is divine wisdom that necessitated that Muhammad be the seal of the prophets and messengers, and a general message has been recorded for him so far to all people, without distinction between gender and gender, or between country and country…”.

One is possessed by astonishment while reading these lines and contemplating this testimony and acknowledgment, yet the writer does not believe in it and does not draw from this specific one that was described.

And the likes of Luria are many, including: Nasri Al-Salhab, the Lebanese Christian, who says in his book “liqaaul maseehiyya Wa al-islam, p. 121: “Islam does not need our pen, no matter how rhetoric our pen is. But our pen needs Islam, with its spiritual and moral wealth, and its wonderful Qur’an, from which we can learn a lot.”

Dr. Imad Al-Din Khalil collected many orientalist sayings in praise of Islam and recognition of the greatness and sanctity of the Qur’an in papers entitled “They said about Islam” and many of them embraced Islam when the truth was known and some of them did not believe despite his recognition that what Muhammad, may God’s blessings and peace be upon him, came with is true and not false. There is no doubt about it.