The Concept of Animal Sacrifice in Islam 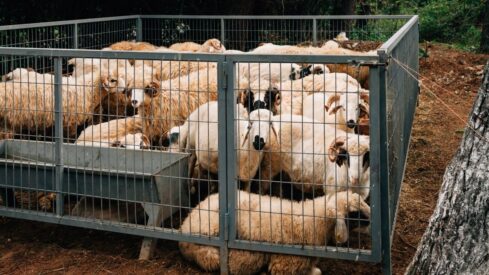 Sacrifice is not a pillar of Islam. We must look at the occurrences in a contextual manner, understanding not only the pre-Islamic institution of sacrifice, the Qur’anic reforms concerning this practice, and the continuance of sacrifice in the Muslim world, but also the context in which the Qur’anic revelations occurred. For it seems that with many people, both non-Muslims and Muslims alike, context is the key that they are missing.

With this in mind, let us start with the situation as it was in pre-Islamic Arabia with regard to animal sacrifice. Not only did the pagan Arabs sacrifice to a variety of gods in hopes of attaining protection or some favor or material gain, but so, too, did the Jews of that day seek to appease the One True God by blood sacrifice and burnt offerings. Even the Christian community felt Jesus to be the last sacrifice, the final lamb, so to speak, in an otherwise valid tradition of animal sacrifice (where one’s sins are absolved by the blood of another).

Islam, however, broke away from this longstanding tradition of appeasing an “angry God” and instead demanded personal sacrifice and submission as the only way to die before death and reach “fana’” or “extinction in Allah.” The notion of “vicarious atonement of sin” (absolving one’s sins through the blood of another) is nowhere to be found in the Qur’an. Neither is the idea of gaining favor by offering the life of another to Allah. In Islam, all that is demanded as a sacrifice is one’s personal willingness to submit one’s ego and individual will to Allah.

One only has to look at how the Qur’an treats this subject, to see a marked difference regarding sacrifice and whether or not Allah is appeased by blood. The Qur’anic account of the sacrifice of Isma`il ultimately speaks against blood atonement. Allah says: [Then when (the son) reached (the age of) (serious) work with him, he said: “Oh my son! I see in vision that I offer thee in sacrifice: Now see what is thy view!” (The son) said: “Oh my father! Do As thou art commanded: Thou wilt find me, if Allah so wills one practicing patience and constancy!” So when they had both submitted their wills (to Allah), and he had laid him prostrate on his forehead (for sacrifice), We called out to him, “Oh Ibrahim! Thou hast already fulfilled the vision!” Thus indeed do We reward those who do right. For this was obviously a trial and We ransomed him with a momentous sacrifice.] (As-Safat 37:102-107)

Notice that the Qur’an never says that Allah told Ibrahim to kill (sacrifice) his son. Though subtle, this is very important, for the moral lesson is very different from that which appears in the Bible. Here, it teaches us that Ibrahim had a dream in which he saw himself slaughtering his son. Ibrahim believed the dream and thought that the dream was from Allah, but the Qur’an never says that the dream was from Allah. However, in Ibrahim and Ismail’s willingness to make the ultimate sacrifice—Ibrahim of his son, Ismail of his own life—they are able to transcend notions of self and false attachment to the material realm, thus removing a veil between themselves and Allah, enabling Allah’s mercy to descend upon them as the Spirit of Truth and illuminate them with divine wisdom (thus preventing a miscarriage of justice and once and for all correcting the false notion of vicarious atonement of sin).

For, certainly, Allah, the Ever Merciful, Most Compassionate, would never ask a father to go against His command of “thou shall not kill” and kill his own son in order to be accepted by Him. For the Qur’an teaches us that Allah never advocates evil (see 7:28 and 16:90) and that only Satan advocates evil and vice (24:21). The notion that Allah would want us to do an immoral act runs counter to Allah’s justice.

As far as the yearly tradition that has followed this event (that is, the sacrificing of a ram to commemorate Ibrahim and Isma`il’s great self sacrifice), we must understand it and the Qur’anic versus that pertain to animal sacrifice, in relation to the time and place circumstances under which these revelations were received and how people were trying to make a personal sacrifice by sharing their limited means of survival with the poorer members of their community.

That is to say, the underlying implication of Islam’s attitude toward ritual slaughter is not that of blood atonement, or seeking favor with Allah through another’s death, but rather, the act of thanking Allah for one’s sustenance and the personal sacrifice of sharing one’s possessions and valuable food with one’s fellow humans. The ritual itself is NOT the sacrifice. It is merely a method of killing where the individuals kill as quickly as possible and acknowledge that only Allah has the right to take a life and that they do so as a humble member of Allah’s creation in need of sustenance just like every other species in Allah’s creation.

So let us examine some of the appropriate verses in the Qur’an to see what it has to say about sacrifice and how it related to life in 500 C.E. Arabia. (Also included is commentary by Yusuf Ali to show that even someone who was pro-sacrifice with an understanding of animals as subject to humans, did not champion wanton cruelty or notions of blood atonement.) Allah says: [In them ye have benefits for a term appointed: In the end their place of sacrifice is near the Ancient House.] (Al-Hajj 22:33)

(The word ‘In them’ refers to cattle or animals offered for sacrifice. It is quite true that they are useful in many ways to humans, e.g., camels in desert countries are useful as mounts or for carrying burdens or for giving milk, and so, for horses and oxen; and camels and oxen are also good for meat, and camel’s hair can be woven into cloth; goats and sheep also yield milk and meat, and hair or wool. But if they are used for sacrifice, they become symbols by which people show that they are willing to give up some of their own benefits for the sake of satisfying the needs of their poorer brethren.) (Yusuf Ali commentary)

Allah also says: [To every people did We appoint rites (of sacrifice) that they might celebrate the name of Allah over the sustenance He gave them from animals (fit for food). But your God is One God: Submit then your wills to Him (In Islam): and give thou the good news to those who humble themselves.] (Al-Hajj 22:34)

(This is the true end of sacrifice, not propitiation of higher powers, for Allah is One, and He does not delight in flesh and blood, but a symbol of thanksgiving to Allah by sharing meat with fellow humans. The solemn pronouncement of Allah’s name over the sacrifice is an essential part of the rite.) (Yusuf Ali commentary)

Allah says further: [It is not their meat nor their blood, that reaches Allah: it is your piety that reaches Him: He has thus made them subject to you, that ye may glorify Allah for His guidance to you: And proclaim the Good News to all who do right.] (Al-Hajj 22:37)

(No one should suppose that meat or blood is acceptable to the One True God. It was a pagan fancy that Allah could be appeased by blood sacrifice. But Allah does accept the offering of our hearts, and as a symbol of such offer, some visible institution is necessary. He has given us power over the brute creation, and permitted us to eat meat, but only if we pronounce His name at the solemn act of taking life, for without this solemn invocation, we are apt to forget the sacredness of life. By this invocation we are reminded that wanton cruelty is not in our thoughts, but only the need for food …) (Yusuf Ali commentary)

It is quite clear from the Qur’anic passages above that the issue of animal sacrifice is in relation to the role animals played in Arabian society at that place and time (as well as other societies with similar climates and culture), in that humans are commanded to give thanks to Allah and praise Allah for the sustenance He has given them and that they should sacrifice something of value to themselves to demonstrate their appreciation for what they have been given (which in their case was the very animals on which their survival was based).