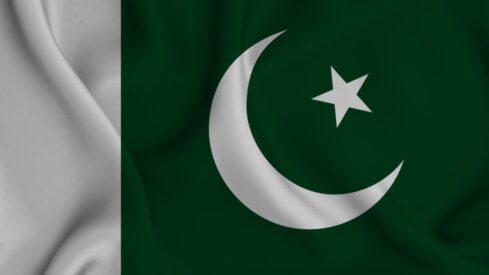 Ramzan or Ramadan as it is widely known, is the holy month when Muslims all over the world observe a month of fasting. From dawn until dusk, Muslims take no food or drink and also refrain from other acts of self-indulgence, in complete subjugation to Allah’s Will.

In Pakistan, Ramzan is the month that is observed with the most amount of respect, solemnity and obedience. The act of fasting is not looked upon as a punishment but rather as a time to purify one’s mind, spirit and body. It is with happiness and fervor that everyone here prays, fasts and takes in the simple yet glorious delights of the holy month.

Great joy is felt with the sighting of the Ramadan moon. A congregation of religious leaders and scholars called “The Ruet-e-Hilal Committee” meet to confirm the various sightings from all over the country. Reports start coming in and telescopic observations are confirmed and reconfirmed before announcements are made over the media about the first roza (fast) from the next day.

As soon as the moon is sighted and it is confirmed that the holy month has begun, houses, restaurants and mosques are in a frenzy of activity. The women or the cooks of the house prepare the pre-dawn meal known as sehri (sahur in Arabic) for the family. From restaurants in the posh, five star hotels to the small dhaba (tiny teashops on the streets), all get ready to cater to anyone who wants a meal at sehri. The streets are lit up and traffic can be seen at all hours until dawn.

The food at sehri varies from community to community and everyone has his or her own special menu or sometimes just a simple cup of tea with toast–whatever suits the individual. Pakistani sweetmeats, or mithai as they are called, also cater to many a palate. If anyone has had the pleasure of sampling the fancy and rich sweets that the many different cultures have to offer, they will know what I mean. Jalebis in milk are a great favorite in some households. This is a mixture of thin flour paste, fried in the form of a thin string-like shape then wound in rings and dipped in sugar syrup. These crispy delights can be had with or without milk. Jalebis is an ‘old granny’s cure’ for migraine!

Hot and sweet Jalebis to be eaten with or without milk

Some houses just have the regular breakfast scenario with all sorts of eggs or omelet’s and parathas, which are oiled, thick rotis. The figure-conscious groups prefer to keep matters light with boiled egg, juice, toast and tea. For the not so fortunate it may be the food left over from the night before. On the other hand, the affluent may visit one of the many luxurious hotels to have a five or six-course meal. For the adventurous, there is the dhaba with its simple but delicious tea made with cinnamon, nuts and parathas or puris.

Mosques fill with people and some eat their meals there as well. The sounds of prayers and recitations from the holy Qur’an are heard constantly over loudspeakers. Announcements are made regarding the time of sehri, with reminders every 10 or 15 minutes until it is time to stop eating. This happens with the sound of the Adhan for Fajr Prayers (call to Dawn Prayers). After the initial prayers, the sounds of hamnd, which are poems in praise of Allah, and na’at, which are in praise of the Holy Prophet, (peace and blessings be upon him) fill the air until the break of dawn.

Offices and educational institutions have fewer working hours and people are back home early, to rest and pray till iftari- the breaking of the fast at the Maghrib (Sunset) Prayer. Most of the food shops and restaurants close during the day, except the ones used by foreigners, and only open a couple of hours before the iftari time (iftar in Arabic). At the sound of the siren, the whole family collects around the table for iftari; many philanthropists serve those who eat in the mosque. There are some delicacies, which are favored only at iftari. The interesting smell of frying pakoras, which are grain-flour dumplings fried until crisp then eaten with spicy sauces alongside the regular food items and snacks are a must for every home. The fast is broken with dates, according to the Sunnah of the Holy Prophet Muhammad (peace and blessings be upon him) before the consumption of other food. After iftar and Prayers, the mosques fill up again later for the Tarawih Prayers. Mosques, both large and small, are adorned with lights–a beautiful sight to behold!

The Qur’an is read with enthusiasm and many study and discuss the meanings in depth. Children too are part of all the religious and charitable offerings, so that the true spirit of Islam is taught from a tender age. Though so many diverse cultures and sects inhabit this country, there is a strong sense of unity during the holy month, much more than during the rest of the year.

Food, clothes and money are given out with enthusiasm and without any cultural restraints. After the 15th of the month, more and more activity is seen around the shops as people prepare for the most happily celebrated occasion in Pakistan, `Eid al-Fitr. The last ten nights see more activity in mosques and on the roads as the prayers increase due to Laylat Al- Qadr, the night of power, on which the holy Book was revealed. It is said that praying on this night is like praying on thousands of nights. Every alternate night after the 20th night is revered, especially the last three nights that are spent in many prayers of supplication, obedience and repentance of sins from Allah.

Meetings are held in homes and mosques to discuss the various aspects of Islam– which teaches tolerance, mercy, piety, and that all Muslims are brothers, no matter which part of the world they come from. There is a tangible sense of reconfirmation of one’s faith and respect for other individuals during this glorious month.

When Ramzan draws to a close with the sighting of the Shawwal moon, the festivities of Eid take over all aspects of everyone’s lives, yet there is still a feeling of loss as the bounties of Ramadan leave us for yet another year. 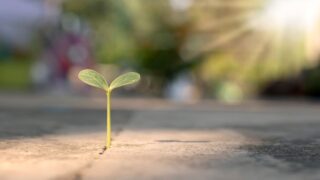