The Night of Power Oh, What a Night! 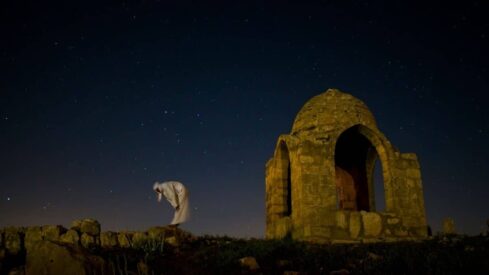 Muslims seek this night and spend it diligently in devotion [Lo! We revealed it on the Night of Power. Ah, what will convey unto thee what the Night of Power is! The Night of Power is better than a thousand months. The angels and the Spirit descend therein, by the permission of their Lord, with all decrees. (That night is) Peace until the rising of the dawn.] (Surat Al-Qadr 97:1 – 5)

Muslims believe that the month of Ramadan is the holiest month of the year, the month when worshipers are closest to their Creator, and the Night of Power (Laylat Al-Qadr) is the holiest night of Ramadan. Some Islamic scholars have said that the complete Qur’an was sent down from the Preserved Tablet (Al-Lawh Al-Mahfoozh) in the night of Al-Qadr to the House of Glory (Bayt Al-`Izzah) in the lowest heaven, from whence it was revealed piecemeal to the Prophet Muhammad according to events that took place during his life over a period of twenty-three years.

The night itself has two meanings. First, it is the night during which destinies are decided. Muslims believe that the revelation of the Qur’an in this night is not merely the revelation of a book, but an event that will change the destiny of the entire world.

[Therein [that night] is decreed every matter of ordainments] (Surat Ad-Dukhan 44:4)

The other meaning is that this is a night of unique honor, dignity and glory, so much so that it is better than a thousand months. Muslims believe that it was such a blessed night that what was accomplished in it for the well-being of mankind had not been accomplished during a long period of human history.

According to Muslims, Laylat Al-Qadr is the night when the gates of heaven are wide open and Allah will listen to the lucky ones who encounter it. In Islam there is no intermediary between the creation and the Creator. Whether you live in a stately mansion or in a tent in the middle of the desert, all you need to do is raise your hands towards the sky and ask Him. In your heart you know nobody can take away anything Allah has meant for you or give you anything Allah has denied you.

[And when My servants question thee concerning Me, then surely I am nigh, I answer the prayer of the suppliant when he crieth unto Me. So let them bear My call and let them trust in Me in order that they may be led aright.] (Surat Al-Baqarah 2:186)

When Is Laylat Al-Qadr?

Muslims believe that the Lord has concealed the exact date of the Night of Power so they would worship Him fervently during the whole month of Ramadan. It was reported that the Prophet Muhammad said, “Seek it on the odd nights of the last ten days of Ramadan.” (Reported by Al-Bukhari)

What Muslims Do on Laylat Al-Qadr

Muslims are encouraged to seek this night and spend it diligently in devotion including performing voluntary salah (ritual Prayer), reciting Qur’an, and supplicating. The Prophet Muhammad said, “He who spends the night in prayers on the Night of Power as a sign of his devotion and seeking rewards from Allah, his previous sins will be forgiven.” (Reported by Al-Bukhari)

For Muslims, it is a glorious night in which angels ascend while others descend, with their Lord’s permission, saluting those who worship Allah on that night, and bringing with them a wish of safety and peace.

Tawakkul: Reliance on God Developing Our Relationship With God

Tips on the meaning of Tawakkul (relaince on God) especially during the time of trials and anxiety, and what does it take to fully rely on God

This article speaks in details on how salah (prayer) contributes to the purification of a Muslim's soul and life.