The Spirit and Ramadan 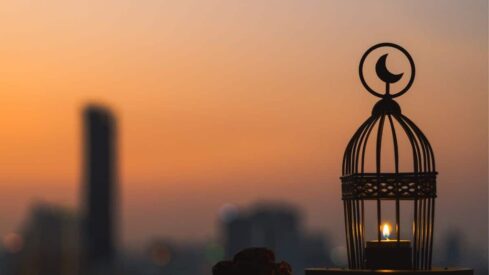 Every year Muslims from all over the world and from all ethnic and economic backgrounds begin fasting from sunrise to sunset every day during a most blessed month in the Islamic tradition, known as Ramadan. But what makes Ramadan a blessed month? Why do Muslims fast during this month? What are the spiritual benefits of fasting? All these questions and more are addressed in this article that introduces you to a month long spiritual journey that over 1.4 billion Muslims engage in worldwide.

The Qur’an says what means, “It was the month of Ramadan in which the Qur’an was revealed from on high as a guidance for humanity and a self-evident proof of that guidance, and as the standard by which to discern the true from the false.” (Al-Baqarah 2:185). The entire month of Ramadan is in essence a celebration of the Quran’s revelation, which is described as a “Guide and Mercy for those who do good.” (Luqman 31:3). Ramadan celebrates God’s Mercy by which He sent a guiding light in the Qur’an that leads human life towards the path of good and virtue and protects the human soul from evil and vice.

Muslims show their gratitude to God for this guidance by abstaining from eating, drinking and sexual intimacy during Ramadan, as a way of coming closer to God and developing a deep inner awareness of God’s presence in life. This internal mechanism of feeling God’s presence leads the soul to do right even under life’s most difficult situations, and protects the soul against wrongdoing even when it is the easier or more tempting path to take.

This is why the Qur’an switches to a most intimate relationship between God and servant immediately following the passage on fasting in Ramadan (Al-Baqarah 2:183-185). “When My servants ask you about Me, I am close indeed—I hearken to the prayer of the supplicant when one calls on Me; so let them hearken to Me, and let them believe in Me, that they may go the right way.” (Al-Baqarah 2:186).

When the soul enters into a station of gratitude and submission to its Lord, through fasting, there is a recognition that life has been given by God as a gift and trust to be used for good works that reflect God’s mercy, compassion, love, generosity and so on. In fact, the Qur’an says that the natural inclination of our souls is to submit to God’s Will by having sincere belief in One God and doing righteous acts of worship (Ar-Rum 30:30). As such, the very concept of sin, in the Islamic tradition, is known as an act of oppression against one’s own soul for forcing it into a state that is antithetical to its very nature and created purpose (Aal `Imran 3:117, among many other verses). When a soul persists in sinning, it becomes a slave to its own lower desires, a prisoner of its own passions (Al-Furqan 25:43).

Fasting, then, seeks to free the soul from these shackles by suppressing the lower self of desire and raising the God-conscious soul of giving that naturally aspires towards good. By depriving the soul of life’s basic necessities for some hours, one is able to teach the soul self-restraint and self-control from such evils as anger, revenge, lying, stealing, sexual immorality and so on. This is why Prophet Muhammad said that “When anyone of you is fasting on a day, he should neither indulge in obscene language nor should he raise his voice; and if anyone insults him or tries to quarrel with him, he should say: ‘I am fasting.’” The Prophet also warned Muslims not to make fasting an uneventful ritual that has no affect on the character and habits of a person: “If anyone does not refrain from lies and false conduct, God has no need for him to abstain from his food and drink.”

One of the most important qualities fasting seeks to develop within an individual is humility before God and God’s creation. Hunger and thirst cause one to realize that if it were not for God’s Mercy and Sustenance, one would be in a most difficult and undesirable state of affairs. Fasting is a humbling experience, which is an important characteristic of a righteous soul, for false pride and arrogance can never live side-by-side with sincere piety.

The act of fasting, therefore, also provides the fortunate, wealthy members of society to experience for a time the pain and suffering which millions of people go through everyday without food, water and other basic necessities of life. Fasting bridges the gap between rich and poor, sustained and impoverished, fulfilled and needy. This experience should then inspire compassion and mercy, which is manifest by generosity of wealth and time to help those in need. Muslims are encouraged especially during this month to go out and feed the hungry and to spend their wealth on good causes, such as building schools, hospitals, soup kitchens and so on, in the tradition of Prophet Muhammad (peace and blessings be upon him) whose generosity would increase ten-folds during Ramadan. In the Islamic tradition, God promises to return all acts of goodness and generosity in this blessed month by ten-times, both in this world and in the hereafter.

Due to the blessings and rewards associated with Ramadan, Muslims are encouraged to share their food with their neighbors and to invite guests to their home to begin the fast at sunrise and for breaking of the fast at sunset. Muslims are also encouraged to significantly increase their worship to God during this month, and therefore special prayers are offered in every Mosque well into the night, with most Mosques packed with worshippers. As such, Ramadan always brings with it a strong communal atmosphere and ties between the community are strengthened greatly as a result. Most Muslims are therefore very sad to see the month of Ramadan go and its return is highly anticipated well in advance of its arrival.

In conclusion, Ramadan is a celebration of God’s guidance to humanity, through the Qur’an, which is a guide for doing good and a warning against evil. In order to bring the soul into harmony with the Qur’anic ideals of belief and virtue, fasting is prescribed as a way for individuals to come closer to God and to lift their souls to new heights of piety. In doing so, the entire human body is able to transform itself into an agent of positive moral and social change that seeks to replace miserliness with generosity, anger with patience, revenge with love, and war with peace—in effect, replacing good with evil in the world.

A saying by God transmitted through Prophet Muhammad, known as a hadith qudsi, best explains the transformation that takes place in an individual through good acts, which in part are inspired by fasting. “And the most beloved thing with which My servant comes nearer to Me is what I have enjoined upon him; and My servant keeps on coming closer to Me through performing extra righteous deeds till I love him. When I love him, I become the hearing with which he hears, seeing with which he sees, hands with he acts, and legs with which he walks; and if he asks of Me, I give him, and if he asks My protection, I protect him.”