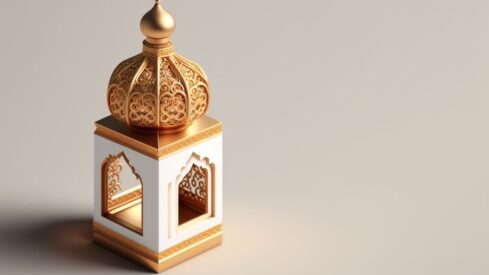 The key to your station with God is ikhlas (sincerity). There is a frightening hadith about a scholar, a martyr and a charitable man on the Day of Judgment. They all expect to enter Paradise because of their good deeds. Instead, they are sent to the Fire, because their deeds were done with the intention of pleasing people – not pleasing God.

Ikhlas (sincerity) is to do everything, internal and external, only desiring the pleasure of God. It is to forget the eyes of the people, and whether they view your deeds or not, with the only thing on your mind that God is watching you. There are beautiful verses in the Quran in this regard, where God describes the righteous in Paradise:

{They [are those who] fulfill [their] vows and fear a Day whose evil will be widespread. And they give food in spite of love for it to the needy, the orphan, and the captive, [saying], “We feed you only for the countenance of Allah. We wish not from you reward or gratitude} (Al-Insan 76:7-9)

Imam Al-Ghazali said that: “If you want to know whether something you did was purely for the sake of God or not, you should test your reaction when someone acts ungratefully. Do you feel self-righteous, like you were doing the person a favor? Do you feel angry that they did not appreciate your work? It may not mean that your act was ostentatious, but it points to the fact that it was not solely for the sake of God. We were expecting, at the very least, recognition and respect from the person as a result of the good we did to them.

We all know the famous story of the prostitute who was rewarded with Paradise for giving water to a dog – but what truly got her into Paradise? Was it just that simple act? It could not have been, because as we mentioned above, there are scholars, martyrs and charitable people who will be thrown in hell because they were insincere. But she was helping the dog for God only. Look at how your intention elevates your deeds. This is why the scholars have said that it is the most important act of worship of the heart – to have the driving force of your acts be to please God.

This is closely linked to sincerity – that you are worshipping God as though you see Him and you know that He sees you.

Khurram Murad states: “Purpose and intention are like the soul of a body or the inner capability of a seed. Many seeds look alike, but as they begin to grow and bear fruit, their differences become manifest. The purer and higher the motive, the greater the value and yield of your efforts.” (63)

Sincerity is the foundation of any work that we do – if the foundation is corrupt, then the building can easily be broken. Does this only apply to specific acts of worship or can it also apply to regular habits?

This verse tells us that everything can be for the sake of God. Moreover, Khurram Murad reminds us of something crucial. He states:

“People are in the habit of classifying life’s activities into those which are mundane and those which are religious. Remember, though, only those things done for the sake of Allah are the ‘religious’ things. Everything that is done for other than Allah – however ‘religious’ it may seem – is a worldly act… If he earns thousands of pounds to support his family and to spend for the cause of Allah, seeking only Allah’s pleasure, it is a highly spiritual act.”

Even your sleep can be for God; if you say you will sleep at a certain hour so you can wake up for Fajr prayer, then your sleep is for God. Imagine being rewarded for 6-8 hours of sleep!

God says in the Quran: {And they were not commanded except to worship Allah, [being] sincere to Him in religion, inclining to truth…} (Al-Bayyinah 98:5)

If we look at the story of Yusuf (peace be upon him), it was sincerity that saved him. God describes him in chapter Yusuf: {And she certainly determined [to seduce] him, and he would have inclined to her had he not seen the proof of his Lord. And thus [it was] that We should avert from him evil and immorality, for he was one of Our servants, sincere and purified.} (Yusuf 12:24)

And moreover, Satan can get to all humans except those who have sincerity. In the Quran, God tells us: {[Satan] said, “My Lord, because You have put me in error, I will surely make [disobedience] attractive to them on earth, and I will mislead them all. Except among them Your sincere servants.} (Al-Hijr 15:39-40)

This should remind us of what the Prophet Muhammad said about ‘Umar: “Satan would avoid the path that ‘Umar was on because he was afraid of him.” Imagine being at that level!

The more complete sincerity becomes, the more the person is upright. We are prone to making mistakes, and we may find that sometimes our intentions are mixed; sometimes there may not be an apparent intention behind whatever act we are doing. That is why we need to aspire to be of the sincere. As long as we are constantly reminding ourselves of doing things for God, He will even reward us for that insha’Allah.

We should not despair and be paranoid. It is narrated by the companion ‘Amr ibn Al-Aas, that the Prophet said:

“A person from my Ummah will be summoned in the presence of all creatures on the Day of Judgment. Ninety-nine records (of his deeds) would be unfolded, each extending as far as the eye can see; then he would be asked:

‘Do you deny any of these deeds?’

He will be asked: ‘Do you have any excuse or any good deed?’

It will be said to him: ‘Yes you have some good deeds. No iniquity will befall you.’ A card will then be shown to him. On it will be written: ‘La ilaaha ila Allah, Muhammad Rasul Allah.’ (there is no deity other than Allah, and Muhammad is the Messenger of Allah)

He will say: ‘O Allah! What cards and records are these?’

It will be said to him: ‘No injustice shall befall you.’ The (ninety-nine) records will then be placed in one pan of the scale and the card on the other. The card will then outweigh the records.” (At Tirmidhi)

Sincerity is something that God puts in the heart of worshipers who seek it. Sheikh ‘Umar Abdel-Kafy said that there are 3 secrets of sincerity:

1.    The servant who has ikhlas (sincerity) does not look at it, because that would make him arrogant. For example, if we pray in a small room where no one can see us and yet due to that we feel that we are better than others because ‘obviously’ we have ikhlas, we fall into the trap of arrogance. At the end of the day, success is only from Allah.

2.    Ikhlas (sincerity) is between the servant and His Lord; even the Angels don’t write it down because they don’t know it. Reflective of this is the story of the martyr, scholar and charitable man that we mentioned above – the Angels had written down the good they did, but it was Allah who exposed their intention.

3.    Satan cannot get to you if you have ikhlas

Examples of Those With Sincerity

There is a beautiful example in the mother of Mary (peace be upon her). {When the wife of ‘Imran said, “My Lord, indeed I have pledged to You what is in my womb, consecrated [for Your service], so accept this from me. Indeed, You are the Hearing, the Knowing} (Al-Imran, 3:35).

She was having a beautiful private conversation with God. She told Him the child that was in her womb was solely for Him. She would raise it in the way of God, so that the child would be a worshipper of God, not for any reason save His pleasure. And for that sincere conversation, God rewarded her with one of the best women: Mary who fulfilled her mother’s pledge, by the grace of God.

Another example is the companion Khalid ibn Al-Walid. He was removed from his post as commander of the army by ‘Umar. Imagine being the head of a youth group, captain of a sports team, or a manager at a company. Suddenly there is a change of management – you are removed from your position and demoted to a regular team member or employee. How would you react? How would that affect your work? Instead of being offended and refusing to fight, Khalid fought with even more vigor. When he was asked why, he said: “I fight for God and not for ‘Umar.” He wanted to ensure that he was not working hard because he was put in a specific position – rather wherever he was, he would work hard for the sake of God.

May Allah help us attain sincerity.

Murad, Khurram. “In the Early Hours: Reflections on Spiritual and Self Development”. UK: Islamic Foundation, 2010 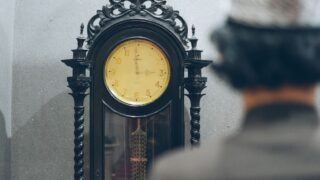 The approach of Islam to elevate the human self and get it closer to God is realistic, comprehensive, rational, and direct.