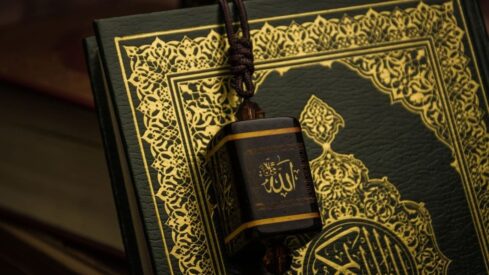 Faith increases and decreases in the heart of the believer. And the believer always needs to renew this faith in his heart. The Messenger of God, peace and blessings be upon him, said: “Faith is created inside one of you as a garment is created, so ask God to renew faith in your hearts.” It is from the jurisprudence of a servant that he knows whether faith in his heart increases or decreases. There are ways to strengthen faith in the heart of a Muslim, and they are as follows:

In summary, the means that increase faith can be summed up in monotheism and repentance, avoiding falling into major sins, seeking forgiveness, ablution, prayer, taking many steps to mosques, charity, fasting, and remembrance.

4. Increase in seeking forgiveness: especially during the last third of the night. The Messenger of God, peace and blessings be upon him, said: Whoever says: I seek the forgiveness of Allah the Mighty, whom there is none worthy of worship except Him, the Living, the Eternal, and I repent to Him, Allah will forgive him even if he has deserted the army’s ranks.  Authenticated by Al-Albani

5. Ablution (wudu’) : Abu Hurairah (May Allah be pleased with him) reported that the Messenger of Allah (ﷺ) said, “Shall I not tell you something by which Allah effaces the sins and elevates ranks (in Jannah)?” The Companions said; “Certainly, O Messenger of Allah.” He (ﷺ) said, “Performing the Wudu’ thoroughly in spite of difficult circumstances, walking with more paces to the mosque, and waiting for the next As- Salat (the prayer) after observing Salat; and that is Ar-Ribat, and that is Ar-Ribat.” (Narrated by Muslim); And the meaning of performing ablution thoroughly in spite of difficult circumstances is any ablution in the bitter cold, and that which hurts the body. On the authority of Uthman bin Affan, he said: The Messenger of God, peace and blessings be upon him, said: “If anyone performs the ablution well, his sins will come out from his body, even coming out from under his nails.”

Charity: it came in ‘Jami’ Al-Ulum wal-Hakam’ by Hafiz Ibn Rajab al-Hanbali: “charity in secret extinguishes the anger of the Lord, and prevents a bad death” and it was narrated from Ali bin Hussein, that he would carry bread on his back at night, followed by the poor in the darkness of the night, and say: “The charity in the darkness of the night extinguishes the wrath of the Lord, the Mighty and Sublime..”

8. Accompanying the righteous servants of God.

9. Lots of remembrance of God: The Messenger of God, peace be upon him, said, “The heart becomes rusty as iron rusts, and its purity is the remembrance of God” (Al-Bayhaqi). The Messenger of God, peace be upon him said: “Renew your faith.” It was said, O Messenger of God: How do we renew our faith? He said: “Increase in saying there is no god but God” (Narrated by Al-Hakim). Examples of continual remembrance are: the morning and evening remembrances, and attending the gatherings of dhikr. The Companions of the Messenger of God, may God bless him and grant him peace, used to say to each other: “Let us believe for an hour.” Reading Islamic books is also considered a way of increasing faith; Examples of these books include: Remembrances and supplications – the lives of the Companions – the scientific miracles in the Qur’an – the conditions of the hereafter…etc.