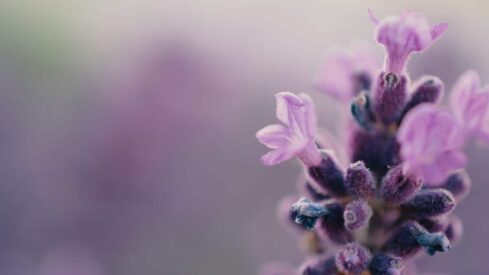 She was a unique and distinguished personality and a great model. She lives in the hearts of Muslims like a brilliant torch. It is important to familiarize our daughters, sisters and mothers with lessons drawn from her faith, her struggle in the way of Allah, and her motherliness, at a time that we are all in dire need of these lessons.

She was Nusaybah bint Ka`b ibn `Amr of the Ansar (the Helpers), who was known as Umm `Imarah. She was married to Zaid ibn `Asem before Islam and has given birth to her sons Habeeb and `Abdullah. Later, she was married to the believing mujahid Ghuzayyah ibn `Amr who fathered Tamim and Khawlah.

She was in the prime of her youthfulness and newly-wed when she had the honor of meeting the Prophet (peace and blessings be upon him) in the middle of the night at the `Aqabah in Mina along with a delegation of the Ansar. They all embraced Islam; and they pledged their allegiance.

Articles of the pledge of `Aqabah were the first foundation upon which the great change that took place in the course of da`wah was based. These changes included moving from passive Jihad to active one; a Jihad that was not restricted to the battlefields. It rather included war against all kinds of polytheism, disbelief, corruption, and deviations in order to build the individual as well as the society.

Umm `Imarah has been mentally, emotionally, and physically filled with the spirit of faith and Islam since the day the first ambassador, Mus`ab ibn `Umayr started propagating Islam in Yathrib (later known as Madinah) assiduously. By Allah’s grace, Mus`ab was able to turn Yathrib, with its Aws and Khazraj tribes, into helpers of Islam and its Messenger.

There were numerous vivid qualities in her character, the most of which was her self-denial and her fight in the way of Allah, more so with sword.

This means Umm `Imarah witnessed and participated in most important battles and events in Islam. Her presence was distinctly recognized more than that of other women who took part in these events.

Sacrifice Lead to Paradise in Uhud

Umm Sa`d bint Sa`d ibnAr-Rabi`who reported this speech said: “And I saw a deep and hollow injury in her shoulder.” This deep injury was caused by the enemy of Allah, Ibn Qami’ah who tried to kill the Prophet, but Umm`Imarah defended the Prophet and received a heavy strike by sword, then she attacked Ibn Qami’ah by striking him by sword repeatedly. In addition to thirteen other wounds, she suffered this deep wound which she continued to nurse for the rest of her life until she died.

She stood firm defending the Messenger of Allah, and he saw her around him defending him gloriously. She took a shield from an escapee, then some knight from the enemies was moving closer to her and hit her with his sword, but she used the shield cleverly then hit the hock of the horse and the knight fell down. At that time the Prophet called upon her son to help her until they both killed that knight. The compassionate Prophet said, “May Allah bless this house hold! May Allah be merciful toward you!” He also said, “The stance of Nusaybah bint Ka`ab is better than so-and-so”

Umm `Imarah received this call, not only with her ears, but with her entire being and feelings. She also felt it with all her senses and from within her love of faith that flourished in her heart. She then said: “O Messenger of Allah, invoke Allah to make us your companions in Paradise”.That was the goal she was aspiring for in this world and in the Hereafter. Therein, the Prophet, supplicated for her saying, “O Allah, make them (Umm `Imarah and her family) my companions in Paradise.”Umm `Imarah said: “After this supplication, I do not care about whatever happens.”

Commenting on her bravery and sacrifice `Umar ibn Al-Khattaab (may Allah be pleased with him) narrates to us from the Messenger of Allah, his noble saying, “Whenever I turned left or right on the Day of Uhud, I could always see her (Umm `Imarah) fighting in my defense.”

The supplication of the Prophet actualized on the entire household of Umm `Imarah. Her sons `Abdullah and Habeeb were martyred in the way of Allah.

She also had an invocation directly from the Messenger of Allah, and from his noble heart, that served as a provision for her in the remaining years of her life and as a light throughout the darkness of nights and days and with which she dispelled the darkness of events, making her a radiating model.

Besides the medal that Umm `Imarah carried since the battle of Uhud and the invocation that the Prophet made for her, she also won a noble and high commendation by which she attained the ranks of the heroic fighters in the way of Allah.

Tested in Her Son

Umm `Imarah experienced severe ordeals concerning her family. But that woman, in the depth of her heart, as a result of the blessing of her companionship with the Prophet, and his supplication for her, was extremely strong and very much persevering.

The Prophet’s choice fell upon her son Habeeb, as one of his two envoys to Musaylamah, the Liar who claimed prophethood. Habeeb was the younger of her two sons. He was handsome, gentle-hearted, strong in faith, steadfast, and truly dear to her heart.

Musaylamah ran into a fury and commanded that Habeeb be tortured until he testified that he was a messenger of Allah. So his limbs were then cut piece by piece while he was tied up. He uttered nothing but a testimony to the Oneness of Allah and that Muhammad is Allah’s Messenger. He remained in that state until he breathed his last and the sad news was brought to Umm `Imarah.

The Messenger of Allah came to her in the company of Abu Bakr and `Umar, may Allah be pleased with them, to console her to this great calamity concerning her beloved son. It was at a time that the deep wound in her neck had deteriorated and her pains had become severer. She was overwhelmed by calamities but she bore all that with extraordinary perseverance.

She vowed that she would witness and take part in the killing of Musailamah, the Liar, as a way of fulfilling the obligation she owed to Allah and His Messenger, and as a way of avenging the death of her son.

After the Prophet’s death , Abu Bakr and `Umar used to visit her to assure, console, and honor her until the Wars of Apostasy and the battle of Yamamah took place. Inevitably, thekhalifah(caliph) Abu Bakr could not but agree to Umm `Imarah’s request to fulfill her vow. He allowed her to set out for the war with the Muslim army.

Then, Umm `Imarah, may Allah be pleased with her, was already ageing and she had became feeble. Although her hair was already covered with grey, her heart was still exuberating with faith.

While the battle was raging, Umm `Imarah with her son `Abdullah by her side were pushing their way into the rows of fighters looking for Musaylamah in order to reach him and take revenge on him.

In that battle, she sustained more than twelve wounds in different parts of her body; and she bled profusely. Her arm was cut off, starting from her injured neck. In spite of that, she proceeded in pursuance of her goal without feeling any pain.

She was directed to Musaylamah who was lying in the ground wounded. Umm `Imarah moved closer to him and started stabbing him with a spear until he died.

It is worth mentioning that when some expensive clothing was given to thekhalifah`Umar, he asked about the person who deserves it most, many names were nominated but he chose Umm `Imarah at the end.

When she returned to Madinah, at the year 13 AH, she came to meet her appointed time peacefully, smilingly and willingly. Indeed she will fortunately meet her loved ones; Muhammad, and his Companions.

A Narrator of Hadith

The scholarly aspect of Umm `Imarah ‘s life also had its place and importance. She was a narrator of Hadith with excellent memory. Some of her narrations contained Islamic jurisprudence.

For example, At-Tirmidhi, An-Nasa’i, and Ibn Majah reported in their Sunan on the authority of Umm `Imarah that the Messenger of Allah, visited her and she presented some food to him. The Prophet told her, “Eat” She said: “I am fasting.” The Prophet then said: “If food is eaten in the house of a fasting person, the angels will invoke blessing on him.”

Al-Waqidi reported that Umm `Imarah said: “Men were shaking the hands of the Messenger of Allah, in the night of (the pledge of) `Aqabah while Al-`Abbas (his uncle) was holding the Prophet’s hand. When it was only me and Umm Manee`, my husband, Ghuzayyah ibn `Amr, said: “O Messenger of Allah, these are two women who came with us to pledge their allegiance to you.” The Prophet said: “I have accepted their pledge to what I accepted your pledge to, for I do not s hake women’s hands. ’”

At-Tirmidhinarrated that she came to the Prophet, peace and blessings be upon him, and said: “I see that everything is directed to men, and that women are not mentioned at all” so, the verse(For Muslim men and women, for believing men and women…) (Al-Ahzab 33:35) was revealed.

She used to perform the prayers in the Mosque and attend religious lessons. May Allah be pleased with her and please her. May He make her a model to be emulated by our mothers, sisters, wives, and daughters.

Read more in this series: "An Islamic Jurisprudence of the Environment"