Was Muhammad a Magician? 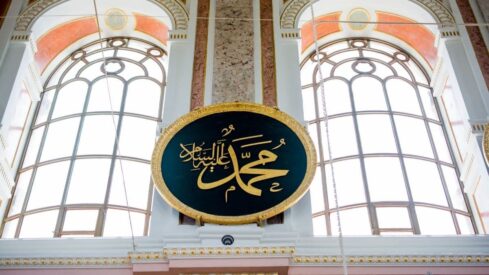 To learn about the extraordinary merits and achievements of Muhammad (peace be upon him) as a prophet, we need to first of all understand the concept of prophethood in Islam.

Islam teaches that Allah Almighty created human beings as His vicegerent on earth. But how can we know the purpose of our existence as well as our role as Allah’s vicegerent unless we received clear and practical instructions of what Allah wants us to do? So Allah sent Prophets to teach people as to what they should know about Him, the universe, and their destiny, as well as to guide them and help them to lead a meaningful life on earth.

All the prophets were humans chosen by Allah to be the best examples for people. But as prophets they were protected from the usual temptations and aberrations of humans, and at times Allah helped them to perform even miracles. Allah revealed to them His Guidance to be conveyed to their people; and the prophets clearly and convincingly told the people that the Message they gave was not their own but was received from the One True Allah.

It was from the prophets that we learned answers to all our eternal questions about life, death, and the Day of Judgment. Through their model lives, they demonstrated to us how to live in this life as good humans.

It is a significant fact that Muslims are the only people in the world to believe in all the prophets of Allah because all the prophets came from the same One God and taught essentially the same message, as taught by the glorious Qur’an:

Indeed, humanity was groping in the darkness of ignorance, injustice, and inequality until these prophets came and led them to the light of truth. When Prophet Muhammad appeared, the Arabian Peninsula was steeped in ignominy and ignorance. The reigning superstitions of the times had turned those people into callous beasts.

But the Prophet was able to instill into them — not merely into a few persons, but into millions who lived in several countries — a culture and enlightenment that made them the best and the noblest of the whole world.

Your question is about the possibility of Muhammad being like one of those extraordinary “magicians” or like one of those great scientists such as Newton or Einstein. Those were, as you said “exceptional people who might be too smart, too strong” etc. Could Muhammad have been like them?

If we study the life and teachings of Muhammad, we can clearly see thathis achievement as a Prophet could never have been realized even by the greatest magician or intellectual giant or even if scores of them worked together. This was to be achieved only by a real prophet, chosen, sent, and guided by Allah Almighty.

In fact, the real miracle of the Prophet was the noble Qur’an, a book that could never have been written by an unlettered man like Muhammad.

And Muhammad never tried to attribute the validity of the religion of Islam to any miraculous or magical power he could summon. In fact, on several occasions when his contemporaries challenged him to work miracles, he plainly declined to do so, because Allah had commanded him to tell those people that he was only a human like any one of them. We read in the Qur’an what means:

*{Say: “I am but a man like yourselves, (but) the inspiration has come to me, that your God is one God. Whoever expects to meet his Lord, let him work righteousness, and, in the worship of his Lord, admit no one as partner.}* (Al-Kahf 18:110)

As mentioned in the above verse, the real miracle of Muhammad was the fact that he received revelation from Allah Almighty to lead the people from the depths of darkness into the light of truth. This was no magical performance, as the nature of divine revelation as well as its content amply demonstrates. The miraculous nature of the Qur’an is evident to anyone who has made even a cursory study of its impact on the Arabs of those days.

Barbarous tribes of people who were so superstitious that they were prepared to kill their own newborn female babies; who used to bow before stone idols and indulge in internecine warfare for decades on end in an unceasing fury of tribal vendetta — these were transformed into a compassionate and cultured society of people who stood shoulder to shoulder, “like a solid concrete wall” irrespective of their tribe, race, color, language, or social position five times a day and surrendered their pride and prestige, indeed their all, by prostrating before Allah the One and Only God of the universe.

Muhammad, with the Qur’an in hand, was able to instill into his followers such human qualities as gentleness, forgiveness, and a spirit of brotherhood so that those primitive people became more concerned with the well-being of their less fortunate brothers than with themselves.

Muhammad, by the grace of Allah the All Merciful, gave shape to a model society, whose hallmark was truth, justice, and peace. This achievement was obviously far beyond the talent of any magician or scientist, no matter how accomplished they are in their respective spheres.

The foregoing underscores the fact that there is absolutely no comparison between Muhammad and all those miracle-workers or “magicians,” however exceptional they may be in their own way.