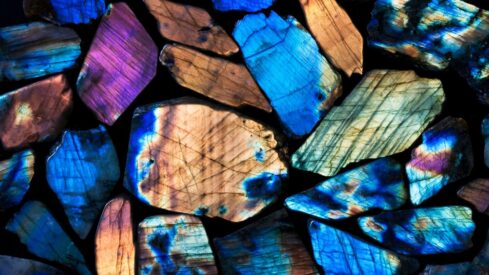 When the value of something decreases in a person’s heart due to familiarity, that thing is no longer received with due hospitality.

I once thought about what makes humans fail to appreciate precious things in their hands, and I discovered a few reasons.

The first is that they may not know the value of that object to start with, or how precious it is. The second is that they may have the knowledge, but it is caged in their mind without passing it on to the heart where feelings reside. The third is to know the value of the object, feel how precious it is, but have other issues that compete over its place in the heart and take over its share of feelings.

Applying this on our stance concerning the first ten days of the month of Dhul-Hijjah, I found a confirmation of my assumption, and saw much evidence for it.

The true reason behind the failure to truly appreciate these ten days, as I found, is the second one I mentioned above; blockage of information in the mind without reaching the heart.

One of our most valued scholars – Sheikh Mohamed Al-Hassan Ad-Diddo – once said: Islamic education in its essence is making a copy of the knowledge in the mind and transferring it to the memory of the heart. Thus, most of that which is permissible and prohibited is known in societies like ours, but the problem is that mental knowledge is not the drive behind taking or refraining from action. It is the heart that drives, so if the information remains separated from the heart, a person is never activated to do good things or be held back from committing sins. If that person succeeds in transforming this information into meanings that settle in the heart and move the feelings, only then will their aims be achieved.

However, it is one of the greatest wonders that our ears have grown used to talking about the seasons of value and blessings until our feelings changed. Some, having heard a great deal about the ten days, will even compete with the mosque preacher in narrating traditions of the Prophet (peace and blessings be upon him) and his Companions (may Allah be pleased with them) and their stories and maybe add to his knowledge. Then the preacher and the listener will be back on their course, and neither the former practiced what he preached, nor did the second benefit from the preaching. So, what good is there in much talking?

Have the seasons of benevolence and blessings turned into mere occasions for giving speeches and showing off our rhetoric skills and scholarly capabilities?

Good advice should act like a chemical catalyst that does not add to the compound but accelerates the reaction.

Lend me your hearts and souls, then, maybe this would give a breath of purity to this subject and help us find new emotions in reading and listening to repetitive words!

Let’s try now to pass over what we know about the first ten days of Dhul-Hijjah to the abode of emotions.

I am not really sure how this is done; however, I will try.

I will attempt to explain, invite and intimidate from the knowledge I have and touch the feelings of every man and woman, so that perhaps they would breathe the life from their hearts into their minds to revive meanings that drive them passionately to do good deeds.

Almighty Allah created humans, and He knows their weaknesses, limitations, and constant need to be reminded and provided for. For that reason, He gave humans gifts and ease in certain days of the year and stops in the seasons of their lives that send them back with a renewed provision of taqwa and a blistering spark of faith.

The first ten days of Dhul-Hijjah are among these occasions.

At-Tirmidhi narrated a hadith from Ibn Abbas (may Allah be pleased with them) in which Prophet Muhammad (peace and blessings be upon him) said: “There are no days in which good deeds are more beloved to Allah than in these days, meaning the ten days of Dhul-Hijjah. They (meaning the Companions of the Prophet) said, O Messenger of Allah: not even struggling for the sake of Allah? He said: Not even struggling for the sake of Allah except a man who left with his soul and money and returned with neither “.(Authenticated by Al-Albani)

This hadith is proof that good deeds in these days are more loved to Almighty Allah than any other days. If they are more loved, then they have more value in His scale.

It also signifies that less preferable work at a preferable time is counted like deeds that are preferable at other times, and exceed them because its reward is multiplied.

However, is the underlying meaning of the hadith that every good deed in these ten days has a privilege over all that is done on other days regardless of how long they continue?

The evidence here is the hadith narrated by Al-Munthiri from Jaber (may Allah be pleased with him), that Prophet Muhammad (peace and blessings be upon him) said: “No days are more preferable to Allah than the ten days of Dhul-Hijjah. One man said: O Messenger of Allah, are they better or equal their number in struggling for Allah’s sake? He said: They are better than their equivalent number in struggling for Allah’s sake.”, Therefore, he preferred the acts in the ten days over jihad that continues for days and may or may not be done absolutely.

Between These Ten Days and the Others

However, Imam Ibn Rajab denies this assumption and sees the first ten days of Dhul-Hijjah and their nights as better than the last ten days of Ramadan including their nights. He uses for evidence a narration with the addition: “and there are no nights better than their nights”, and says (may Allah be pleased with him): “Jaber’s hadith is clear in preferring the nights as well as the days, and if the word ‘day’ is used then the nights are accordingly included, just like the nights include the day accordingly.” .

It was narrated that Ibn Sirin and Qatada used to say: “Fasting every single day of the ten days equals a year.”

These ten days are among Allah’s graces granted to His servants “as Allah created in the souls of the believers the longing to see the Holy Mosque in Makkah and no one can see it every year, He obligated Hajj on those who have the ability to perform it only once in their lifetime and He made the ten days a mutual occasion for both those who travel to Hajj and those who stay at home. Therefore, whoever is unable to perform Hajj one year, can do in those ten days what is even better than jihad – which is in turn better then Hajj – from their own home.” .