When to Draw the Line

The Fruits of Fasting 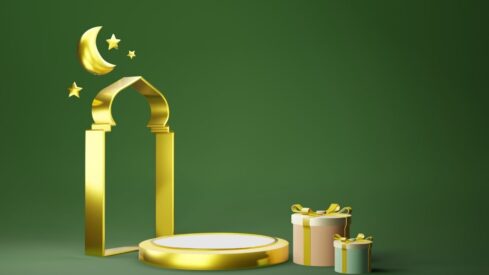 Islam has what Muslims call five pillars. These are obligatory requirements that a Muslim needs to fulfill in order to be a Muslim. Fasting in the month of Ramadan is one of the five pillars.

From the religion point of view, it should be noted that fasting is not only an Islamic practice. It has been a part of several religions (Judaism, Christianity, Hinduism, Buddhism, and Jainism) prior to the advent of Islam.

In Islam, fasting is only for Muslims who are healthy enough to fast and have the means. Anyone who is not in this group is not accountable. It can also be postponed if one is traveling or if one is temporarily unwell.

Ramadan is the 9th month of the Islamic (lunar) calendar. This is the month in which Prophet Muhammad received the first revelation of the Quran. The Quran is the main guide of all Muslims, it is the word of God, and hence extremely important.

According to the solar (Roman) calendar, Ramadan moves up approximately 11 days each year. For example, in 2007, Ramadan started around the 12th of September whereas in 2008 it started the 1st of September.

This is because an Islamic month has 29 or 30 days, and there is no leap year. Therefore, Muslims fast for 29 to 30 days and then celebrate Eid al-Fitr, one of the 2 main festivals in Islam (the 2nd being Eid al-Adha which marks the Hajj, another pillar of Islam)

The format of the fast is that Muslims rise before dawn, and eat a meal called sahur. Abstinence commences from the start of the call for morning prayers. This is approximately 1.5 hours prior to sunrise.

Ramadan is a time to increase prayer and righteousness. During the day Muslims do not eat or drink at all. They also abstain from any sexual activities. They strive harder to keep away from bad manners such as back-biting and lying, which are considered grave sins in Islam all over the year, and not in Ramadan only.

Finally at sunset, Muslims break their fasts by saying a short prayer and eating or drinking something. In order to follow Prophet Muhammad’s way, many Muslims eat dates.

The first question that comes to mind is: why would Muslims put themselves through such an arduous ordeal? One of the meanings of Islam is surrendering to the will of God. God has commanded Muslims to fast and hence, they are most pleased to follow God’s will. But humans are not robots, and they still need to know why?

The first and most obvious answer is that when Muslims obey God, they believe that they shall attain Heaven. This is the supreme benefit, but there are other benefits as well.

Fasting instills compassion in humans. A compassionate society is better than an arrogant society. In addition, only when you are in one’s shoes can you know where they pinch. It is only by staying hungry, and keeping our regular activities, we can know how those less fortunate than us get through the day.

This compassion would inculcate the practice of regular charity. Charity in turn would benefit the economy of a society. There would be more equal distribution of wealth, and the less privileged would enjoy a better life.

Now let’s see benefits for the individual. As per research done by Dr. Elson M. Haas, M.D., Director of the Preventive Medical Center of Marin, California, fasting is one of the best natural therapies for detoxification and cleansing of the system, which is one of the trilogies of nutrition.

According to Otto Buchinger, Sr., M.D., Germany’s great therapist,  “Fasting is, without any doubt, the most effective biological method of treatment… it is the ‘operation without surgery’… it is a cure involving exudation, re-attunement, redirection, loosening up and purified relaxation.”

Similarly, there has been sufficient research to prove that fasting adds to healthy living, and is beneficial to humans.

Furthermore, fasting helps improve self-control. Seeing people around you eat, and restraining yourself from any temptation requires a great deal of self-discipline and willpower. Muslims start fasting as soon as they hit puberty, which is quite a young age.

This is the age when maximum personality development takes place, hormones are undergoing changes, and the child is becoming an adult. It is the best time to encourage adolescents to learn self-control and help them in learning to restrict themselves.

In life, especially in youth, we come across several enticements, some like drugs, are extremely harmful. If kids grow up learning to restrain themselves (even though others around them maybe indulging), it is easier for them to say no.

Lastly, Ramadan is a time for self-reflection, a time to direct oneself towards righteousness. It is a time of improved spirituality and mannerism. According to all modern scientific investigations, it takes humans approximately 3 weeks to habituate themselves (either to break a habit or even routine oneself).

Some findings have shown 14 days to be enough, but then not all humans may be as disciplined. Dr. Maxwell Maltz, an American cosmetic surgeon, said “our brain does not accept ‘new’ data for a change of habit unless it is repeated each day for 21 days.”

Dr. Lee Rice, an expert in preventative medicine, says that it takes as little as 14 days to “rewire your brain” or create new brain pathways that make habits easier to follow, so the habits become more effective and long-lasting. This concludes that  four weeks should be perfect to develop virtuous habits and improve oneself.

In conclusion, God says in the Quran about Ramadan and fasting,

O ye who believe! Fasting is prescribed to you as it was prescribed to those before you that ye may achieve piety. (Fasting) for a fixed number of days; but if any of you is ill or on a journey the prescribed number (should be made up) from days later. For those who can do it (with hardship) is a ransom the feeding of one that is indigent. But he that will give more of his own free will it is better for him and it is better for you that ye fast if ye only knew.

Ramadan is the (month) in which was sent down the Quran as a guide to mankind also clear (Signs) for guidance and judgment (between right and wrong). So everyone of you who is present (at his home) during that month should spend it in fasting but if anyone is ill or on a journey the prescribed period (should be made up) by days later. Allah intends every facility for you He does not want to put you to difficulties. (He wants you) to complete the prescribed period and to glorify Him in that He has guided you; and perchance ye shall be grateful. (Al-Baqarah 2:183-185)