Who Were His Friends? 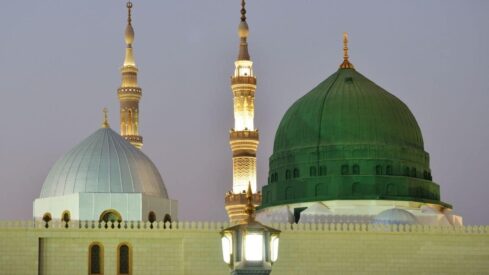 Mention is often made of the Companions of the Prophet (peace and blessings be upon him). Just who were they and why are they so important?

A Companion is anyone, man or woman, who met the Prophet (peace and blessings be upon him)—whether for a short or long period—and who died while still Muslim. Many of the Companions were relatives, wives, servants, or close friends of the Prophet. The details of the Prophet’s life—including his words, deeds, and reactions to events—have been handed down to us through the Companions. These accounts form the collection of Hadiths from which we derive the Sunnah, which is the second basis of Islamic law after the Qur’an.

The Companions, men and women, are exemplars of faith. The earliest Muslims suffered terrible torments at the hands of the Quraysh, the ruling tribe of Makkah. Those who emigrated from Makkah left behind their homes and families, even all their worldly possessions, to follow the call of Islam.

Many of them were fearless. One of them (‘Ali ibn Abi Talib) was willing to take the place of the Prophet (peace and blessings be upon him) in his bed when the Quraysh were planning to assassinate Muhammad in his sleep. Another, a woman (Nusaybah bint Ka‘b), protected the Prophet in the Battle of Uhud when most of his followers had fled the field. Many others fought fearlessly in the battles to defend their faith.

The Companions memorized the verses of the Qur’an as they were revealed, and those who could write the verses down. So many of them devoted themselves to memorizing the entire Qur’an that when Zayd ibn Thabit was charged with compiling one standard copy, he was able to assure there were no errors in writing by comparing his copy to the memorization of the Companions. Allah promised to protect His Qur’an, and it was through the efforts of the great Companions (and their later followers) that He did so.

Because some of the Companions were in such close contact with the Prophet (peace and blessings be upon him) and familiar with his sayings and doings, their opinions on jurisprudence were often sought and remain recorded in books. Many of the Companions, including his wife ‘A’ishah, survived the Prophet by several decades and were able to pass on their knowledge to two or three generations. Thus we owe a great deal to the Companions of the Prophet, and we honor and respect them all.