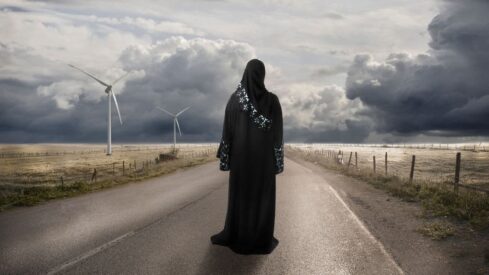 The Qur’an provides clear-cut evidence that woman is completely equated with man in the sight of God in terms of her rights and responsibilities. The Qur’an states what means:

[…So their Lord accepted their prayers, (saying): I will not suffer to be lost the work of any of you whether male or female. You proceed one from another…] (Aal `Imran 3:195).

Woman according to the Qur’an is not blamed for Adam’s first mistake. Both were jointly wrong in their disobedience to God, both repented, and both were forgiven. In one verse in fact, Adam specifically, was blamed. [Then they both ate of it, so their evil inclinations became manifest to them, and they both began to cover themselves with leaves of the garden, and Adam disobeyed his Lord, so his life became evil (to him).] (Ta-Ha 20:121)

In terms of religious obligations, such as the daily Prayers, fasting, sadaqah (optional charity), and Hajj (Pilgrimage to the Ka`bah), woman is no different from man. In some cases, woman has certain advantages over man. For example, the woman is exempted from the daily Prayers and from fasting during her menstrual periods and during the post-partum bleeding. She is also exempted from fasting during her pregnancy and when she is nursing her baby if there is any threat to her health or her baby. If the missed fasting is obligatory (during Ramadan), she can make up for the missed days whenever she can. She does not have to make up for the Prayers missed for any of the above reasons. Although women can and did go into the mosque during the days of the prophet and thereafter attendance the Jumu`ah (Friday Prayer) is optional for them while it is mandatory for men.

This is clearly an example of the tender touch of Islam, as it is considerate of the fact that a woman may be nursing her baby or caring for him, and thus may be unable to go out to the mosque at the time of the prayers. They also take into account the physiological and psychological changes associated with her natural female functions.