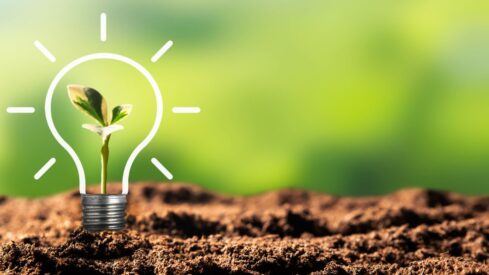 In a beautiful hadith narrated by Abu Hurairah, Prophet Muhammad (peace be upon him) said: “The example of a believer is that of a fresh tender plant; from whatever direction the wind comes, it bends it, but when the wind quietens down, the plant becomes straight again…” (Al-Bukhari and Muslim). Such an analogy depicts the fine balance between nature and human kind. And between us and nature is that sacred creation of God that He only understands. The kindness and compassion from God that has been bestowed upon believers is a message that is sent to us to be kind and compassionate towards our environment, our surroundings, the flora and fauna, and also the animals. By these means, we grow straight upwards once again.

As Prophet Muhammad is seen as a Messenger of all of mankind, it is surely befitting that believers need to follow his lead in all matters, and this includes environmental advocacy as well as protecting the rights of animals.

Prophet Muhammad reminded us to be kind towards everything, big and small, and even saplings that seem insignificant in the human eye, deserve the best attention from believers. In fact, the Prophet talked about planting trees as a great deed to savor – as trees that grow provide abundance of benefits for others, such as fruit and food, and even shade.

“If the Hour (the day of Resurrection) is about to be established and one of you was holding a palm shoot, let him take advantage of even one second before the Hour is established to plant it.” (Authenticated by Al-Albani)

Imagine the rewards of planting a tree just before the Day of Judgment, and then multiply it by the great rewards if we were to plant it in this present day and it outlived us for decades. It’s a charity that Prophet Muhammad (peace be upon him) promised that will be added to good deeds – what a great way to reap rewards!

“If a Muslim plants a tree or sows seeds, and then a bird, or a person or an animal eats from it, it is regarded as a charitable gift (sadaqah) for him.” (Muslim)

Conserving the environment was so important to the Prophet that he sternly warned his followers of dirtying shaded places (used by people to rest), waterways or walkways, as this would cause harm upon others who were to use the same places for their own purposes. Personal hygiene was very important for the Prophet and he wanted to ensure that Muslims also perused the same amount conscientiousness when keeping clean, and especially keeping the environment clean as this would affect their Muslim brothers and sisters in the vicinity.

“Removing harmful things from the road is an act of charity.” (Al-Bukhari and Muslim)

This alone is a great reminder to keep the environment in an orderly manner, as one that is hap hazard could lead to harm upon others.

However, even with the importance of cleanliness of the environment and personal hygiene, Prophet Muhammad warned sternly against excessiveness and wastage. One companion, Sa’d, was performing ablution by a river and seemed to be wasting water. Prophet Muhammad questioned his actions, and reminded that even ablution could lead to wastage – even if it was by a flowing river.

Wastage, in fact, was a general problem, even during the time of the Prophet, thus Prophet Muhammad advised against excessiveness, even in matters of food and drink.

Prophet Muhammad had clarified that:

Prophet Muhammad was also big on recycling. He would be very careful with the items he would acquire, and he was reported to have very few material belongings, as he did not want to get attached to worldly matters. By doing so, he also made living very sustainable, as he did not have to continuously acquire new things. By doing housework even, he demonstrated how grateful over the menial things that God granted him, and never took them for granted.

His beloved wife, Aisha reported that:

“He used to repair his own shoes, sew his clothes and carry out all such household chores done without complaint or want for more. (Authenticated by Al-Albani)

“Fear God in your treatment of animals.” (Abu Dawud)

He directed his followers to be kind to all living things, even dogs, which are not permitted to be kept as pets for Muslims. Yet kindness and compassion towards dogs was an obligation upon every Muslim.

Likewise, the killing or cruelty towards any creature was strongly condemned by the Prophet. He had been reported to say:

“If someone kills a sparrow for sport, the sparrow will cry out on the Day of Judgment: “O Lord! That person killed me in vain!  He did not kill me for any useful purpose.” (An-Nasa’i)

Although killing animals for a sport or a hobby is grotesquely forbidden, Muslims are allowed to slaughter animals for food and sustenance. However, the fine balance between man and beast must be observed, as slaughtering and consuming meats is also considered a form of worship. Prophet Muhammad reminds us to treat animals with kindness, even up to the time of slaughter as to ensure that even when an animal is slaughtered for its meat it dies in dignity and care, for the right purposes.

Human beings are an important part of nature and considered to be the guardians of the earth. When one is entrusted with such a responsibility, one needs to take it seriously, as the environment hangs in a fine balance when it comes to its well-being.

The best role model to advocate for the environment lies in Prophet Muhammad, who went to great lengths for keeping the peace and serenity of all things, and to continuously be kind to all living creatures that make up the colorful mosaic of the earth.