Believers as Defined in Surat Al-Mu’minun 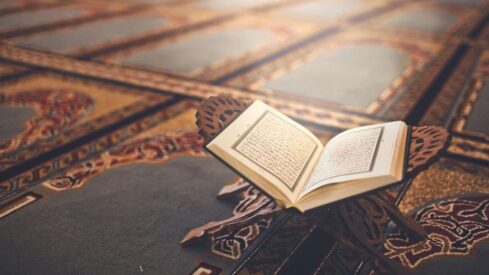 One of Almighty Allah’s great miracles that He bestowed upon Prophet Muhammad (peace and blessings be upon him) was aiding him with an elite community of believers “Mu’minun” who fully understood the meaning of faith. The deeds of the early Qur’anic generation of believers were governed by their righteous belief and virtuous attributes.

Today, Muslim societies are in great need of such qualities and attributes that will uplift their faith and strengthen their consciousness of Allah, the Exalted Creator. The utmost success of the entire Muslim nation in this life and the Hereafter is based on their correct comprehension of the meaning of faith; and hence, reflecting the noble attributes of the believers in their daily life.

Almighty Allah says: Successful indeed are the believers. Those who are humble in their prayers, Who avoid vain talk, Who are active in paying zakah (Al-Mu’minun 23: 1-4).

These glorious verses are in the beginning of Surat Al-Mu’minun that takes its name from the first verse. The name of the surah reflects its theme and defines its subject. Therefore, it begins with the attributes of the believers and digresses into the signs of faith in both the individual and the society.

The context of the surah declares and calmly argues the sentimental logic and feelings that inspire thought and the consciousness. The mood dominating the surah is that of faith presented through its subject. Its opening verse depicts the scene of solemnity and full submissiveness in salah: (Those who are humble in their prayers), followed by the splendid description of the believers and their righteous attributes.

Those who have accepted the message of Prophet Muhammad (peace and blessings be upon him) and followed him have acquired most of the noble qualities. This is a practical proof of the truthfulness of his message.

It was related by ‘Urwah Ibn Az-Zubair that `Umar ibn Al-Khattab (may Allah be pleased with him) said: “This surah was revealed in my presence and I myself observed the state of the Prophet (peace and blessings be upon him) when it was being revealed. When the revelation ended, the Prophet (peace and blessings be upon him) remarked: ”On this occasion, ten verses have been sent down to me, that the one who measures up to them, will most surely go to Paradise.” Then he recited the beginning verses of this Surah.” (Ahmad)

Almighty Allah says in the first verse: Successful indeed are the believers.

This is a divine promise and a clear declaration of success to the believers. “This is Allah’s promise! Allah will not fail His promise, but most people do not know (Ar-Rum 30: 6). The believers, who have attained true success, either individually or collectively, are those who have accepted the Message of Muhammad (peace and blessings be upon him), acknowledged him as their guide and followed his example.

This assertion cannot be fully appreciated unless one keeps in view the background on which it was based. On one hand, there were the chiefs of Makkah, the opponents of Islam, whose businesses were thriving and who were enjoying every aspect of life. On the other hand, there were Muslims, a majority of whom were either poor or deprived of their properties who were poor because of the ruthless antagonists of Islam.

Therefore, the assertion, (Successful indeed are the believers) with which the surah begins, declare to the disbelievers throughout the ages that their criterion of success and failure is not only money, fame and secular gains as many would think. For besides being transitory and limited in nature, it is based on misconceptions that lead to real failure and imaginary success.

The followers of Muhammad (peace and blessings be upon him) whom the disbelievers regard as failures, are truly successful as they, by following Muhammad’s right guidance, have struck a bargain which would lead them to true success and everlasting bliss in this world and in the Hereafter. However, the disbelievers incur loss and negative consequences in this world and the Hereafter by rejecting Muhammad’s message (peace and blessings be upon him).

This is the main theme of the surah and the entire discourse, from beginning to end, is meant to impress it. The noble characteristics of the believers that are pointed out in the next few verses are the arguments to prove the above assertion. The Muslim character is fully and perfectly depicted by these characteristics of which the highest degree was that of Muhammad (peace and blessings be upon him). He was the best of Allah’s creation that Almighty Allah described in His noble Qur’an: “And most surely you (Muhammad) conform (yourself) to sublime morality.” (Al-Qalam 68: 4)

A Muslim should stand straight in salah and recite the verses of the Qur’an in the sweetest voice.

When `A’ishah (may Allah be pleased with her) was asked about the character of the Prophet (peace and blessings be upon him), she replied: “His character was the Qur’an,” then she recited: “Successful indeed are the believers” till “And those who keep a guard on their prayers.” Then she said: “That is how The Prophet was”. (An-Nasa’i)

Proving the assertion in the first verse and highlighting the attributes because of which the believers deserve divine reward, the surah portrays a clear picture of these attributes.

“Khashi`un”, which is the Arabic word for “humble’’ or “submissive”, is from the word “Khushu`”. It means to bow down, to express humility which is a condition of the heart and the body. Humbleness, or “Khushu`” of the heart is to fear and stand in awe of Almighty Allah, and Khushu` of the body is to bow one’s head and lower one’s gaze and voice in Allah’s Company. While performing salah, a Muslim is required to show Khushu` of both the heart and the body, and this is the essence of salah.

Though Khushu` is actually a condition of the heart it is manifested by the body as a matter of course. A Muslim, during salah , should neither turn right nor left, neither shift about nor incline sideways. But, he should fix his gaze on the place of prostration.

Similarly, a Muslim should stand straight in salah and recite the verses of the Qur’an in the sweetest voice. It is also not approved for a Muslim to offer salah in a hurry. The injunction is that each part of salah should be performed in perfect peace and tranquillity before doing the next part.

Along with this etiquette of the body, it is also important that a Muslim avoids thinking of anything during salah so as to purify his thoughts and keep his mind in full harmony and in tune with Almighty Allah in order to sense His grace. The Muslim should also try his utmost to ensure that the mind and heart are completely turned towards Almighty Allah to worship Him alone. Salah should have impressive influences on the Muslim’s behaviour. His speech, deeds and dealings should be conducted by the spiritual power attained from salah.

Avoiding Vain Speech (And those who avoid vain talk – laghw)

Literally, the word Laghw (vain talk) is anything nonsensical, meaningless and vain, which achieves nothing and attains no goals or purpose in life. Muslims pay no heed to such useless things and show no inclination or interest in them. If by chance they see or pass by people who indulge in such things, they keep away, avoid them scrupulously and treat them with utmost indifference. This attitude has been described in surat Al-Furqan in the context of showing some of the attributes of Muslims. Almighty Allah says: “Those who witness no falsehood, and, if they pass by futility, they pass by it with honourable avoidance” (Al-Furqan 25: 72).

This is indeed one of the outstanding characteristics of Muslims. A Muslim is asked to distract himself from evil, vain talk. Instead, his attention should be diverted towards the remembrance of Allah and contemplation of His signs in the universe. He should also be occupied in maintaining his faith in different ways such as purifying his soul, holding steadfast to his faith, enjoining what is good and avoiding what is evil and protecting the community from corruption.

Hence, a Muslim always feels the burden of responsibility regarding the world as a place of test; and life as a limited time allowed for that test. This feeling makes the Muslim behave seriously and responsibly throughout life and to spend each moment of his life doing what is useful and productive for his ultimate results.

Even in matters of recreation and sport, the Muslim approaches only those acts that lead to a good end in life and do not result in wasting time. For the Muslim time is not something to be killed, but it should be used profitably and productively.

Furthermore, the Muslim is a person who possesses right thinking, a pure nature and fine taste. Therefore, he only participates in useful talk with no inclination to indecent deeds or indulging in idle talk. Abu Hurairah (may Allah be pleased with him) narrated that the Prophet (peace and blessings be upon him) said: “Let him who believes in Allah and the Last Day either speak good speech or keep silent.” (Bukhari and Muslim). The Muslim may have a fine sense of humour, but must not be given to jesting, joking or ridicule, nor can he endure dirty jokes. He never takes part in abusive language, back-biting, slander, lying, immoral songs, fortune-telling or indecent talk as all of these are, for him, a source of torture and agony.

Describing the atmosphere of the promised Paradise and the kind of speech that would be heard therein, Almighty Allah says: “They shall not hear therein vain or sinful discourse” (Al-Waqi`ah56: 25).

Besides purifying his tongue of vain talk, the Muslim is also required to purify his money by charity; either obligatory charity; zakah, or voluntary charity; sadaqah.

The word zakah, in Arabic, literally means purification and development without obstruction. As an Islamic term, it implies both the portion of wealth taken out for the purpose of purifying the rest of the wealth and the act of purification itself. The words in this verse mean that the believer constantly practices purification. Thus, the meaning is not confined to paying zakah dues only, but it extends to self-purification which includes purification of morals as well as wealth, property, and life in general.

Hence, purification is not limited to one’s own self, but it includes the purification of the lives of other people as well. So, the verse means that Muslims are the people who purify themselves as well as others. This fact has been stated in other places in the Qur’an. For instance, Allah says: “He indeed shall be successful who purifies himself, and magnifies the name of his Lord and prays.” (Al-A`la 87: 14-15)

Related Topics
Sheria'h
The Spirit of `Ibadah in Islam (Hajj)
Sheria'h
Hajj: Getting Ready
Sheria'h
Should I Say Sorry for Being Old?
Sheria'h
So That Our Hajj May Be Accepted
Sheria'h
Who will Inherit the Muslim Community?
Recent Articles 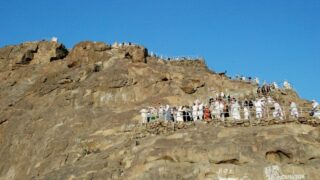