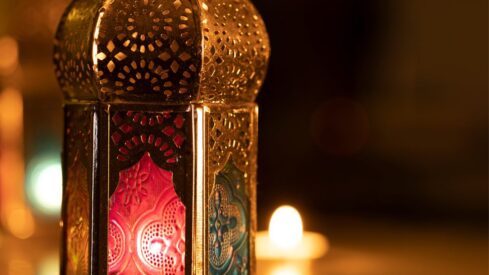 During the blessed month of Dhul-Hijjah, the Muslim Ummah witnesses two commemorative events that stir the spirit of sacrifice in every Muslim’s consciousness. The first one is `Eid Al-Adha, which goes back in history to the time of Prophet Abraham (peace and blessings be upon him) and his family, with their strong faith and firm belief in Almighty Allah.

Prophet Abraham and his son Ishmael struggled persistently for the sake of Allah and endured tribulations with equanimity. They finally passed the toughest test of trust and belief in Allah: Allah’s divine order to Abraham to slaughter his only son.

The other event is Hajj, which is considered the biggest human migration and the largest human gathering in the entire globe. These blessed days commemorate and remind Muslims of Prophet Muhammad’s Farewell Sermon on Mount `Arafat, in which he laid down, in the most succinct way, fundamental and final rulings regarding human and spiritual issues.

In that sermon, more than 1,400 years ago, the Prophet (peace and blessings be upon him) prohibited racism and prejudice among human beings: He affirmed that there would be neither superiority of Arabs over non-Arabs nor superiority of the white over the black, and so on, except on the basis of taqwa (piety and fear of Allah).

Hajj is a live, practical example of equality and fraternity, which the Prophet called for throughout his life. People of all nationalities, colors, and social classes (poor and rich, rulers and subjects, white and black, Arab and non-Arab) perform Hajj by doing the same rituals and while wearing the same clothes. The whole world stares at this huge gathering with amazement, but only the fortunate are blessed with a potent share of this blessing of Islam.

After following the prophetic moral advice of the Farewell Sermon, Muslims can celebrate their `Eid, with the spirit of giving, sharing, and feeling other people’s needs and grieves; it is the spirit that pleases Allah and His Messenger.

`Eid Al-Adha has, among other things, threefold significance for Muslim minorities in the West:

It presents to the West an attention-grabbing example of Muslims’ attitude of sharing and caring. In the days of `Eid and on other happy occasions, true Muslims do not forget the less-fortunate members of society.

Both Eids have a mark of distinction for Muslims. They reinforce their identity and shield them from cultural assimilation. Celebrating the Eids nullifies any defeatist mentality of blindly imitating other cultures dissociated from the divine law.

Excerpted with modifications from Witness-Pioneer.org