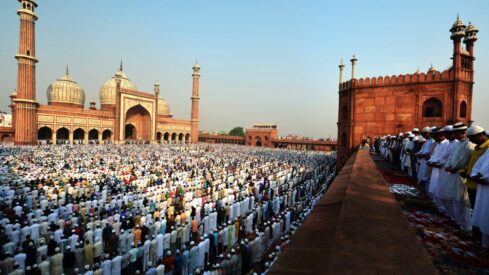 `Eid, in Islam, is a day of joy, thanksgiving, worship, brotherhood, solidarity, and morality. A Muslim should take the advantage of this day to bring himself nearer to Allah, Most High.

The Prophet (peace and blessings be upon him) said: “Every nation has its festival, and this is your festival.” Here, he referred to the fact that these two `Eids are exclusively for the Muslims.

These two `Eids are among the signs of Allah, to which we must show consideration and understand their objectives. Below, we will elaborate the rulings and etiquette of `Eid.