Fasting: Training for the Believer 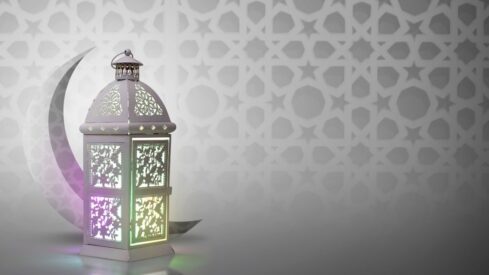 It is only natural that fasting should be decreed to the nation that is duty bound to launch a campaign to establish the Islamic way of life that Allah has laid down for mankind, to call people to accept it, and to testify against them in respect of their attitudes to it. Fasting is a manifestation of man’s determined will and his relationship with his Lord, which is based on total obedience and submission to Him. Fasting is also a demonstration of man’s deliberate disregard of all his physical needs. He willingly forgoes these needs in order to achieve his aim of winning the pleasure of Allah and earning His reward. These are necessary elements in the training of the believers so that they are able to bear the pressures and hardships of the way they have chosen. It is the thorny way, full of obstacles. On both sides of it there are all sorts of pleasures and temptations that beckon the travelers, trying to force them off their course.

We may add also that fasting has numerous advantages for health that continue to be discovered as time passes. I am personally not inclined to relate religious duties and directives, especially in matters of worship, to their apparent physical advantages. The underlying purpose of all such duties and directives is to equip man adequately to fulfill his role in his life and to prepare him for the achievement of the standard of perfection designed for him in the hereafter.

Nevertheless, I do not deny any benefit that we may observe or that scientists may discover to result from the fulfillment of such religious duties and directives. It goes without saying that Allah takes into consideration the physical constitution of man before He lays down his duties for him. We must not, however, relate our religious duties solely to what our human knowledge discovers. Our knowledge is, after all, limited and cannot comprehend fully the divine wisdom behind everything that relates to man and his education and training, let alone comprehend everything that relates to the universe.

Allah realizes that man requires help and motivation in order to respond to duty and fulfill it regardless of its benefits. It takes time for man to get used to a certain duty and to be convinced of its wisdom. Hence, the decree of fasting starts with the address made to the believers, which reminds them of their essential quality, that is, their belief in Allah. They are then told that fasting has always been a duty required of the believers in all religions. Its principal aim is their education and training so that their hearts acquire a high standard of sensitivity and purity and that the fear of Allah is well established in them:

(Believers, fasting is decreed for you as it was decreed for those before you, so that you may be God-fearing.)

To fear Allah, then, is the great aim of fasting that looms large before our eyes. As the believers fulfill this duty, in total obedience to Allah and in pursuit of His pleasure, they feel the quality of fearing Allah to be a life within them. This is, indeed, the quality that guards their hearts against spoiling their fasting by indulging in sin. Those who are addressed by the Qur’an are fully aware of the value Allah attaches to this quality of fearing Allah and being conscious of Him. Its acquirement is something for which they yearn. Fasting is a tool with which it is achieved, or we may say, a way that leads to it. Hence, the Qur’an raises it before them as a noble objective that they try to achieve through fasting.

They are then told that fasting is prescribed only for a certain number of days. It is not to be practiced every day in their lives. Exempted from it, however, are the ill until they have recovered, and the travelers until they have settled:

((Fast) a certain number of days. But whoever of you is ill, or on a journey, shall fast instead the same number of days later on.)

Taken at its face value, the statement concerning the exemption of the ill and the travelers is general, unrestricted. Hence any illness or journey is a good reason for exemption from fasting, provided that compensation is made when the case that justifies the exemption no longer obtains. This is my understanding of this general, unqualified Qur’anic statement. Moreover, it is more in line with the Islamic concept of relieving the strain and causing no hardship. The exemption is not related to the severity of the illness or the hardship of the journey; it is related to sickness and traveling generally. The purpose of the exemption is that it is Allah’s wish to make things easy, not hard, for man. We cannot claim to have full knowledge of the divine wisdom behind relating this exemption to sickness and traveling generally. There may be some considerations known to Allah and unknown to man in these two cases. There may be some hardships that may not immediately appear to us or we may tend to overlook. Since Allah has not attached this exemption to any particular reason, we refrain from making any judgment concerning it. We obey any statement Allah has made, even if its wisdom does not appear immediately to us. What is certain is that there is a wisdom behind it, although we may not necessarily recognize it.

Some people may fear that such an opinion may cause people to be lax or to neglect their worship duties for any reason. Indeed, this is what has prompted Islamic scholars to adopt a more strict attitude and to lay down conditions. This argument, however, does not justify, in my opinion, attaching any restrictions to an unqualified statement made by Allah. Islam does not compel people to be obedient. Its method is to implant in them the fear of Allah so that they obey Him. The acquirement of the quality of fearing Allah is the particular aim of this type of worship. He who tries to make use of a certain concession made by Allah in order to evade fulfilling a duty is, in the first place, devoid of goodness. With such an attitude, the aim behind the religious duty cannot be fulfilled. We must not forget that Islam is a religion laid down by Allah, not man-made. Allah knows best that this religion achieves a perfect balance between the relaxation of certain duties and strict adherence to duty. A certain exemption or concession may serve a certain interest that cannot be served otherwise. Indeed, this must be the case. Hence, the Prophet (peace and blessings be upon him) has ordered Muslims to make use of the concessions and exemptions Allah has allowed them.

If it so happens that people in a particular generation have become corrupt, their reform cannot be achieved through an extra-strict application of Allah’s rules, but through their education and motivation to acquire the quality of fearing Allah. If a strict application of the rules that govern human transactions may be used as a deterrent or as a means to prevent evil when corruption spreads, the same cannot be applied to matters of worship. Worship is a relationship between man and His Lord that has no direct effect on the interests of human beings, in the same way as the rules governing human transactions have. Appearances in matters of worship are irrelevant, unless worship is based on fearing Allah. If this quality is present, no one would try to evade a duty or utilize a concession except when he is fully satisfied that making use of it is preferable, in obedience to Allah, in the particular case in which he finds himself.

A strict application of the rules that govern acts of worship generally or a tendency to restrict the exemptions that have not been qualified originally may cause some people to refrain from using them when they need them. Moreover, it has little effect in checking those who want to be evasive. It is far better to handle matters in whatever way Allah has made clear to us. He has far more wisdom than us and He knows best the interests, immediate and not so immediate, served by all His rules that lay down duties or relax them.

As for the exemption from fasting in cases of illness, it appears to me that the exemption applies to every case that may be reasonably described as illness, regardless of its nature or intensity. It is compulsory for anyone who makes use of this exemption to compensate for the days of Ramadan that he does not fast because of illness or traveling. Each day is compensated for by fasting one day at any time during the year [except for those days in which fasting is originally prohibited such as the two `eids]. The weightier opinion is that there is no need to fast on consecutive days when one fasts in compensation for the days he did not in Ramadan.