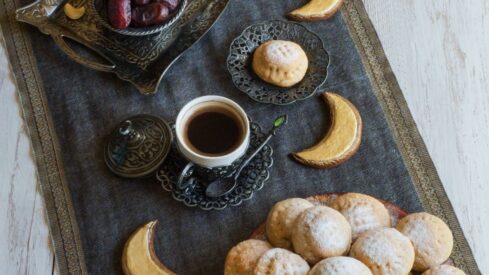 Mixing of men and women in some prayer-places, streets, etc. It is a pity that this happens not only in mosques, but, even in the most sacred of places, al-Masjid al-Haram [in Makkah]. Many women – may Allah guide them – go out uncovered, wearing make-up and perfume, flaunting their adornment, when there is such serious overcrowding in the mosques – the dangers of this situation are quite obvious. So those who are in charge must organize the `Eid prayers properly, by allocating separate doors and routes for women and delaying the men’s departure until the women have left.

Some people get together on `Eid for the purpose of singing and other forms of idle entertainment, and this is not permitted.

Some people celebrate on Eid because Ramadan is over and they no longer have to fast. This is a mistake, the believers celebrate at Eid because Allah has helped them to complete the month of fasting, not because the fasting, which some people regard as a heavy burden, is over. We ask Allah to accept our worship and our repentance. May Allah bless our Prophet Muhammad, peace and blessings be upon him.