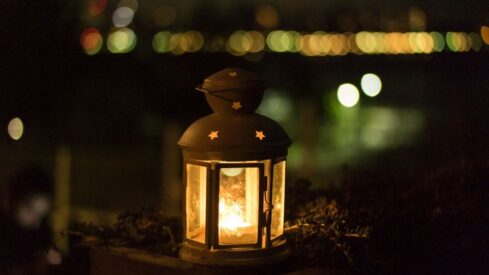 For Muslims, the lunar month of Ramadan is an annual training period for an examination wherein all the perceptual organs of the body are disciplined, those organs given to us by God as a trust with a view for us to become His vicegerent on Earth.

Fasting provides an opportunity to fine-tune the body, to develop qualities of endurance, to control anger, a hot temper and a malicious tongue.

The fasting person should avoid such actions that might arouse passion in oneself or in others such as casting lustful eyes at a woman, and abstain from thinking of carnal thoughts and fantasizing pleasures incompatible with the spiritual regimen.

It is a well-known fact that animals can be brought under control by keeping them occasionally hungry and then feeding them at planned intervals. Similarly, humans can tame the animal within themselves and become their masters through fasting for one whole month.

One of the objectives of fasting is to bring unruly passions under control. One who can rule his desires and make them work as he likes, has attained true moral excellence.

God puts our faith to a severe test for one month for many long hours a day with strict non-indulgence in physical gratifications.

Muslims believe that if they succeed in this test, more strength develops in them to refrain from other sins and the brain responds by sending frequent signals to protect themselves by rejecting evil immediately.

From a moral point of view, during fasting one becomes more sympathetic and tolerant towards those in needy circumstances.

It brings about a better realization of human understanding. In this world of today, with the population explosion where two thirds of the world go to sleep on an empty stomach, the quicker this realization takes place, the sooner the problems would be appreciated and solved.

It is only during such time as Ramadan, that one can reflect and make an inventory of the importance of the basic moral values affecting oneself and the community as a whole.

Perhaps it would be interesting to consider why fasting was not made compulsory every single day of one’s life. God gives us a month of compulsory fast, then gives us eleven lunar months to determine whether we have achieved the desired result for the balance of the year.

This eleven month grace period is the reasoning behind why we should not be fasting every single day of our lives. If we had done so, then we would have been under continuous compulsory restrictions of the Islamic fast all the time throughout the year and we would not have had the complete and unrestricted freedom to have done as we like, and hence our will power would not have been given a chance for development of a strong personality.

Personality grows much more when we are free to do any wrong we would like but do not do it under unrestricted conditions such as during the eleven months following the Ramadan fast.

Both during Ramadan and after, God gives us the opportunity to examine our spiritual profile and see where the defect lies. If there are any tint of jealousy, hatred, malice, miserliness, cheating, intrigue and unforgiving thoughts and actions, Ramadan is the time to overcome these traits.

We can learn a lesson from the Japanese to whom every defect is a treasure which needs prompt correction.

The effect of fasting on the human personality is capital and decisive. It enables man to subdue the strongest worldly urges raging within him and brings a harmonious equilibrium between the temporal (the body) and the spiritual (the soul) both coming together in peaceful coexistence.