“My Mercy Prevails Over My Wrath” 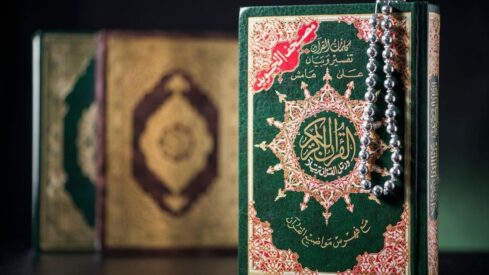 First of all, we need to understand what we mean by “humanly quality” and what we mean by “divine quality.” I hope you understand the Qur’anic idea that humankind is Allah’s khalifah (vicegerent) on earth. This means, among other things, that Allah has endowed man with some of His own qualities, but within limits.

Some of the qualities like mercy or kindness that we call “human” are given to humankind by Allah, and these same qualities are present in its fullness in Allah. For this reason, a comparison between human kindness, for instance, and divine kindness (though it is incommensurable) is possible for our understanding.

In the Qur’an, we read of Allah as “Al-Wadud” (the Loving) what means:

*{And He is the Oft-Forgiving and Loving}* (Al-Buruj 85:14)
You can see that for all practical purposes, Allah’s love is His mercy that is freely given to His creatures.

Allah says what means,
*{Say: O My slaves (humankind) who have been prodigal to their own hurt! Despair not of the mercy of Allah Who forgives all sins. Lo! He is the Forgiving, the Merciful}* (Az-Zumar 39:53)
The idea is that those who do wrong are hurting themselves, however, Allah’s forgiveness has no limits and the only condition is that we should repent and pray for His Mercy.
The Qur’an tells us of the angels praying for the believers:
*{Our Lord, You comprehend all things in mercy and knowledge. So, forgive those who repent and follow Your way and save them from the torment of the Blazing Fire}* (Ghafir 40:7)
The infinite mercy of Allah the Most Compassionate, the Most Forgiving, manifested itself when Allah sent His messengers and revealed to them His books. And He has guaranteed His special mercy to those who are willing to accept His guidance:
*{O humankind! There has come to you a good advice from your Lord and a healing for that (disease) which is in your breasts — a guidance and a mercy for the believers}* (Yunus 10:57)
And to Prophet Muhammad (peace and blessings be upon him) Allah said what means:
*{And We have sent you not (O Muhammad), but as a mercy for all}* (Al-Anbiyaa’ 21:107)
Allah’s mercy is bestowed on all His creatures and is seen in everything around us — in the water we drink, in the air we breathe, in the sunshine we enjoy, and so on. Allah says,

*{And My Mercy embraces all things}* (Al-A`raf 7:156)
The Prophet said, “When Allah created the creatures, He wrote in the Book, which is with Him over His Throne: “Verily, My Mercy prevailed over My Wrath.”
(Al-Bukhari)
He also said, “Allah has divided mercy into 100 parts, and He retained with Him 99 parts, and sent down to earth 1 part. Through this one part creatures deal with one another with compassion, so much so that an animal lifts its hoof over its young lest it should hurt it.” (Al-Bukhari)

Prophet Muhammad said, “Those who show mercy to their fellow beings will be shown mercy by the Merciful Lord. So, show mercy to those on the earth, and He Who is in the heaven will show mercy to you.” (At-Tirmidhi)
The Prophet also said:

There is another famous hadith where the Prophet is reported to have said,
Allah, the Almighty, says, ‘Whosoever does a good deed, will have a reward 10 times like it and I add more, and whosoever does an evil, will have the punishment like it or I will forgive him, and whosoever approaches Me by one span, I will approach him by one cubit, and whosoever approaches Me by one cubit, I approach him by one fathom, and whosoever comes to Me walking, I go to him running, and whosoever meets Me with an earth-load of sins without associating anything with Me, I meet him with forgiveness like that.’ (Muslim)
It is Allah’s infinite compassion and mercy to His obedient servants that is expressed in the above two hadiths.
`Umar ibn Al-Khattab said: Some captives were brought to the Messenger of Allah and there was a woman among them whose breasts were full of milk. Suddenly, this woman saw an infant in the midst of the captives. She took hold of it, brought it into her bosom, and started nursing it. The Prophet then told the Companions, “Do you think that this woman would throw her child in the fire?” We said, “No, By Allah she would not, if she is able not to.” He then said, “Allah the Exalted is more merciful with His slave than this woman with her child.” (Al-Bukhari)
Here, the Prophet clearly tells us that the mercy of Allah is far greater than the mercy of a mother for her child. This comparison is made by the Prophet to make the idea of Allah’s boundless mercy as clear to ordinary humans as they can comprehend.
This example makes it clear that it is permissible for us to illustrate by way of examples and comparisons what one cannot make others easily understand by way of reasoning, just as the Prophet did in the above case. As it was impossible to describe the immensity of Allah’s mercy, he cited the example of a mother’s mercy for her child.
And what is more, the word for mercy (rahmah) is derived from the root r-h-m, which means a mother’s womb. The complete protection provided to the unborn baby in the womb is symbolic of Allah’s own mercy. Therefore, a comparison between the mother’s mercy and Allah’s mercy is quite in order.
To say that Allah’s love for us is “70 times (meaning a great number of times) greater than a mother’s” is the kind of common expression used to give an idea of the inexplicably huge difference between Allah’s love and a mother’s love. First, there is no element of shirk in it, as the speaker highlights the immense difference between the Creator and the creature. Second, it is the Prophet who used this comparison and obviously there cannot be any element of shirk in it.