Once in a Lifetime… 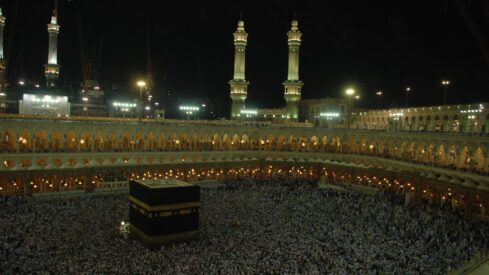 The Islamic Concept of Worship

Worship, according to Islam, is a means for purifying both man’s soul and practical life. The basis of worship is the fact that human beings are creatures and thus bondservants of God, their Creator and their Lord, to Whom they are destined to return.

Thus, man’s turning towards God, in intimate communion and reverence – in the spirit of devotion and humble submission – is termed worship.

Actually, worship is an indispensable part of all religions, including the idolatrous ones. It is motivated, however, in each religion by different objectives. It assumes different forms and is performed under a different set of rules.

Instead, in Islam, the concept of worship is related primarily to its fundamental view. It is that the true foundations of a good [enjoyable] life are soundness of belief and thinking, purity of soul and righteousness of action.

The real purpose of Islam in declaring that worship embraces the totality of the life of Man, is to make the religious faith play a practical and effective role in shaping the human life. It should also develop in man an attitude of dignified patience and fortitude in the face of hardships and difficulties.

It should create in him/her the urge to strive for the prevalence of good and removal of evil. Accordingly, there are principal means in Islam that strengthen the person’s connection with God, one of which is Hajj.

Once during his/her lifetime, every Muslim who is physically and financially in a position to do so, is expected to journey to Makkah. This is where God’s final revelation to mankind was first disclosed.

You are not obliged to go if you are not of sound mind, if you do not possess the necessary financial resources, or are under a certain age. Also, if you are a women who has no male relative to go with – as a chaperone and protector.

A basic purpose of pilgrimage is to heighten the pilgrim’s devotion to God and his revealed will, but the practice has other benefits as well. It is, for example, a reminder of human equality.

Before reaching Makkah, pilgrims remove their normal attire, which carries the marks of social status, and put on two simple sheet-like garments. Thus everyone, on approaching Islam’s earthly focus, wear the same thing. Distinction of rank and hierarchy is removed, and prince and pauper stand before God in their equal humanity.

Pilgrimage also provides a useful service for enhancing international relations. It brings together people from many countries, demonstrating thereby that they share a loyalty that transcends their loyalty to their own nationalities and ethnic origins. Pilgrims pick up information about other lands and people, and return home with a better understanding of one another.

The purposes for which God has enjoined Hajj are many, among which are the following:

It is the largest annual convention of faith, where Muslims meet to know one another, study their common affairs and promote their general welfare.
It is also the greatest regular peace conference known in the history of mankind. In the course of Hajj, peace is the dominant theme. It is peace with God, with one’s soul and with one another. It is even peace with animals, birds and insects. To disturb the peace of anyone or any creature, in any way or form, is strictly prohibited.
It is a wholesome demonstration of the universality of Islam, where brotherhood and equality of Muslims are fulfilled. From every corner of the globe, Muslims begin the journey, from all paths of life, trades and classes, to assemble at Makkah in response to the divine call.

They dress in the same simple way, observe the same regulations and utter the same supplications at the same time, in the same way, for the very same end. There is no royalty, but loyalty – of all – to God. There is no aristocracy, but humility and devotion.
Hajj confirms the commitment of Muslims towards God and their readiness to abandon their material interests, for the sake of His service.
It is also to commemorate the divine rituals, observed by Abraham and Ishmael (peace be upon them), whom are known to have built the Ka`bah for the practicing of monotheism and worshiping of God – the One and Only – on earth.
It is a reminder of the grand assembly on the Day of Judgment, when people will stand equal before God, waiting for their final destiny, when no superiority of race or wealth can be claimed.

A major purpose of Hajj, is to achieve self-discipline and maintain strong morals. Every single step and rite during the journey should direct the pilgrim towards such goals. The following examples can clarify how such simple steps can assist in the process of elevating the soul and purifying it.

Purity of Intention and Means

The pilgrim should meet his expenses by lawful means, for God would never accept otherwise. He/she should have his/her hands free of any worrisome and distracting business concerns.

His/her attention should be devoted exclusively to God, while his/her heart is directed in tranquility to the remembrance of God. In fact, devoting ones heart, can never be a hundred percent pure except if it is no longer occupied by material concerns, especially money.

This would definitely be more applicable when the person gets rid of any unlawful money, no matter how he/she needs it, for the sake of God. This is where sincere devotion shows.

The pilgrim should renounce indecency, immorality and wrangling, as spoken of in the Qur’an. Indecency is a general term, covering all nonsense and foul behavior.

In fact, wrangling, excessive quarreling and argument, causing ill will, distract from the noble purpose of Hajj are incompatible with good Muslim character. One should, therefore, refrain from complaining about each other and even about animals as well.

One should take things gently; sheltering others and taking care of them along the way to the holy sanctuary. Good conduct is essential in Hajj. It goes – sometimes – as far as putting up with painful things, rather than trying to repel them.

One indication that a pilgrimage has been accepted, it is said, is when a pilgrim abandons his/her sinful ways, exchanges his/her idle companions for righteous company and friends, then forsakes frivolity and heedlessness in favor of seriousness and vigilance.

In fact, his/her heart might be the person’s true indicator. If it is no longer attached, unduly to worldly matters and has enjoyed the agonies of the journey without longing for material pleasures, then the pilgrim might have achieved his/her goal. He/she – then – has attained a heart longing for God and renouncing fake materialism of this world.

Worth mentioning also is that Hajj is, in many ways, the central event of the year, perhaps of a whole lifetime. It is the act in which the unity of Muslims is most fully expressed.

This is in the sense that it is an example of all kinds of travel. It is also a market for exchanging news and ideas, brought from all over the Muslim world. Last, but not least, it symbolizes the unity of so many hearts seeking the pleasure of God.