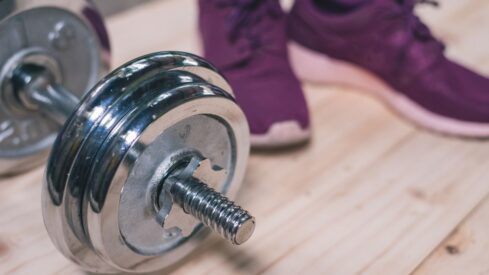 Features of sports in Islam are many. In fact, many Islamic obligations include physical activities in addition to spiritual activities and ways of straightening behavior. Prayer, for example, is a spiritual purification as well as motions for the body. Hajj also involves physical effort in its various rituals. So do visiting fellow Muslims and the sick, and walking to mosques. All kinds of social activities in Islam can be considered to be a physical exercise of the body and a way to strengthen it, as long as these activities are done moderately.

Among the sports that early Muslims played are the following:

1. Running. It was a form of training for traveling, jihad, seeking provision, etc.

Running is also implicitly included in the command to hasten to do good, which is both a spiritual and physical hastening. It was reported by Ahmad ibn Hanbal that the Prophet (peace and blessings be upon him) raced `A’ishah and she outran him. Then they had another race where he outran her, whereupon he said, “This time makes up for the other.” Some versions of the same hadith mention that his outrunning in the second time was due to the fact that `A’ishah (may Allah be pleased with her) had gained weight.

Also, one of the famous Arabs known for running was Hudhayfah ibn Badr, who once attacked An-Nu`man ibn Al-Mundhir ibn Ma’ As-Sama’, and crossed in one night what people could cross in eight nights.

2. Horsemanship and horse racing. Arabs are famous for horsemanship. Once children reached 8 years, they used to learn how to ride horses. Allah Almighty referred to horse riding in the time of war in the Qur’an: {By the (steeds) that run, with panting (breath); Striking sparks of fire (by their hooves); And scouring to the raid at dawn; And raise the dust in clouds the while; Penetrating forthwith as one into the midst (of the foe)} (Al-`Adiyat 100: 1-5).

Horses are also important in days of peace. Allah Almighty says {And (He has created) horses, mules and donkeys, for you to ride and as an adornment} (An-Nahl 16: 8). Allah Almighty also recommended the Prophet to care for horses in this Qur’anic verse: {And make ready against them all you can of power, including steeds of war} (Al-Anfal 8: 60).

The Prophet (peace and blessings be upon him) was also reported to have held races for horses that had been especially prepared for the purpose, from Al-Hafya’ to Thaniyyat Al-Wada` (about 6 or 7 miles from Madinah), and for those that had not been trained, from Thaniyyat Al-Wada` to the mosque of Banu Zurayq (about 1 mile).

In Sahih Muslim it is reported that Allah’s Messenger said, “Ride horses, for they are the legacy of your father Isma`il (Ishmael).”

Also, in Sahih Al-Bukhari, the Prophet himself is reported to have participated in a race while riding on his unbeatable she-camel, Al-`Adba’. Once a Bedouin rode a young camel that beat Al-`Adba’ in a race. The defeat was hard for the Muslims, so the Prophet (peace and blessings be upon him) said, “It is Allah’s law that He brings down whatever rises high in this world.”

Al-Jahiz also reported in his book Al-Bayan wa At-Tabyeen that `Umar ibn Al-Khattab wrote to his governors saying, “Teach your children swimming and horsemanship.” In another narration, `Umar was reported to have added ” Tell them to jump on the horses’ backs, and narrate the stories of famous proverbs and good poetry to them.”

3. Archery. A number of hadiths show that this sport was popular among early Muslims:

`Uqbah ibn `Amir said, “I heard the Messenger of Allah (peace and blessings be upon him) saying while he was on the pulpit, ‘In the verse, [And make ready against them all you can of power, including steeds of war], the word power means archery; the word force means archery.'”

Salamah ibn Al-Akwa` narrated that the Prophet (peace and blessings be upon him) passed by some people of the tribe of Banu Aslam who were practicing archery. The Prophet said, “O children of Ishmael! Practice archery as your father Ishmael was a great archer. Keep on shooting arrows and I am with (the team of) Banu so-and-so.” So one of the parties ceased shooting, whereupon the Prophet said, “Why do you not shoot?” They replied, “How should we shoot while you are with them (i.e., on their side)?” On that the Prophet said, “Shoot and I am with all of you” (Al-Bukhari and Muslim).

`Uqbah also said, “I heard Allah’s Messenger (peace and blessings be upon him) saying, ‘Allah will cause three persons to enter Paradise for one arrow: the maker when he has a good intention in making it, the one who shoots it, and the one who hands it. So shoot and ride, but your shooting is dearer to me than your riding. If anyone abandons archery after becoming an adept because of his distaste for it, it is a blessing he has abandoned; (or he said: for which he has been ungrateful)'” (Abu Dawud, An-Nasa’i, and Al-Hakim).

4. Fencing. Arabs knew a sport by the name niqaf, which is in fact the origin of fencing as known today. One of its forms was a special dance that the Prophet (peace and blessings be upon him) witnessed being done by Abyssinians inside a mosque. This niqaf refers to some movements being performed with arrows. In a narration reported by Abu Salamah, those Abyssinians were playing with their spears.

5. Wrestling. The Prophet wrestled with a number of men, one of whom was Rukanah ibn `Abd Yazid ibn Hashim ibn `Abdul-Muttalib, who lived in Makkah and was a skillful wrestler. People used to come to him from distant territories and challenge him in wrestling. Ibn Ishaq narrated the story of Rukanah: Once the Prophet (peace and blessings be upon him) met him in one of the mountain paths of Makkah, whereupon he said to him, “O Rukanah! Will not you fear Allah and accept what I am calling you to?” Rukanah replied, “O Muhammad! Do you have a witness to verify your truthfulness?” So the Prophet said, “If I beat you in wrestling, will you believe in Allah and His Messenger?” The man replied, “Yes.”

The Prophet wrestled him and defeated him. Rukanah was astonished with that, and he asked the Prophet to acquit him of their agreement, which is belief, and to have a rematch. So they had a second and a third rematch where the Prophet also defeated him. Rukanah was astonished and said, “This is very strange indeed!” Then he immediately embraced Islam. Other narrations state that he embraced Islam after the conquest (fath)of Makkah” (Al-Hakim, Abu Dawud, and At-Tirmidhi).

The Prophet also wrestled with Abu Al-Aswad Al-Jumahi, who was so strong that he would stand on a cow hide, and ten men would pull the hide to take it from under his feet, but in the end, the hide would be torn and he had not moved an inch.

6. Weight lifting. It was known to Arabs as rab`, which men used to practice by lifting a stone with their hands to show how strong they were. It is also reported that the first person to invent this game was Jabir ibn `Abdullah Al-Ansari, who was known for his physical strength. Among those who were famous for being strong was `Ali ibn Abi Talib, who, in the Battle of Khaybar, lost his shield so he used a door of the fort as a shield. Amazingly, that door was too heavy to be carried by seven persons (see Ar-Rawd Al-Anif, vol. 2, p. 239).

7. High jumping. It was known to Arabs as al-qafizi. In this sport, the players used to place a piece of wood to jump on, and the game had special rules (see `Uyun Al-Akhbar, by Ibn Qutaybah, vol. 1, p. 133).

8. Stone tossing. Its rules are mentioned in Arabic literary books. Al-Harithah ibn Nafi` reported, “I used to play with Al-Hasan and Al-Husayn (the Prophet’s grandsons) with madahi (round stones). The game used to go as follows: A hole is dug; the competitors throw their stones aiming to drop them in the hole, and the winner is the one whose stone falls in the hole. Sa`id ibn Al-Musayyab was asked about this game, and he deemed it permissible.”

9- Swimming. `Ata’ ibn Abi Rabah narrated that he saw Jabir ibn `Abdullah and Jabir ibn `Umayr Al-Ansari while they were practicing shooting, but one of them felt bored, so the other said to him, “Do you feel bored? I heard Allah’s Messenger (peace and blessings be upon him) saying, “All things in which there is no remembrance of Allah are frivolity and idle play except for four things, and he mentioned teaching another to swim” (At-Tabarani). Ibn `Abbas (may Allah be pleased with him) said, “Once, `Umar ibn Al-Khattab say to me, ‘Let’s compete in water and see who can hold his breath under water longer than the other.'”