The Humanity of the Prophets 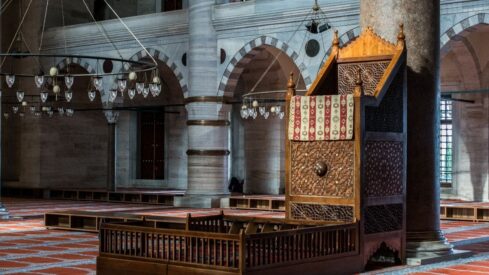 Is it a matter of wonderment to men that We have sent Our inspiration to a man from among themselves? — that he should warn mankind (of their danger), and give the good news to the Believers that they have before their Lord the lofty rank of truth. (But) the Unbelievers say: “This is indeed an evident sorcerer!” (Quran 10:2) [Translation of the meaning]

Allah Almighty chose honorable humans to be His Prophets, a choice that the disbelievers would oppose till the Day of Judgment. Every Prophet was a human and was attacked by his people for being a human.

Allah’s words may be translated as follows:

The chiefs of the disbelievers among his people said: “We see you [are] but a human like ourselves, nor do we see [that] any follow you but the meanest among us and they (too) followed you without thinking. And we do not see in you any merit above us.” (Quran 11:27)

This verse was revealed regarding the people of Noah, the first messenger sent after Adam (peace and blessings be upon both of them).

The same attitude was repeated in nation after nation. The Quran narrates the stories of the peoples of Aad and Thamud and those after them. They rejected the prophets’ message under the pretext that the prophets were “no more than human beings like us” (Quran 14:10).

When Allah sent Shuaib (peace and blessings be upon him) to his people to tell them that they should give full measure and weigh with the true and straight balance, they answered, “You are but a human being like us and verily, we think that you are one of the liars!” (Quran 26:186).

Also Pharaoh and his people accused Moses and his brother Aaron (peace and blessings be upon both of them) of lying, with words that may be translated thus: “Shall we believe in two men like ourselves, and their people are servile unto us?” (Quran 23:47).

Similarly, the humanity of Muhammad (peace and blessings be upon him) was taken as a basis for raising doubts about his message: “The wrong-doers conceal their private counsels, (saying), ‘Is this (one) more than a man like yourselves? Will yougo to witchcraft with your eyes open?'” (Quran 21:3).

Why did Allah Almighty chose His messengers from humans? Why did He not send angels to guide people and to show them the straight path?

A messenger is assigned to convey the law of Allah and to inform people about the divine message, so he must be one of them, speaking their language and knowing their habits, to be able to convey the message. People must have known him before his mission; his honesty, truthfulness, and noble manners should be unquestionable.

Not only would the prophet convey the divine law but he would also teach people how to apply it. The law is theoretical and must be practically applied; people need to see their messenger offering prayers, performing Hajj and applying the divine law he brought to them. Therefore the humanity of the prophet is imperative.

Moreover, if Allah had sent down angels as prophets, people would have not recognized them, being that angels do not live on the earth. Even if we assume that He had made the angel prophets known to people, they would say, “Such angelic prophets could not be examples to us because they are created from light and we are created from clay. They are infallible by nature and they carry out the commands they receive from Allah. Unlike them, we humans are liable to err.”

Angels, therefore, could not be prophets to humans because angelic powers and nature differ from those of humans. Allah willed that His prophets be as human as the peoples to whom they were sent, so that none would dare argue on the Day of Judgment, “O Lord, You have burdened us beyond our power and enjoined on us what we could not do.” The answer would simply be that your prophet was a human like you, yet he was able to faithfully apply the divine law without feeling burdened beyond the capacity of humans.