The Last Ten Days of Ramadan 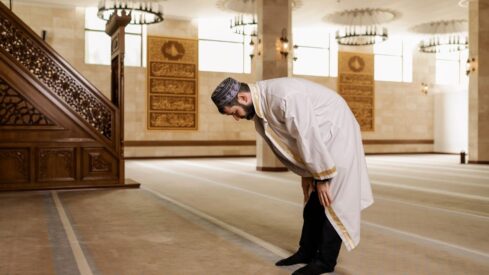 The Prophet Muhammad (peace and blessings be upon him) said, “If any Muslim comes out of Ramadan without gaining forgiveness and goodness, he is a real loser.” (reported by Ibn Hibban and At-Tabarani)

The last ten days of Ramadan are very special days in the life of every Muslim. According to Muslims, they are the most blessed days in the blessed month of Ramadan, the month the Qur’an was revealed. Muslims believe that although the Prophet Muhammad was promised Paradise, he used to exert himself even more in worship during these last ten days, hoping to draw closer to Allah. The Prophet’s wife `A’ishah (may Allah be pleased with her) said, “With the start of the last ten days of Ramadan, the Prophet used to tighten his waist belt (i.e., work hard) and used to pray all the night, and used to keep his family awake for the prayers.” (reported by Al-Bukhari)

For Muslims, the last ten days should be a time to perfect one’s fast and avoid anything that may break it. It is a time to give more charity and to settle disputes and forgive one another. It is also a time for soul searching, evaluating one’s life, supplicating, and asking forgiveness. This should be done sincerely because if Allah accepts the supplications, the reward is the remission of one’s sins.

During the last third of Ramadan, one should read more Qur’an and remember Allah more often, even constantly.

The last ten days are also known for i`tikaf (spiritual retreat). The Prophet (peace and blessings be upon him) used to perform i`tikaf in the mosque during the last ten days of Ramadan, barely sleeping during that time. I`tikaf requires a total devotion to Allah; it is a sort of vacation with Him. The time is spent worshiping, performing extra salah (ritual Prayers), reading the Qur’an, making dhikr (remembrance of Allah) and du`aa’ (supplication). One should leave behind the cares of this world, and even eat and sleep in the mosque. Those who cannot perform i`tikaf for ten days should try to do it for a shorter time, if only for one night or a day or two.

Laylat Al-Qadr also occurs during the last ten days of Ramadan. The Prophet (peace and blessings be upon him) said, “Any Muslim who stands in Prayer during Laylat Al-Qadr out of faith and sincerity, his previous sins will be forgiven.”