What to Do in the Last Ten Days of Ramadan? 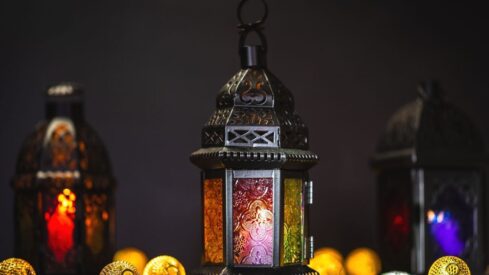 We can provide some useful advice on how one could spend the last ten days of Ramadan, especially as these days are very special in the life of every Muslim. In fact, every day is special for Muslim, as long as he is always mindful of Allah in all what he does; every day Muslim gets increased in piety and draws closer to Almighty Allah. But these days of Ramadan are highly special in the sense of their falling in one of the most blessed months of the year; the month of Ramadan, the month of the Qur’anic revelation. May Allah Almighty help us get closer to Him in this month and may strengthen our faith in Him in a way that Satan will not be able to drive us away from His Path, Amen.

Laylatul Qadr (the Night of Power) is described in the Qur’an as, {better than a thousand months}. (Al-Qadr: 3) Any action done on this night such as reciting the Qur’an, remembering Allah, etc. is better than acting for one thousand months which do not contain the night of Qadr.

Allah’s Messenger, peace and blessings be upon him, used to exert himself in devotion during the last ten nights to a greater extent than at any other time.

The Prophet, peace and blessings be upon him, said: “Whoever prays during the night of Qadr with faith and hoping for its reward will have all of his previous sins forgiven.” (Narrated by Bukhari and Muslim on the authority of Abu Hurairah).

Here are some tips of things we can do on the Night of Power and the time before and after it:

We take a break from our jobs for almost everything in life. Why not this time to focus on worshipping and thanking our Creator.

If this is not possible at least take a few days off if you can. This can make it easier to stay awake at night to do extra acts of worship, not having to worry about getting to work the following day. This will also make I`tikaf easy.

It was a practice of the Prophet, peace and blessings be upon him, to spend the last ten days and nights of Ramadan in the mosque for I`tikaf.

In Itikaf one makes a spiritual retreat in the mosque all the time, performing various forms of Zikr (the remembrance of Allah), like doing extra Salat, recitation and study of the Qur’an. One does not go outside the mosque except in case of emergencies. Itikaf of a shorter period of time, like one night, a day or a couple of days is encouraged as well.

Aisha, may Allah be pleased with her, said: I asked the Messenger of Allah: ‘O Messenger of Allah, if I know what night is the night of Qadr, what should I say during it?’ He said: ‘Say: O Allah, You are Oft-Pardoning and You love to pardon, so pardon me.'”(Narrated by Ahmad, Ibn Majah, and Tirmidhi).

Perhaps one can choose Surahs or passages from the Quran which one has heard in Taraweeh this past Ramadan to recite.

On attending a class for Qur’anic recitation, this is a great time to put one’s knowledge into practice.

Abu Hurairah quoted Allah’s Messenger as saying: “Whoever stands (in prayer) in Laylatul Qadr while nourishing his faith with self-evaluation, expecting reward from Allah, will have all of his previous sins forgiven.” [Narrated by Bukhari and Muslim).

Ask yourself those questions that need to be asked. Do an evaluation of where you are and where you are going. Let this evaluation lead you to feel happiness for the good you have done and remorse for the bad you have done. This latter feeling should make it easier to seek Allah’s sincere forgiveness when invoking Allah and supplicating to Him in these blessed nights.

One of the best times to do this is during the last part of the night.

Abu Hurairah, may Allah be pleased with him, quoted the Prophet as saying: “When the last one-third of the night remains, our Lord, the Glorious One descends towards the lower heaven and proclaims: Is there anyone supplicating to Me, so that I grant his supplication? Is there anyone begging of Me for anything so that and I grant him his wish? Is there anyone who seeks My forgiveness, so that I forgive him?” (Narrated by Bukhari, Muslim).

This means for instance, waking up one hour before Suhoor (pre-dawn meal) time to invoke Allah for anything and everything is something recommendable. This can be done using the Dua’s (supplications) recorded in the Sunnah, but one is also allowed to say Dua’ in one’s own language, with sincerity and conviction.

If you’ve spent Iftar time on weekdays in your cubicle at work alone with a couple of dates, now is the last few days you’ll have this Ramadan to spend with your family. Use it wisely.

Have your spouse and kids missed Taraweeh most of Ramadan because you weren’t there to drive them to the mosque, which is too far away to walk to? If so, do all of yourselves a favor and bring everyone for Taraweeh in these last ten nights.

Read about the Prophet’s life, which can increase your love for him and Islam by seeing how much he struggled for Allah’s sake. It may inspire you to push yourself even harder during these last ten nights. This community is built on sacrifice.

All these are just some hints on what is recommended for a Muslim to do in during the last ten nights of Ramadan. May Allah Almighty accept our worship and devotions, Amen.