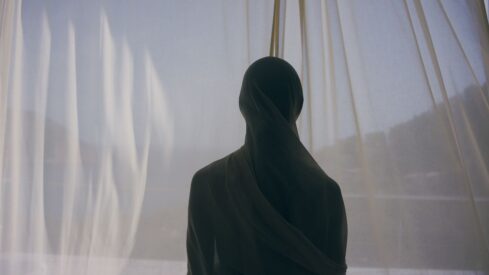 Recently, we have witnessed instances of the horrific treatment of women around the world. In the time of Prophet Muhammad, similar cruel practices were enacted by his society and he opposed all such forms of oppressing women. Indeed, at the sight of a tragedy of any human being, Prophet Muhammad’s heart would be saddened and his eyes would flow with tears.

One of the spectacular examples of this is in the following story that concerns the practice of shunning daughters.

Prophet Muhammad (peace be upon him) was born in a society where women had been subjected to much violence, which often took the form of female infanticide. Daughters were considered a burden; and getting rid of them was sometimes considered a necessity, which they did in a most violent manner: by burying them alive!

It is reported that Umar, the second caliph, prior to his accepting Islam buried one of his daughters alive. Later whilst was in the fold of Islam, he was often seen wiping tears while reminiscing about this dark chapter in his life! As he recalled: “I was digging a grave to bury her and she was wiping the dust off my cheeks!”

Prophet Muhammad was very kind and polite toward women. At a time when they were treated very badly, the Prophet gave women honor and dignity equal to men.

Umar reported: “We did not have much regard for women in Makkah; however, they were better treated in Madinah. The Prophet established women’s right through his sayings and commands, which strengthened their position and status”. (Mishkat ul Masabih)

Since men were always around the Prophet, women were prevented from listening to him or asking about matters of concern to them. Therefore, they requested him to appoint one day a week when they could have free access to him, a proposal to which he agreed. He took special care of them and always treated them with kindness so that they would feel free to ask him about anything.

Once when the Prophet was traveling, an Abyssinian slave named Anjsha was leading the camels that some of the Prophet’s wives were riding. While Anjsha was singing, the camels began to move quickly. The Prophet said to him:

“Anjasha! take care that the glass (the women) does not break.” (Al Bukhari & Muslim)

Asmaa daughter of ‘Umais, one of those who had immigrated to Abyssinia in the early period of Islam, returned with the others to Madinah during the Khaybar campaign. One day she came to see Hafsah when Umar was present. Seeing her, Umar inquired about her and Hafsah told him the details. Umar said:

Umar said that they (his group) had emigrated before them and therefore had more right to God’s Messenger. Asmaa’ became angry and exclaimed:

“Not so! You people lived with God’s Messenger, who fed the hungry, while we were away from home, living among strangers (the Abyssinians) who often mistreated us. We were in constant fear of our lives”.

During this conversation, the Prophet entered the house. Asmaa’ told him:

“What did you reply?”

She told the whole story, after which the Prophet said: “Umar has no more right over me than you have. Umar and his Companions emigrated only once, whereas you people emigrated twice”.

When the news of this incident spread in Madinah, the Abyssinian emigrants came running to Asmaa’ and listened to the Prophet’s words again and again. According to her account, nothing in the world was more pleasing to them than the Prophet’s words. (Al-Bukhari and Muslim)

Once, many of the Prophet’s female relatives were sitting around him and talking loudly to him. When Umar entered the house, they all left the room and the Prophet laughed. Umar said:

“O God’s Messenger may God keep you smiling. Why did you laugh?” The Prophet replied that he was amazed that these women, upon hearing Umar’s voice, had all hidden themselves. Umar, addressing them said:

One day, the Prophet was sleeping in Aisha’s house with his face covered. It was the day of Eid, and so the young girls were singing. Abu Bakr entered the house and told them to stop. The Prophet said:

“Let them sing. It is the day of Eid for them.” (Al-Bukhari)

As result of the Prophet’s good temperament and kindness, women used to ask him questions. Although the companions were often surprised at their boldness, he never showed any dislike or intolerance for their questions. In fact, Abu Sa’id, Aisha, Anas, Ibn Abbas, Jabir, and many other companions related that Prophet Muhammad said:

“Whoever has two or three daughters or sisters and treats them well will go to Paradise.” (Abu Dawud)

These stories are reflective of the Prophet’s mercy and kindness towards women. But he went even farther. He tried to liberate women from all kinds of injustice, maltreatment and oppression. He can genuinely be viewed as a liberator of women. He gave women such rights and privileges that even Western women did not enjoy until centuries later, like the right to own and use property independently of her husband and family. She also had a voice in the public sphere and politics, as the example of Prophet’s giving audience to women shows.

Indeed, Muslims after the Prophet followed his example. We see Umar’s example when he was castigated by a woman for having two pieces of clothes from the distribution state money whereas everyone else received only one. Umar responded that his son gave him his share. Importantly, the woman was given her full right to question Umar’s political and public authority.