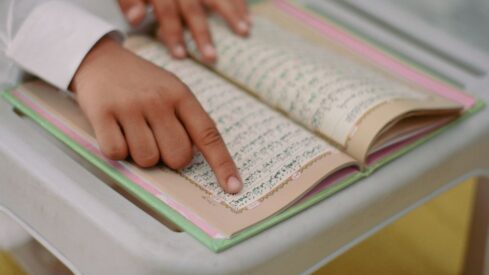 Every great religion in the world has its religious scripture (book). Islam is no exception to the rule, but Islam is different, in a way, from other religions in the sense that its Book has characteristics that Muslims believe are unique to it.

Among these special features of the Book of Islam, the Noble Qur’an, are:

1. Every single word of it was divinely revealed to the Messenger of God; hence it can be rightly called “the Words of God” in the literal sense of the expression.

This accounts for the fact that the verses that begin with the expression “Qul (‘Say’)” are preserved and recited as they are with that expression.

2. The Qur’an is the only scripture which has been preserved intact through both written and oral means. For:

A) It has been memorized by heart in totality by thousands of people from the days of Prophet Muhammad (peace and blessings of Allah be upon him) until today. Many of those people do not even speak the Arabic language of the Qur’an (this alone being miraculous enough if we realize that the Qur’an has more than six thousand verses).

B) It was written in totality during the lifetime of Prophet Muhammad (peace and blessings of Allah be upon him), under his direction and supervision, something never done with any other religious scripture. The Qur’an is the only scripture which has served as the constitution for many a government and state throughout Islamic history. These are but a few features that give the Scripture of Islam its unique distinction.

The story of the role of Zaid begins thus: An-Nawwar, Zayd’s widowed mother, asked some of her male relatives to mention to Prophet Muhammad (peace and blessings of Allah be upon him), her son’s desire to be closely associated with the Prophet through constant companionship.

The men went to the Prophet and said, “O Prophet of Allah, this child of ours knows by heart 17 chapters from the Book, and recites them accurately as they were revealed to you. Besides, he is well versed in the matters of reading and writing. He wishes to be close to you. Listen to him, if you will.”

The Prophet Muhammad listened to Zayd’s recitation, which he found very clear and accurate, revealing that teenager’s special linguistic talents. So he ordered him to learn Hebrew in order to facilitate the Prophet’s communication with the Jews.

This enabled the intelligent Zayd to observe the circumstances of the revelations very closely, to become, later, the most important reference in Qur’anic matters after the death of Prophet Muhammad (peace and blessings of Allah be upon him).

His deep knowledge of the Qur’an made even the great companions of the Prophet resort to him and show special respect to him, despite the fact that he was much younger than most of them (being only 22 at the death of Prophet Muhammad).

History tells us that `Abdullah ibn `Abbas (may Allah be pleased with him, who is very well known for his knowledge of matters of the faith, once saw Zayd ibn Thabit about to mount his ride. He went up to help him. Zayd said (out of respect to ibn `Abbas), “Do not bother, O cousin of the Messenger of Allah.” Ibn `Abbas said, “Thus have we been instructed to treat our scholars.”

It is no wonder then that during and after the Battle of Yamamah in the days of the first Caliph, Abu Bakr, Zayd was the man chosen for the task of compiling the Qur’an in a book form, aided by `Umar ibn Al-Khattab. The story runs as follows:

During the Battle of Yamamah when a large number of the companions of the Prophet (peace and blessings of Allah be upon him) who knew the Qur’an by heart were killed, `Umar ibn Al-Khattab expressed his great worry that some verses of the Qur’an known to some companions might be forgotten due to the death of those companions. So he suggested to Abu Bakr to have the Qur’an collected and compiled.

Abu Bakr was hesitant in the beginning, because as he said, “This is something not done by the Prophet.” However, he was later convinced of the necessity of the matter, because in the lifetime of the Prophet there was no need for such an action, since the source and conveyor of the revelation was living amongst them.

The Caliph found that Zayd ibn Thabit was the man for the job. Thus he addressed Zayd (may Allah be pleased with him): “You are a young man who is wise and trustworthy. And you used to write the revelation for the Prophet, collect the Qur’an and compile it.”

Zayd reports, “I swear to God that had they asked me to move a mountain, it would have been easier than that task assigned to me.”

Upon the compilation of the whole Book, it was kept with the Caliph Abu Bakr, then his successor `Umar, who entrusted it upon his death to his daughter Hafsah, a wife of Prophet Muhammad (peace and blessings of Allah be upon him), who was also known for her knowledge of the Qur’an besides being one of the few literate people in the community. In a little while we will look at a few details of the great event of compiling the Book of Islam. But before we start, let me remind our readers that the Qur’an was memorized by many Companions of the Prophet of Islam during his life time.

It was also written at his orders by his scribes, of whom Zayd ibn Thabit is best known. However, many of those companions were exposed to death, because of the wars between the armies of Islam and those of the apostates (known in Islamic history as “the Wars of Apostasy“).

This was the main reason why `Umar ibn Al-Khattab suggested the compilation of the Qur’an. The task assigned to Zayd ibn Thabit was to collect the portions scattered with different people, verify the texts and put them in the order assigned to the verses and chapters by the Prophet Muhammad himself before his death. Though Zayd (the head of the committee) himself knew the whole Qur’an by heart, along with many others, he followed a very meticulous procedure in its compilation. Following is a brief description:

1. Everyone who knew a portion of the Qur’an came and reported it to be written by the committee. However, the report was not accepted unless it was heard by the reporting companion directly from the mouth of the Prophet himself, and the text was checked with the Prophet in his last year of life

2. The verses and chapters of the text were written in the order assigned to them by the Prophet.

3. In order to ensure authenticity, no text was accepted unless the person who reported it to the committee brought two witnesses who saw him hear the verses directly from the blessed Prophet’s mouth.

Through the above meticulous procedure the committee, which was headed by Zayd ibn Thabit aided by `Umar ibn Al-¬Khattab, collected the whole text of the Qur’an, which was then preserved and kept by the Caliph Abu Bakr.

Then, upon his death, by the second Caliph `Umar ibn Al-Khattab who entrusted it, upon his death, to his daughter Hafsah, as we mentioned earlier. It was the Caliph `Uthman ibn `Affan who had the honor of supervising the distribution of the “standard” version of the Qur’an during his reign. Again, the task was assigned to our hero Zayd ibn Thabit, aided by a number of reputable companions of the Prophet. We learn from history that the Prophet allowed his followers to recite the Holy Qur’an according to their own dialects. But when the Islamic state expanded, the companions sprea d all over the newly conquered areas. Each taught the Qur’an the way he pronounced it.

This caused some confusion, especially to many new converts who could not understand such differences in pronunciation, however slight they were. People almost started fighting over the corrections of each other’s way of reciting certain verses.

To avert the chaos and confusion, the great Caliph `Uthman ibn `Affan consulted the companions, and made the historical decision of a “standard version” to be followed by everybody. He sent for the text compiled earlier and kept with Hafsah, the widow of the Prophet and daughter of the second Caliph, and he ordered a committee, that included our hero Zayd ibn Thabit, to make copies of that text and have them sent to the major centers of the State.

Then the Caliph `Uthman ordered that all other copies be destroyed; thus ensuring the unification of the manner of reciting the Qur’an, to protect the text from being tampered with, and to protect the Muslim community from fighting over different ways of reciting it.

To this day, whenever we open a copy of the Qur’an, we may find the expression “according to the `Uthmani script” in reference to those standard copies made at the order of the Caliph `Uthman ibn `Affan and executed by Zayd ibn Thabit, with the aid of a few illustrious companions of the Prophet Muhammad (peace and blessings of Allah be upon him).