Giving and Forgiving on Eid 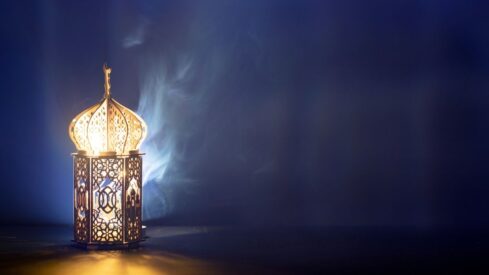 With dry throats, parched lips, swoons of drowsiness, short tempers, and long hot afternoons, Ramadan days went by for most of us. Akin to a long arduous journey imparting to us as Muslims a yearly training in patience and resilience, we never thought we would make it to the peak.

Reaching the Peak of Fasting

What does the Eid mean?

Nevertheless, that peak is now here and is called Eid! Linguistically,eid means “that which keeps returning.” It is a time to proclaim Allah’s greatness with takbir (saying, “Allah is the Greatest”), rejoice, eat, drink, meet other Muslims, and rekindle stagnant ties of love and kinship.
Eid begins as soon as the crescent of Shawwal is sighted, or when the sun on the 30th day of Ramadan sets, whichever comes first. Allah has ordained Muslims to start theirEid rituals at the first night of Shawwal, with the symbolic gesture of distributing food among the poor, the needy, and other Muslims eligible for the obligatory poor-due: Zakah. This food charity, known as zakat Al-fitr, is obligatory upon every Muslim, young or old.

Why would Allah ordain Muslims to begin their festivities at the culmination of a month-long routine of enduring daytime abstinence and devoted nights of worship by giving charity in the form of food? This is prescribed to encourage community bonding, sharing, and goodwill.

It ensures that no Muslim spends the night hungry and that every Muslim has enough to celebrate Eid with ease, particularly by partaking in the festivities the next morning by having a hearty breakfast before Eid Prayer.

Ramadan is a month in which Allah showers all believers with His mercy, giving every Muslim a chance to repent from his or her sins, relinquish bad habits and frivolous lifestyle, and return to Allah in humble submission.

Allah locks up the devils among the jinn, closes the doors of Hell, grants Muslims a night of power that is better than a thousand months, and multiplies the reward of good deeds, which are considered, indeed, tremendous incentives to rush back to Allah with zeal during Ramadan.

Wretched is the Muslim who does not succeed in having his sins forgiven during this blessed month!

As the end of Ramadan draws nearer, the fervor of worship increases, the fasting Muslims gather more momentum for Night Prayers, repentance, and earnest supplications to Allah, and some of them isolate themselves for i`tikaf (spiritual retreat in the mosque).

Meanwhile, their hearts experience mixed feelings. They feel sorrowful at having to imminently bid farewell to this month of worship for another year, and joyful at the prospect of shortly enjoying `Eid with their family and relatives.

What you need to do on Eid day?

`Eid day commences with Muslims taking a shower early in the morning, dressing up in nice clothes and perfume, having sweet-flavored dessert or dates for breakfast, loudly proclaiming Allah’s greatness (saying, “Allahu Akbar”), and proceeding as a family for congregational prayer.
Muslims rejoice inwardly because they are hopeful that they emerged from Ramadan as a clean slate; that is, with all their previous sins wiped out after having received forgiveness from Allah. This forgiveness for sins makes Muslims embrace and welcome the holy month of Ramadan in the first place, as it gives them a chance of renewing their faith and strengthening their bond with their Creator.

Eid is a time to meet everyone we know and do not know, visit each other’s homes, give gifts, send greetings, and flash smiles and call up those who are geographically too far away from us to wish them a happy Eid. These gestures should be for everyone, not just for those whom we like or to whom we are close.

It is not appropriate for a Muslim to proceed to another corner of the Prayer rows at `Eid Prayer after having spotted someone at the farther end with whom he or she has a long-standing bone of contention or a grudge.

It is not proper for a Muslim sister to turn her head away to avoid eye contact with a sister from her neighborhood, because of what the latter allegedly said about her behind her back according to gossipmongers.

What to Do Instead?

`Eid is a time for Muslims to forgive others the wrongs they have done to them, intentionally or by mistake, just as they themselves hope that Allah has forgiven their sins in His infinite mercy during Ramadan.

Do you remember that girl who initially seemed sincere, but leaked your secrets to the whole class at school, and to whom you have not spoken since then? Hug her on `Eid!

Do you remember that aunt who mocked your dress in front of everyone at a party, making you the butt of their cruel jokes for the night? Go, meet and greet her on `Eid.

Do you remember that colleague who made you do all the project work but then snidely took credit for it with the boss bypassing you for a promotion? Send him a personalized electronic greeting on `Eid.

`Eid is all about forgiving people, just the way we would like Allah to forgive us. No matter how hard it may seem, it is possible to get rid of grudges and move on, forgetting the bad they did to us, despite still feeling the hurt and pain, and meeting them as if nothing sour ever happened. In the Qur’an, Almighty Allah ordains Muslims to do so saying,

[The good deed and the evil deed are not alike. Repel the evil deed with one which is better; then lo, he, between whom and you there was enmity, (will become) as though he was a bosom friend.] (Fussilat 41:34)

The best Companion of the Prophet (peace and blessings be upon him), Abu Bakr As-Siddiq, (may Allah be pleased with him) was incensed when he discovered that one of his male relatives (Mestah ibn Athathah), whom he would help financially, had partaken in slandering his daughter, `A’ishah, one of the Prophet’s wives (may Allah be pleased with her) during the incident of ifk (fabricated lie).

Indignantly, he vowed to stop all financial help to him because of this. Allah said about this in the Quran,

[And let not those who possess dignity and ease among you swear not to give to the near of kin and to the needy and to fugitives for the cause of Allah. Let them forgive and show indulgence. Yearn you not that Allah may forgive you? Allah is Forgiving, Merciful.] (An-Nur 24:22)

As an incentive to Abu Bakr (may Allah be pleased with him) for forgiving his relative who slandered his daughter `A’ishah in the incident of ifk, Allah asks him whether he himself would not like all his sins to be forgiven. Responding to Allah’s question, Abu Bakr said, “Yes, I want my sins to be forgiven.”

Forgive and Get Forgiven

The same logic also applies to us as believers. If we would like to be forgiven by Allah for the sins we have done, we should also develop the ability and strength to forgive others and move on from past grievances.

Let your relationships flourish after being born anew this Eid. Start by giving food in charity on the last night of Ramadan, watching a hungry man’s face light up with pleasure, then move on to forgive and embrace everyone on Eid day against whom you have harbored rancor in the past.

Try it. Give and forgive!

Sadaf Farooqi is a freelance writer based in Karachi, Pakistan. She has a postgraduate masters degree in computer science and a diploma in Islamic education. She has seven years of experience as a teacher of Islamic education courses for women and girls. She writes for Hiba Magazine, SISTERS Magazine, and Saudi Gazette. She also blogs at MuslimMatters.org.