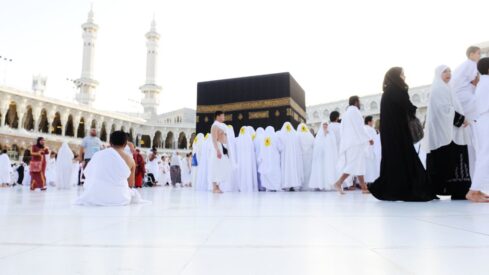 The fifth Pillar of Islam is the pilgrimage to Makkah and its surroundings known as Hajj. All Muslims are obligated to make Hajj once in their lifetimes if they can afford it and are otherwise able to do so.

The Hajj is made from the eighth to the twelfth of the Islamic month of Dhul-Hijjah.
Muslims travel from all over the world to perform Hajj. The rituals are themselves simple, but the amount of walking necessary, the hot climate, and the crowds make the Hajj a rigorous exercise in faith. Still, between 2 and 3 million people perform Hajj every year, and millions more yearn to do so.

To perform the Hajj, pilgrims enter a state of consecration known as ihram. In this state they may not clip their nails, cut or pluck any hair, or have any sort of sexual contact. Male pilgrims wear special clothes consisting of two seamless strips of cloth, one covering the back and shoulders, the other covering from the waist to the knees. Female pilgrims can wear ordinary clothing that covers everything but the face and hands.

The rituals of Hajj date back to the time of Prophet Ibrahim (Abraham) and commemorate his willingness to sacrifice his only son, Ismail (Ishmael). During the days of Hajj, the pilgrims attempt to forget all but their most basic worldly needs and to focus their attention and devotion on Allah Alone. Upon arriving in Makkah, the pilgrims first circumambulate the Kabah seven times in a ritual known as Tawaf. This ritual reminds the pilgrims that Allah (God) should be the focus and center of their lives.

The Symbolism and Related Rites of the Kabah The next ritual is Sai, which is walking back and forth seven times between the hillocks named Safa and Marwah. This commemorates the search for water made by Hajar (Hagar) when Prophet Ibrahim (peace be upon him) left her and her infant son Ismail (peace be upon him) in the desert.

After sunset the pilgrims move on to Muzdalifah, where they spend the night and collect pebbles to be used in the next ritual.
The next morning, Dhul-Hijjah 10, is the Day of Sacrifice. Most pilgrims slaughter a sheep or goat, and the meat is distributed to the poor. (Muslims who are not on Hajj also slaughter that day, which is known as Eid Al-Adha.) The ritual commemorates Ibrahim’s willingness to sacrifice his son Ismail (peace be upon them both) and Allah’s provision of a ram as a substitute sacrifice.

But before slaughtering, the pilgrims go to throw pebbles at the stone pillars known as Al-Jamarat. This ritual commemorates Ibrahim’s stoning of Satan when the latter tried to tempt him to disobey Allah.

After this, the pilgrims cut or shave their hair (women cut off only a small amount) and return to Makkah to repeat Tawaf and Sai. They sleep at Mina and repeat the stoning of the pillars on the next two days. A final Tawaf before leaving Makkah completes the Hajj. Many pilgrims also go to Madinah before or after Hajj in order to pray in the Prophet’s Mosque and visit his grave, although this visit to Madinah is not necessary. The above is only a summary. There is some variation in the performance of Hajj, depending on whether the individual pilgrim chooses to also performUmrah (often known as the lesser pilgrimage) beforehand and whether this will be while in one prolonged state of ihram or two separate ones for `Umrah and Hajj. 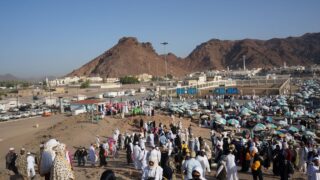 Uhud: A Mount that the Prophet Loved

Mount Uhud is located north of Madinah. Uhud has an attractive look. The Prophet loved and felt relieved on seeing it. 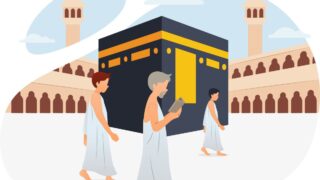 The article contains different fabricated acts to be done before the Ihram. 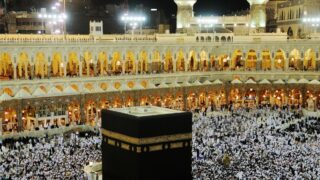 The Essence of Hajj

The point we should ponder over is why Allah and His Messenger granted Hajj so much importance. 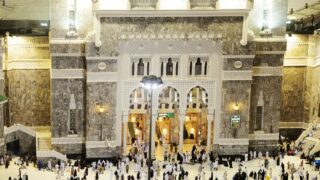 Ar-Ramal is the ritual where male pilgrims are required to walk briskly in dignity.