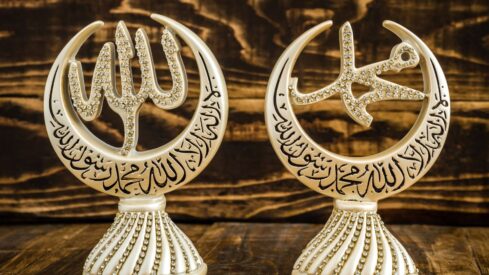 Amongst all leaders in the world today, no matter how many Presidential Debates, elections (clean or unclean), there is non-other than the leadership of Prophet Muhammad (peace be upon him), who was the all-encompassing leader.

He was after all, a doting father, a loving husband, an entrepreneur of integrity, a statesman of caliber, a political leader by objectives, and a spiritual guide perfected by the Quran.

Throughout many examples of the Prophet’s leadership, one poignant turning point in Islamic history is the hijrah (immigration to Madinah). In fact, hijrah out of Makkah took place in many stages, and this was to facilitate the safe departure of Muslims from the oppressive land that was being governed by the proud pagan Quraysh and similar tribes.

Prior to Madinah however, a small group of Muslims were asked to leave Makkah as amiable news of the Negus King of Abyssinia had reached them through Divine Revelation. The first hijrah was therefore to Abyssinia and the Seerah of the Prophet reports that the Muslims moved out in two groups.

Slowly, Prophet Muhammad, peace be upon him, planned for an exit plan for the first handful of Muslims and bound for the Christian-majority country. The Negus opened up Abyssinia immediately to the peaceful envoy of Muslims, despite attempts by the Quraysh to put a halt to their plans to settle down in the Christian land. It was through Prophet Muhammad’s selection of leaders of the hijrah – Uthman ibn Affan, Ja’far ibn abi Talib and the Prophet’s own daughter, Ruqayyah, that the envoy had successfully mitigated the discord that was being caused by two Quraysh leaders.

Sending Muslim Believers to Safety after a Painful Boycott

The initiation for the hijrah (immigration to Madinah) took place after the year of sadness. The Muslims had suffered a long, three year boycott by the Quraysh and it was hard enough on Prophet Muhammad and his family as it was on his non-Muslim uncle Abu Talib. Though remaining firm in his own beliefs of his fore-fathers, Abu Talib had always been the pillar of support and the one person who marked the bridge between the Muslims and those who chose to vilify them. To a certain extent, he provided protection, and mostly to Prophet Muhammad who was the targeted victim of the time.

After Abu Talib passed away, Prophet Muhammad had to deal with such a devastating personal loss, alongside the loss of his beloved wife, Khadijah. He made it clear however, that no matter what worldly desires he would be given, Islam would continue to be the message that he was going to champion.

Prophet Muhammad, at this juncture, had to make the difficult decision of having to move his followers out of Makkah in order to continue to spread Islam and to protect them from the potential harm that would come their way if they continued to practice Islam while the Quraysh were inclined to increase their torment upon believers. So it was through here that the Prophet formulated the hijrah to Madinah, in a decisive and systematic fashion for the safety of everyone.

Seeing that hostility was at its heights in Makkah, Prophet Muhammad had to roll out a plan to make allies outside of the vicinity. He made several envoys to various neighboring countries, and it was through people from Yathrib (now known as Madinah) that Islam was slowly embraced outside the growing population in Makkah.

Amongst the new Muslims who embraced Islam were: Suwayd ibn Samit, Ayas ibn Mu’adh, Abu Dhar Al-Ghifari, Tufayl ibn Amr Dausi, Dhimad Azdi, all of whom were men with different backgrounds of caliber. This began to solidify the establishment of Islam outside a close-knit community, allowing the faith to spread slowly in the outside world.

Another meeting surfaced during the Prophet’s travels was of the six pilgrims from Yathrib who were at odds with the local Jewish community. These men were aware of the coming of a Prophet, as the Jews often quoted their Scriptures, thinking that Prophet Muhammad would materialize from amongst them. When these pilgrims heard what Prophet Muhammad had to say about himself, they embraced Islam immediately, realizing that though the prophecy was true, but the last Messenger had emerged amongst the Arabs, and not the Jewish tribes.

It was during this time that pacts were made, and this was specifically called “the Pledge of Aqabah”. Five of the six pilgrims brought back seven new reverts to pledge allegiance to the Prophet. This was to establish a relationship between the original handful of Muslims with their new Muslims, in order to ensure an alliance between the two. But of course, the underlying arrangement was to please God.

The next step was for Prophet Muhammad to send a teacher to Madinah for Islam to be properly taught to others. Mus’ab ibn Umayr was selected to go. Mus’ab’s task wasn’t particularly easy and he faced opposition, but through his calmness and steadfast demeanor, more interested parties, in particular the leaders of tribes, were brought to Islam.

The Transition to Madinah

The second pledge of Aqabah was the turning point for hijrah – the long awaited plan was going to happen. Seventy-three Muslims from Yathrib who were on the Hajj pledged allegiance to the Prophet, offering unconditional protection and support as fellow Muslims.

The allegiance was bitter-sweet as some of the Prophet’s companions and relatives – some of whom who had yet to accept Islam – were being left behind in Makkah and they were worried that Prophet Muhammad and his companions would turn their backs on them, or worse still, wage war upon them in the future. The Prophet assured that none of this would happen, as kinship remained important and Islam did not allow attacks upon another who was not hostile towards the religion. The Prophet then appointed twelve leaders of Yathrib (Madinah) to be responsible over their brothers and sisters in faith.

Following the pledge, some chaos did surface. The Quraysh were enraged at all the planning. Initially they assumed that these were rumors, but as the people of Yathrib (Madinah) began to move out, the Quraysh deployed their men to capture them for “penetrating” the sanctity of pagan Arabs. By God’s will, all of them managed to escape and return to Madinah.

History of the First Civilization known to Mankind

The Muslims moved out slowly, mostly by night, and in smaller groups. Many of the Quraysh were on guard to stop people of their clan from leaving the place, and many of those who were vulnerable to attacks moved in fear, but full of faith that God would protect their intentions of relocation. Umar ibn Al-Khattab, known for his fierceness, walked out of Makkah in broad daylight, completely unafraid of opposition. It was least to say, that the men of power cowered at his sight, so he gathered 20 people to travel with him, whom he continued to protect.

The Quraysh nonetheless were still infuriated by all these plans, waking up to less and less Muslims in Makkah, and for many who remained, they were protected by others who were of higher status in Makkah, and who decided to remain. But worse still, the fear of Muslims becoming a strong civilization in such a nearby vicinity, in the Arabian Peninsula, was too much to bear. The plot to assassinate Prophet Muhammad was finally enacted.

This was the time for Prophet Muhammad to make his move. But it wasn’t until Arch Angel Gabriel brought glad tidings of his escape plan: “Don’t sleep in your bed as usual.”

The Prophet used to nap after the evening prayer and would wake at midnight to perform Tahajjud prayers at the mosque. But on the night of his departure, Ali ibn Abi Talib, took his place in his abode, with full faith that this was part of the course that he had to take to facilitate the Prophet’s journey.

For three days prior to that, the Prophet had planned with his close friend and companion, Abu Bakr, the person he trusted most and loved deeply. Abu Bakr also had a calm air to him and was a very patient and empathetic man. On that night they made the coveted move – guided by a non-Muslim, by the name of Abdullah ibn Uraiqit, who was well versed in the journey between the two polar points of Makkah and Madinah.

While the assassins surrounded his house for assassination, Prophet Muhammad was reminded that God was the Best of Planners, and while reciting the verses: {We have placed a barrier in front of them and a barrier behind them, We have covered them so they cannot see.} (Ya-Sin 36: 9), Prophet Muhammad left his house to meet with Abu Bakr and they started their turbulent journey to Madinah.

Needless to say, when the assassins ambushed the man who emerged from the Prophet’s house, they were shocked to see Ali instead of Prophet Muhammad. Ali settled the Prophet’s affairs on the quit; he also left for Madinah on foot.

By then, the Prophet and Abu Bakr stopped to rest, hide, and pray for their safety. They knew they were being viciously hunted down. Even Asma’, the daughter of Abu Bakr, had been slapped by Abu Jahl for refusing to reveal the location of her father. Little did they know, Asma’ was quietly carrying provisions for the two men in the middle of the nights as they hid in a cave.

Finally, the Prophet and Abu Bakr arrived in Madinah, safe from harm, and in full protection of the Ansar (the helpers) who were overjoyed with the arrival of the Prophet and his companion.

Hijrah is extremely significant in Islam as it marks the turning point for the religion: moving from a place with hazardous responses to the faith to a strange land that was welcoming. This could only happen through the planning of the Prophet who carried out his duties for the sake of God. Other Muslims in Makkah began to migrate after him, but some were unable to leave. Prophet Muhammad made constant efforts to remove them from harm and his prayers for them never ceased.

There is so much to learn from hijrah. It’s not just a part of history but a cornerstone that we constantly need to reflect upon.

Everyone has his own hijrah within his own capacity, in his own jurisdiction and at his own time. The lessons are multi-fold, and it is beneficial for us to take time and reflect upon them, especially when it comes to the leadership of Prophet Muhammad, peace be upon him.

The article shows some instances from the life of Muhammad to showcase the noble Prophet's characters.

Outstanding Forgiveness of the Prophet

Prophet Muhammad never took revenge on anyone for personal reasons and always forgave even his firm enemies.