Ramadan and the Lunar Calendar 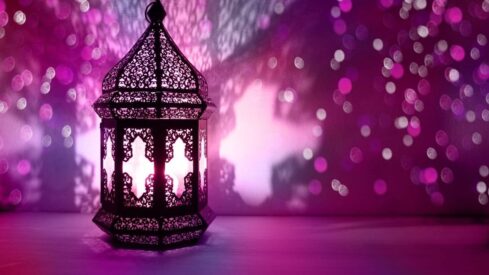 Before the advent of Islam, Arabs used the lunar calendar. This calendar – 11 days shorter than the Gregorian calendar- did not follow the seasons. The yearly Hajj or Pilgrimage at that time of idol worshiping was more like a big festival, and since the lunar calendar did not follow the seasons, the Hajj took place during a different month each year. This meant that during certain years, the Hajj came during the seasons when the crops were not yet ready for harvest and therefore not available for sale, thus interfering with the feast preparations for this event.

The Arabs therefore devised a method to overcome this predicament by adding a month to the calendar on certain years. This method was called kabisa. The time when the Hajj was to occur thus became variable and the announcement of its date was subsequently made during the preceding Hajj. This announcement was first the responsibility of a man named Qalammas. Qalammas was from the Bani Kinana tribe, the tribe from which Hashim 464–546 A.D. was a descendant and who later became the father of the Quraish tribe (the tribe of the Prophet Muhammed peace be upon him). Qalammas was also responsible for announcing which month was to be followed by the extra thirteenth month. All those who took up this occupation of announcing the Hajj time were thence called Qalammasa.

The Lunar Calendar in the Quran

The Prophet Muhammed (peace be upon him) announced the discontinuation of the practice of kabisa and the abandonment of the Qalammasi calendar. The lunar calendar was used as ordained by Allah and the time for Hajj was fixed on the same day of each lunar year.
The following Quranic verse entails the use of the lunar calendar as the calendar to be followed by Muslims:

“He it is who appointed the sun a splendor and the moon a light and measured for her stages, that ye might know the number of the years, and the reckoning.” (Surah10 Verse 5)
In this next verse Allah directs the Muslims to fix the time of Hajj:

“They ask thee concerning the New Moons. Say: They are but signs to make fixed periods of time in (the affairs of) men, and for Pilgrimage.” (Surah 2 Verse 189)

The number of months in each year as directed by Allah was to be 12 as shown in the following verse:

“Lo! The number of the months with Allah is twelve months by Allah’s ordinance in the day that He created the heavens and the earth.” (Surah 9 Verse 36)

Setting the Beginning of an Era

The Lunar calendar was therefore used during the time of the Prophet; no fixed year, however, was set to be used as the beginning of the Islamic era. It is reported by Ibn Abbas that the people of Medina came to use a month or two after the arrival of the Prophet (p.b.u.h) as the beginning of their calendar, but this was discontinued after his death. There was no era used during the caliphate of Abu Bakr. It was not until the fourth year of the second Caliph, Omar ibn AlKhatab, that the Hijra calendar was to be used. Ahmad ibn Hanbal and al-Bukhari report through Maymun ibn Mihran that “an I.O.U. payable in Sha’ban was presented to Omar. Thereupon, Omar asked which Sha’ban, last Sha’ban, or this one or the coming one? Give the people something that they can understand.”

AlHurmuzan, the former king of alAhwaz (before his capture by the Muslims during the conquest of Persia) who later converted to Islam, suggested the use of the Persian calendar. This calendar, however, did not gain acceptance by the Muslims, as it had no fixed epoch since the Persian era was started anew after the ascension of each new king to the throne. After listening to the different suggestions, the Muslims agreed upon the use of the Hijra (immigration) of the prophet from Mecca to Medina as the start of the Islamic era. The first of Muharram of the year 1 A.H coincided with July 16, 622 by the Gregorian calendar.

The Hijra was used instead of the birth date of the Prophet (p.b.u.h) or the date of the revelation of the Holy Quran since the exact date of these two events was not known for certain. The date of the prophet’s death, although known, was too sad an event to use. It was thus decided that the Hijra was to be used to mark the beginning of the Islamic calendar.

The twelve lunar months are Muharram, Safar, Rabi I, Rabi II, Jumada I, Jumada II, Rajab, Sha’ban, Ramadan, Shawwal, Thulka’dah, and Thulhijjah. The number of days in each month alternates between 29 and 30 days. The lunar year therefore consists of 354 days. The Islamic calendar divides time into cycles of 30 years. In each cycle there are 19 years consisting of 354 days and 11 years consisting of an extra day making them 355 days long.

Ramadan and the Lunar Calendar

The beginning of the month of Ramadan is marked by the spotting of the crescent (new moon). The moon is considered new when it begins its new cycle around the Earth. The moon goes through phases, starting with new moon, passing through crescent, half and gibbous moons, to the full moon, and back again. The time it takes the moon to go from one new moon to the next is known as the synodic month, and is 29.530589 days on average. However, since the Earth is also orbiting the sun at the same time, by the time the moon completes its cycle around the Earth, the Earth itself has moved a twelfth of its journey around the sun. In order for the moon to complete its cycle to new moon, it must complete its orbit and a bit more in order to get back in between the Earth and the sun again. Because of the perturbations of the orbits of the Earth and Moon, the actual time between new moons may range from about 29.27 to about 29.83 days (Hermit eclipse, 1995).

The date and time of each new moon can be precisely calculated, however for the marking of the start of Ramadan in most Islamic countries, the new moon must be seen by the unaided eye. Some Islamic countries, nevertheless, depend on scientific calculations instead of the actual sighting.

The visibility of the crescent moon depends on several factors, such as the location and experience of the observer and how clear the sky is at the time of the sighting. It is usually difficult to see the crescent moon during the first day of the new moon. It lies very low in the western sky after sunset, has low surface brightness and is very thin at this time. According to the U.S. Naval Observatory, the record for an early sighting of a lunar crescent with a telescope is 12.1 hours after new moon; for naked-eye sightings, the record is 15.5 hours from new moon. These are exceptional observations and crescent sightings this early in the lunar month should not be expected as the norm.

The Islamic calendar being lunar instead of solar has great significance concerning the month of Ramadan. If the calendar used was solar, Muslims living in one hemisphere would have the advantage of fasting in cooler, shorter days, while those living in the other hemisphere would have to fast in the hot and longer days throughout their lifetime. With the lunar calendar, however, the seasons rotate every 32 or 33 years so that the difficulty or ease of fasting is equally shared by all Muslims around the world. This calendar also leads to the rotation of Hajj among the different seasons.

The start of the Islamic calendar with the Hijra shows the importance and significance of this event in Islamic history. It is a period of great sacrifice on the behalf of Muslims and of their patience and perseverance. To begin the calendar with this year in particular is harmonious with the teachings of Islam, which are based on self-sacrifice in the sake of a greater and more important purpose. This sacrifice committed by the early Muslims is the basis by which the Muslims became powerful and the word of Allah spread not just throughout Arabia but also throughout the whole world.