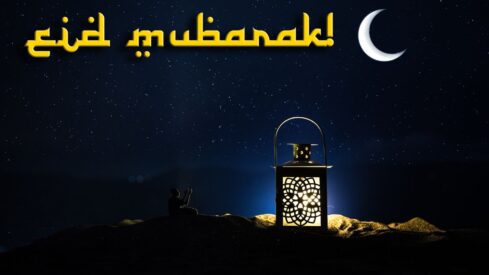 When the Prophet was asked about those entering paradise, he responded, “The first batch (of people) who will enter Paradise will be (glittering) like a full moon…”

The Islamic calendar, based purely on lunar cycles, was first introduced in 638 C.E. by the close companion of the Prophet (SAW) and the second Caliph, Umar ibn Al-Khattab, who lived from 592 to 644 C.E. (RAA) in an attempt to reconcile the various, at times conflicting, systems being used for dating during his time. However, the Hijra calendar is not just a sentimental system of time reckoning for Muslims; rather, it has a deep religious and historical significance, and has had many scientific influences on our daily lives in the areas of psychology, physiology, and the environment.

By returning to the use, or at least the recognition, of the lunar calendar we gain many benefits as Muslims. From a historical angle, all of the events and celebrations of Islamic history are recorded in the Hijra Calendar. The start of Ramadan is determined by the sighting of the crescent-moon (hilal). The Prophet (may Allah bless him and grant him peace) has said, “Fast at its sighting, and terminate the fast at its sighting” (Bukhari, Muslim). Our use of the Gregorian calendar makes us forgetful of the spirit of these events and the lessons we can learn from them.

The Qur’an says, “And he has subjected you to the night and day, and the sun and the moon and the stars are subjected by his command.” Many scientists believe that “subjected” in this context implies much more than simply being the basis for a calendar. Studies have shown that the moon, in fact, influences our moods and physical cycles.

Although most people today cannot tell you when the new or full moon will appear, these same lunar cycles can provide us with so much insight into fertility and mood cycles. It is more than obvious that the effects of the lunar cycle and its phases can be seen in numerous life forms, including fish, shellfish, insects, mammals (including humans), and plants.

For example, shellfish renew their shells, and undergo regeneration and sexual activity in accordance with the lunar tidal cycle. Guppy-fish have color sensitivity on their back that is most responsive during the full moon, and least responsive at the new moon. The golden hamster displays lunar rhythms in activity, and urinary volume and acidity.

Moon cycles are well known to hunters and fishermen. Sea creatures show a high lunar sensitivity; their reproductive cycles being affected by the rhythms of the moon. Exact lunar rhythms have been demonstrated in the reproductive cycles of fish. Oysters open their shells at high tide. Shrimpers flock to a full moon, at which time they predictably rise to the surface to feed.

Animal studies show that physical activity, metabolism, aggression, and sexual behavior are dramatically increased in many species at the time of the new and full moons. To deny that the moon affects the human species as well is shortsighted; however, many people around the world still feel compelled to debate and research the topic.

One Italian study (Ghiandoni et al, European Journal of Obstetrics, Gynecology and Reproductive Biology, March 1998, vol. 77, pp. 47-50) found a correlation between spontaneous full-term deliveries and the lunar month, with delivery day being correlated with the first or second day after the full moon. Most importantly, fertility cycles are synchronized with the moon; thus, couples wishing to conceive have the best results when they observe the moon’s cycles rather than solar cycles.

A Russian study (Lucatelli and Pane, Biofizika, Sept.-Oct. 1995) has found that in some cases of manic-depressive illness, “planetary locations in relation to the lunar month could be correlated with the susceptibility to bipolar manic-depressive syndrome. Other studies have found large correlations in emotional (including violent) acts around the full moon and a tendency for people to become depressed or introspective during the waning of the moon.

Traditional moon wisdom states that on the day of the New Moon the body’s capacity for detoxification is at its highest. This is a time, tradition says, to make healthy lifestyle changes, break bad habits and withdraw symptoms of imbalance. This is in complete synchronization with the fact that the prophet used to fast on the days of the full moon, saying, “It is like fasting the whole year.”

The Qur’an (10:5) says, “It is He who made the sun a shining and the moon as a light and measured out stages that you might know the number of years and reckoning. ” The moon, in fact, is a reckoning for many events. Farmers are known to say, “A circle seen sometimes around the moon means it will rain or snow soon.” Scientists say this circle is caused by refraction of light through ice crystals that are quite high in the troposphere and are usually associated with a thin layer of cirrus clouds. Often, this layer of ice crystals will precede a developing storm by 24 to 36 hours. Although the circle does not necessarily mean rain or snow, it can be an indicator that there is a chance of precipitation over the next couple of days.

Tradition also says, “If the new moon holds the old moon in her lap, expect fair weather.” Scientists say this is so because, during fair weather conditions, the air is more stable, which minimizes turbulence. Research has linked hurricanes to full and new moons. Data has also shown that rainfall is more likely to occur at the first crescent than at the first quarter of the moon, and at the disseminating moon phase rather than at the third quarter.

Both the sun and the moon affect our water supplies (all water, including the water within the earth, and not just large bodies of water such as the oceans and rivers) through their magnetic pulls. Although the sun is much bigger than the moon, the moon is much closer to earth and so, its pull is greater. The movement of the moon is connected to the rising and falling of the tides. Seeds sown and crops planted while water is rising during the waxing or increasing moon can more easily absorb water than those sown in the waning or decreasing phase. Therefore, we plant crops that thrive in dry conditions during the waning phase, and aboveground crops that need lots of water during the waxing phase.

Certainly, Allah has subjected us to the moon. We would be wise to bear this factor in mind, and keep our Islamic calendars close by our Gregorian calendars at all times.