The divine Sunnah has been devoted to guiding human beings by choosing some of them to carry out the tasks of guidance, education, purification, and elevation from the misguidance of successive ignorance to the straight path prescribed by God, Lord of the worlds.
The one who examines the history of the prophets and messengers will notice the apparent success and victory of the messages, for most of the creation has forgotten or strayed from the teachings of the philosophers, and they have devoted themselves to remembrance and glorification of the messengers and prophets, because the soul is attracted to the first nature, the nature of religiosity and monotheism, and the attachment to immortality that was preached by the messengers.

And in order to facilitate these tasks that indicate God’s kindness to His servants, the messengers were numerous, their laws varied, and their distribution in the populated area of the earth: “And there is not a nation without a warner in it” [Fatir, 24] and the evidence for that exceeds the count. The missions were different, and in the common tongue “so that people will not have an argument against God after the messengers” [An-Nisa, 165], and historians of religions say that the holy books were written in different languages, some of which are authentic with their tongues such as Hebrew, Aramaic, and Arabic, and some are translated into other languages such as Syriac and Latin. .
The benefit of sending in the private tongue, which is well-known in its systems, feelings and revelations among the addressees, is to bring the call closer to the recipients, in order to block the openings of regression, establish the evidence, and clarify the argument, so that there is no excuse left for the excused one, (And we did not send any messenger except in the language of his people to explain to them ( [Ibrahim, 4]

The biography of the Prophet, may God’s blessings and peace be upon him, is considered an immortal constitution for preachers in understanding the religious and moral reality of the invited nations. It suffices to recall the brilliant success of the Islamic conquest in absorbing many peoples and cultures, in the miracle of the call with which the Companions conquered a quarter of the ancient world in a quarter of a century.
For the sake of the foregoing and in order to trace the evidence for understanding the words of the invitees, the preachers today must do the following:

The knowledge of the Prophet, peace and blessings be upon him, about his contemporary religious and sect history was evident, as in the hadith of ‘Adiyy bin Hatim al-Ta’i, in which the Prophet explained his religious affiliation to one of the Christian sects in the hadith “Were you not a Rakosia”, and his knowledge, peace be upon him, of the turbulent religious reality in the Byzantine Empire when he addressed Heraclius “If you rejected Islam, then you will bear the sin of the Arians” [Bukhari, 7]. Which refers to the necessity of carefully examining sects, congregation, religions and creeds in today’s world, making it easier for preachers to penetrate and extend.

B- Knowledge of linguistic and literary reality:
So literature is the manifestation of people, and it is the true picture of their life, expression and livelihood, and the Prophet is the most eloquent Arab, and he was knowledgeable in the dialects of the Arabs. He was a son of Makkah which many Arab tribes come to for Hajj and ‘Umrah, He was also knowledgeable of the Yemen’s dialect, there is in the Qur’an many recitations that were traced to Arab’s dialect. It was even reported in some hadiths the Prophet’s knowledge, may God bless him and grant him peace, of some foreign languages such as Persian and Abyssinian [Bukhari, 2905].

The prophets have set the lofty example of argumentation, persuasion, and debate for their linguistic perfection and mental abilities, and the Qur’an is a sublime, illustrative miracle that can be translated into all languages, and his hadith, may the peace and blessings be upon him, in the lofty way in brevity, miraculousness and eloquence. For this reason, preachers must know these languages and enter their literature, and the necessity of adopting the language of the era, the place, the country, and the gender. For every era has its terminologies, and that is what leads us to usage of modern language and do away with old style in assonance, harshness or obsolete, and treating the contemporary issues with the acceptable and familiar language. As it is circulated in the successful media and the high-end press.

C – Knowledge of customs and norms:

This is by observing her and responding to her beauty, and slowing down with her bad, and gradual in erasing the unclean from her is something intended for the purposes of the Shariah, which does not restrict people’s customs as long as they do not contradict a definitive text, and this appears in the customs of weddings and celebrations, food and clothing, for the Prophet, peace and blessings be upon him, wore the clothes of his people in Makkah. And in Madinah he wore the wrapper, and in Tabuk he wore a Shami or Roman kibbe, and ate from their cheese, and he was not taught to eat lizards, and the Companions did not refrain from eating what was permissible for other peoples, and with slowness and deliberation, false habits were erased.
In Sheikh Muhammad Al-Ghazali’s book “The Future of Islam Outside its Land, How Do We Think About It” wonderful gestures to facilitate the call, for what we call upon is the necessity of jurisprudential selection of some issues in light of the well-established customs of other peoples. Therefore, he recommended that preachers in Korea and the Far East should follow Malik’s doctrine of hatred for dogs. Because it is the focus of their food and many of their affairs are in it, instead of imitating the prohibition that the Hanafis said.
Sheikh Al-Ghazali cautioned against imposing the traditions of the Arabs on the Gentiles, because they are not Islam, and how much he mourned the doctrine and fanaticism of the statement of the commentator and leaving the text of the Shariah and its purposes and goals. And he said: persistence in this narrow and indolent path does not gain Islam a new land, but rather loses it its own land.

Sheikh Al-Qaradawi mentions that some jurists in Indonesia have lost an entire tribe because of their strictness in the practice of circumcision, despite the existence of opinions that see its Sunnah only. To facilitate religiosity, endearment to people in Islam, and cut off the road to the convoys of missionaries.

D – Knowing the spirit of the time and its problems:

It is the observation that many neglected, as a result of the dependence on the ideal situations that captivated us with their purity, especially the generations of the righteous predecessors, which frequently preached without taking into account the social conditions of those who found good helpers were upon, which is not easy in this time, that is surrounded by the temptation of desires and suspicions in comparison, the fates become smaller, and many of the elevators in the rope of religiosity recede as a result of the static perception of the impossibility of reaching the peaks and hills that the predecessors inhabited, and the solution is for the preachers to take into account the spirit of the time, and appreciate its harsh conditions. Holding on one’s religion today is like holding on a cinderblock, the best is to lead people, especially, the youth, to Commitment to commands and abandoning major sins, which is the minimum that can be described in Islam.

Among what we learn from the purposes of the special tongue is the subject of the diversity of the advocacy specialization of the prophets in treating the ills of their people and the problems of their era, as Hud and Saleh dealt with tyranny and reverence for physical strength, and Shuaib preached on the economic greed, Lot suffered with behavioral deviation, Moses resisted political tyranny, and Jesus resisted psychological deviation and doctrinal deception and after them, Muhammad, may God’s blessings and peace be upon him, who overturned the natures of the Arabs and made them a new living nation after death.

With this and other understanding of the meanings of the linguistic tongue, the literary circulation, and the common spirit, the Islamic call can cut its strides in gently and hard march until the religion of God Almighty appears, which is apparent with the promise of the honest and trustworthy. 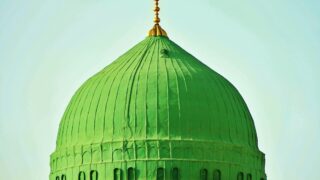