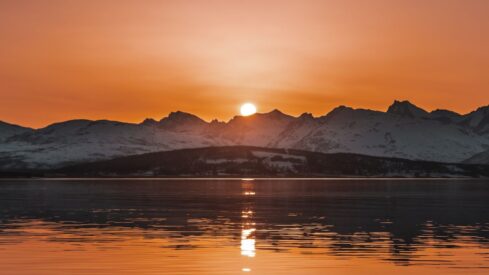 Prophet Muhammad (peace and blessings be upon him) and his companions knew something that is not often displayed today. They were able to face difficulty with a certain determination in their heart; they were grateful for even the seemingly small blessings; they took pleasure in praying at night while the people were asleep and that gave them the inner peace.

What they knew was this: if they sought Allah Almighty, they would not be let down.

This is the secret to the statement of Abu Bakr to the Prophet during the battle of Badr, when the Prophet was crying out to Allah Almighty in an impassioned supplication until his cloak fell from his shoulder. Abu Bakr said, “O Messenger of Allah, this prayer of yours to your Lord will suffice you, and He will fulfill for you what He has promised you!” And He did, the battle was won by the Muslims.

We may chase after compliments, praise and attention – but after that momentary pleasure, it will fade away. What will be left is mere emptiness. We go after money, power and status – but it won’t end there, because we will always want more. And our hearts will always be perturbed because these things are temporary. Once we have reached the goal, the pleasure we feel will wear away and we will want something else or something more.

If we find ourselves in that position, these words are hard to read because, in a sense, we don’t want to give up the chase. We think, perhaps, somehow, we will find that which we are looking for. It bothers us to have to prioritize Allah and His religion in our lives, because that might get in the way of worldly pleasures. But “truly it is in the remembrance of Allah that hearts find rest.” (Ar-Ra’d 13:28)

We may have heard this verse a hundred times before. However, the one thing that we must know is that if we truly want that comfort in the heart, it must be through seeking God.

Look at the Prophet; he could have compromised his principles when Quraish offered power, wealth and women for him to tone down his message. They even tried to negotiate a power-sharing agreement whereby the other gods would be worshiped on some days and the One would be worshiped on others.

Declining these offers caused the Prophet physical hardship, but he was at rest in his heart. Why? Because he knew that, ultimately to seek the pleasures of life for the sake of pleasure was not the goal, no matter how tempting it might be. He knew that whatever he gave up was temporary, because the real comfort in this world is with Allah. And he was not let down.

So when a person reads the Quran, and Allah tells us He is with the patient – let us take comfort in that. When the Prophet tells us that Allah is too shy to turn away the hand that asks Him with nothing, let our hearts find rest in that Allah indeed has heard our supplication and will give us something.

Therefore, as we near the end of this section of things to know in seeking tranquility of the heart, let us take the Prophet as the example we should aspire to. He knew that if he followed the path to Allah, no matter the physical hardships, Allah’s promise would prevail. And that gave him ultimate peace at heart.