A New You – Live Within the Limits of Your Day (3) 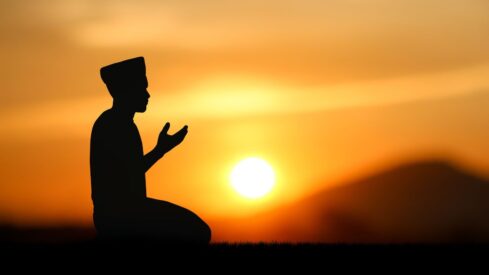 It is wrong to burden your day with worries of tomorrow. Our main business is not to see what lies dimly at a distance, but to do what lies clearly at hand.” – Thomas Carlyle.

Jesus (peace be upon him) did not complain about yesterday’s stale bread or worry about tomorrow’s bread; he asked God only for today’s bread.

He prayed: “Give us this day our daily bread.” (New International Version, Matthew 6:11)

“No, this prayer teaches us to ask for today’s bread only. Today’s bread is the only kind of bread you can possibly eat.” – Dale Carnegie.

Living within today was also the advice of Prophet Muhammad who said:

“Whoever among you wakes up in the morning healthy in his body, secure in his house (or his family), and has his day’s food, it is as though the world has been brought into his possession.” (At-Tirmidhi)

Any day, by having these core elements, one has the world. Health, security, and one’s day sufficiency for self and family are gifts that should not be belittled; they provide the force that enables the mind to think and create, and the body to work and produce.

Precipitating troubles that have not yet arisen is foolish. They are often mere illusions born of pessimism. Even if they are true, it is wrong to ruin today with past or future fears.

One should start each day as if it is an unconnected world, with its time and events, separate from all others.

It was reported that Prophet Abraham (peace be upon him) would say when he woke up at the break of the dawn:

“O Allah, this is a new creation. Begin it for me with obedience to You and end it for me with Your Forgiveness and Good Pleasure. Grant me in it a good deed which You accept from me, purify and double its reward. Any bad deed I do, forgive it for me. Truly, You are Forgiving, Merciful, Kind, and Generous.” (Al Ghazali, Ihya’ Ulum al-Din)

The strategy of dividing life into portions and receiving each with an enthusiastic spirit and renewed determination finds support in the life and words of Prophet Muhammad. Upon waking up, he used to say:

“We, and the whole kingdom, have entered a new day all belonging to Allah. O Allah, I ask You for the goodness of this day, its victory, its help, its light, its blessings, and its guidance. I seek refuge in You from the evil of this day and from the evil of what follows it. In the evening, he would say the same.” (Muslim)

He would also supplicate saying:

This understanding of life, which is living in the present instead of dwelling on the past or projecting into the future, instills great courage in a believer. As the poor, righteous man, Abou Hazim, who challenged kings said: “Between kings and me is one day. They no longer feel the delights of yesterday, and they and I both fear tomorrow. It is only today. What can it be?”

Al-Hassan Al-Basri added: “The world is three days: Yesterday, with all that was in it, has gone. Tomorrow, you may never see it. As for today, it is yours, so work on it.”

Past pleasures departed with yesterday. Nothing of it can be retained. Tomorrow is hidden and is equally apprehended by the high and low. There remains only the present day, within whose limits live wise people who, by living in the present from a position of free will, self-motivation, and discernment of the current day’s goals, become a king. So where lies the superiority or privilege of worldly kings over others?

Yet living in the present does not mean ignoring the future and not preparing oneself for it. Dale Carnegie said: “By all means take thought for the tomorrow, yes, careful thought and planning and preparation. But have no anxiety.”

Thinking of and planning for tomorrow is sagacity and broad vision. Prophet Muhammad advised people to:

This clarifies the difference between heeding the future and being overwhelmed by it; preparing oneself for it and becoming immersed in it; having eagerness to make use of today and anxious anticipation of tomorrow.

By waiting for tomorrow, life is stolen from us, one day after another, until our lifetime ends with our hands empty of any real accomplishment.

“How strange it is, our little procession of life,” wrote Dale Carnegie “The child says, ‘When I am a big boy.’ But what is that? The big boy says: ‘When I grow up.’ And then, grown up, he says: ‘When I get married.’ But to be married, what is that after all? The thought changes to ‘When I am able to retire.’ And then, when retirement comes, he looks back over the landscape traversed; a cold wind seems to sweep over it; somehow he has missed it all, and it is gone. Life, we learn too late, is in the living, in the tissue of every day and hour.”

About those who wasted their lives in vain and let their days escape from their hands unused, God says:

{And on the Day when the Hour will be established, the transgressors will swear they had remained but an hour. Thus they were deluded.} (Ar-Rum 30: 55)