A New You – Nothing Will Happen Unless Decreed by Allah (5) 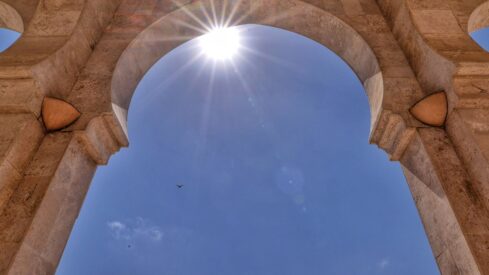 The feeling that nothing whatsoever in this universe can slip from the grasp of God pours peace and tranquility into the heart of the believer. No matter how troublesome the circumstances are or how dark the situation is, they remain under the Will of God:

This is the reliance that a Muslim places on his Lord after having done what ought to be done.

The Muslim puts his trust in God, and feels comfortable about what the future will bring after completing the necessary work, planning, and precautions entrusted to him by God.

It is meaningless to feel stress and anxiety about aspects of life beyond our will. Perhaps one regrets omissions and blames oneself for negligence, but turns of fate that one has no hand in leaving no room for regret or blame, and, consequently, no stress or doubt.

With such reliance, life is faced with certainty and courage. Without it, souls are empty of God, and events are seen as waves ebbing back and forth, in which some drown and some survive. They live controlled by the caprices of their hearts and plagued by events and doubts.

Belief in predestination imbues the soul with boldness to face today’s and tomorrow’s challenges and gives the flowing events of life a new identity that are approached with general contentment rather than anxiety. Such a belief makes us face, while smiling, the loss of soul and belongings, which is the meaning of God’s words:

{Say, “Nothing will happen to us except what Allah has decreed for us; He is our Protector.” And in Allah let the believers put their trust. Say: “Do you wait for us (any fate) except for one of the two best things (martyrdom or victory)?} (At-Tawbah 9: 51-52)

Whatever, all outcomes are good for believers; either winning the battle or dying trying, which is even superior, as it earns them the sure and everlasting reward from God.

For people without religion, whether they win or are defeated, punishment is sure to overtake them sooner or later:

{While we wait for Allah to afflict you with a punishment either from Himself or at our hands, so wait; we too are waiting with you.} (At-Tawbah 9: 52)

Separation from God, through distrust in Him and His goodness, makes a person pessimistic. Souls will not find rest until they are filled with pure faith in God, submission to Him, contentment with what He has ordained, and acceptance of the worst of what could happen as His Decree from which there is no escape, as instructed by the Prophet:

Having this creed releases one from stress and pain, and lays down heavy burdens and anxieties. Therefore, the Prophet said:

Yet it must be emphasized that submission and resignation begin when circumstances are beyond the ordinary will of control and outside the domain of free choice. There should be no hiding behind fate as an excuse when one can or cannot do something.

By watching the subduing turns of fates – which are beyond our free will – and discerning God’s work in outcomes, whether sweet or bitter, our emotions are regulated and kept from becoming intense or exaggerated.

This moderation is characteristic of wise and experienced people, who are temperate in their joy and sadness, and their overall reactions, meeting that which is pleasant or unpleasant with calm feelings. This is the gist of God’s words:

{No calamity happens on the earth or in yourselves but it is inscribed in the Book of Decrees, before We bring it into existence. Verily, that is easy for Allah, In order that you may not grieve for what has escaped you, nor rejoice in what has been given to you; Allah likes not prideful boasters.} (Al-Hadid 57: 22-3)

The aim is not prevention of the natural sensations of pain or pleasure; rather, it is restraint of overwhelming indulgence, whether excessive joy whose ecstasy may distract from what is right or excessive grief whose agony may crush the will.

Dale Carnegie said in How to Stop Worrying and Start Living: “No one living has enough emotion and vigor to fight the inevitable and, at the same time, enough left over to create a new life. Choose one or the other. You can either bend with the inevitable sleet-storms of life – or you can resist them and break!”

An unwavering discernment of God’s work in all happenings, as a fruit of belief in predestination, keeps emotions from fluctuating high and low, and renders them moderate, controlled, and lenient in the face of afflictions.

“The analogy of a believer is that of a fresh tender plant; from whatever direction the wind comes, it bends. But when the wind subsides, it becomes upright again; such is a believer when afflicted with calamities, whereas the impious is like a pine tree which stands rigid and straight, until Allah snaps it when He so wills.” (Al-Bukhari) 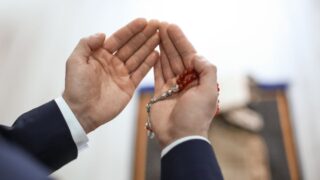 How to Find Inner Peace Resignation: A Sign of True Belief