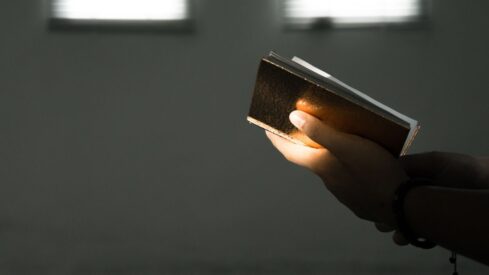 Who knows? Perhaps something good comes from something bad. Perhaps an opportunity is wrapped within a calamity. As the saying goes: “Every cloud has a silver lining.”

Who knows? Perhaps difficult times, through good management, lead to better days, and positive outcomes emerge from an unpleasant, difficult, or even painful situation.

Most of us complain of surrounding circumstances and thereby double our lacking and suffering, although troubles and pains are the soil that nourished great figures whose skills bloomed out of heaps of difficulties and efforts.

Dale Carnegie said: “The more I have studied the careers of men of achievement, the more deeply I have been convinced that a surprisingly large number of them succeeded because they started out with handicaps that spurred them on to great endeavor and great rewards. As William James said: “Our infirmities help us unexpectedly.”

Yes, it is highly probable that Milton wrote better poetry because he was blind and that Beethoven composed better music because he was deaf. Helen Keller’s brilliant career was inspired and made possible because of her blindness and deafness.”

Great personalities have thrived in tough environments, putting the responsibility over their shoulders, not behind their backs. They accepted their bitter circumstances while giving free rein to their skills to transform their affliction into a gift.

That is the greatness; the ability to turn our lemons into lemonade, as Dale Carnegie quoted Harry Emerson Fosdick in his book, The Power to See it Through: “Wherever did we get the idea that secure and pleasant living, the absence of difficulty, and the comfort of ease, ever of themselves made people either good or happy? Upon the contrary, people who pity themselves go on pitying themselves even when they are laid softly on a cushion, but always in history character and happiness have come to people in all sorts of circumstances, good, bad, and indifferent, when they shouldered their personal responsibility.”

Such power to change a calamity into a blessing is beyond the reach of those addicted to complaint and discontent, as they prove the most unsuccessful in imbuing their life with a new meaning of happiness when it is taken from them or – more correctly – is not as they like.

Dale Carnegie said: “Napoleon had everything men usually crave – glory, power, riches –yet he said at St. Helena: ‘I have never known six happy days in my life’; while Helen Keller – blind, deaf, dumb – declared: ‘I have found life so beautiful.’ If half a century of living has taught me anything at all, it has taught me that ‘Nothing can bring you peace but yourself.’”

What Can My Enemies Do to Me?

Steadfast and purposeful people meet life with the wideness of their souls before it meets them with the afflictions it has in store. The same way as the body produces antibodies to fight and ward off germs; these people produce special meanings within that blend with their life’s ups and downs, endowing them with new subjects and titles.

Scornful of the impotent attempts of his enemies to torture him, the dignified scholar and valiant striver Ibn Taymiyyah said:

“What can my enemies do to me?

My paradise is in my heart (with me wherever I go).

Imprisoning me is seclusion with my Lord.

Exiling me is a travel in Allah’s Cause.

Killing me is martyrdom.”

Distressing afflictions turned into blessings in their eyes, received with a smile rather than despair. That is how liabilities are transformed into assets and adversities into blessings. People certainly vary in that capability of profiting from catastrophes, which is the measure of the strength of their will power, and there lies the difference, as explained by William Bolitho: “The most important thing in life is not to capitalize on your gains. Any fool can do that. The really important thing is to profit from your losses. That requires intelligence; and it makes the difference between a man of sense and a fool.”

When ‘Abdullah ibn ‘Abbas lost his eyesight and knew he would be forever blind, he did not bewail his fate, but contentedly accepted his affliction and assured himself, saying:

If Allah removes the light from my eyes,

My tongue and ears still have in them light.

My heart is intelligent and my mind is not crooked,

And my tongue is sharp like a warrior’s sword.

Dale Carnegie said: “An old truth that the Greeks taught five hundred years before Christ was born: ‘The best things are the most difficult.’ Harry Emerson Fosdick repeated it again in the twentieth century: ‘Happiness is not mostly pleasure; it is mostly victory.’ Yes, the victory that comes from a sense of achievement, of triumph, of turning our lemons into lemonades.”